On Wednesday 12- Aug. a new business held a grand opening in Bogota. The Men's salon called Mr. Freshcut held  ribbon cutting ceremony with the assistance of Bogota Mayor  Chris Keleman.   This is owned by TJ Balsamo who previously was a stylist in Ridgefield Park.  Mr. Balsamo saw an opportunity to set up his own shop in Bogota ( site of a former martial arts studio.) at 87 W. Main St. He wants this to be more than just a place to obtain a haircut.  Mr. Balsamo is looking for ways to become a part of the Community of Bogota, and be an additional step forward for the Borough.
Surround by Family and Friends Mr. Balsamo , and Mayor Keleman cut the ribbon in front of this store to officially open Mr. Freshcut. Mayor Keleman then stepped in to receive the first official  Freshcut in the new business.  Mr. Freshcut have been operating since July, but the Grand Opening has held in August to give him a chance to use a month " without any official holidays"  to create one of his own. Mr. Balsamo would like to see the anniversary of his open be used as a community event in future years. Wednesday was also the birthday of his son who was the recipient of the first official Junior Freshcut.
Mr. Freshcut has already started becoming part of the community by allowing part of his business to use as gallery space for Bogota Beautiful "Pop-up Art Gallery" with a series of drawing by Joe Gallagher. Mr. Freshcut is also hosting a ' Black & White" party on Friday 14- Aug. at the SoHo Lounge in Ft. Lee.
For more information about Mr. Freshcut please visit  web site at: www.mrfreshcut.com/
Mr. Freshcuts is located at 87 W.Main St. Bogota, NJ 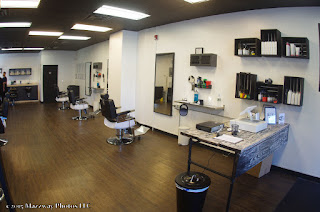 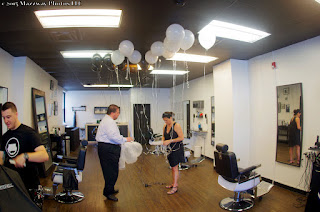 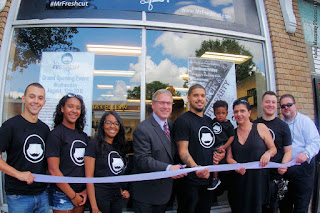 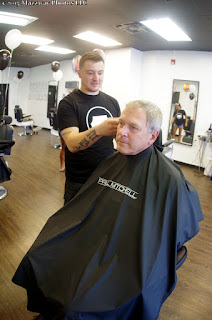 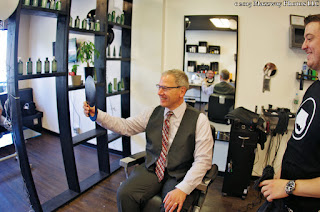 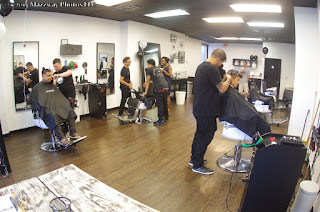 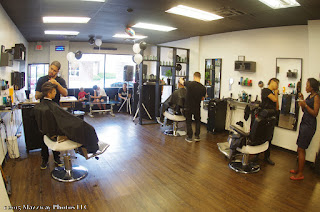 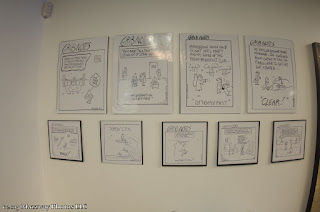 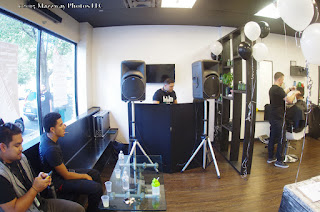