Bogota resident and Student Olivia Burnett will appear on the Spring season of the Food Network show of Chopped Junior.  Miss Burnett's Mother has explained she has always had an interest in cooking and tasting new and interesting foods.  "When she was younger, unlike her peers, she was not a fan of chicken fingers, pizza or mac and cheese.  While they were digging into the usual goodies, she preferred a well made homemade meal.  From an early age, about the age of 6, she fell in love with sushi and almost any Asian (Chinese, Thai, Japanese, Indian, etc.) food.  With her love of food she would often help me out in the kitchen but she always wanted to do more.  Around the age of 8 she began making small meals on her own.  As a family we would watch cooking shows and she would pretend that she was on Chopped or our own family cooking show.  Olivia's love of Asian cuisine is evident in the foods that she loves to cook.  Right now she is learning to perfect her sushi rolls.  One of her favorite dishes to make is a shrimp stir fry.  I am constantly impressed by her skills in the kitchen, especially since she hasn't taken any cooking or baking classes." When the  opportunity to apply for her to appear on Chopped Junior the Burnett family took the advantage of chance to show off her skills.
The new season will start airing on Tuesday 26- April at 8:00p  The specific episode  that Miss Burnett will appear on has not yet been announced. 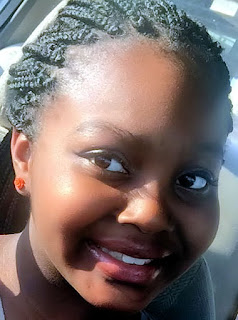