9-April-2016
On Friday 8- April the teams from Bogota played against those from Cresskill.  The Bogota Lady Bucs Softball team travel to Cresskill and had a 8-5 victory over the Lady Cougars. Madison Heck pitched her third win of the season. She was provided run support of  Leah Pimentel with 2 RBI's from her Home Run. and a two RBI performance from Lezlie Gonzalez. Bogota's record is now 3-0. They next play  at Palisades Park on  Monday -11-April with the first pitch schedule for 4:00p.

The Men's team played Cresskill again forced to use the Little League Field in Olsen Park due to the conditions of  Feigel Field. Bogota was shut out by the Cougars by a score of 0-6. The use of the Little League field may has lead to an unfortunate turn of events for Bogota. During the middle innings Bucs' Joey Mitchell hit a long ball to Left Field and was stopped at second as a ground rule double was given.  In the top of the next inning Cresskill's East Assogna stuck a ball to near the same location. The Bogota outfields signaled that the ball was out of play, however Mr.Assogna was able to continue running producing a 2 Run Home Run.
The Bogota's Michael Martinez, and Nico Cabrera can to protect their pitcher  Michael Kohles from continuing to argue with the umpire. Bucs Coach Ryan Defeo also talked to the umpiring crew to get an explanation about why the signals fro his players were overlooked. This moves Bogota record to 1-3. Their next league game will be on Monday 11- April when they play a home game against Palisades Park starting at 4:00p 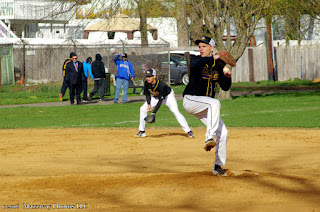 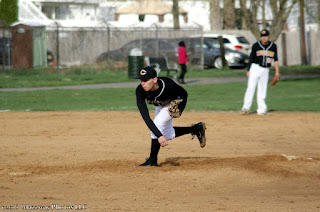 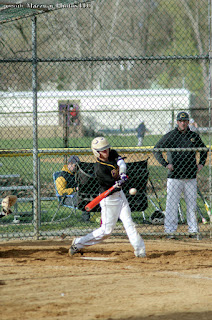 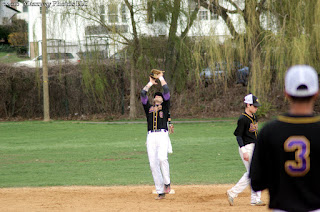 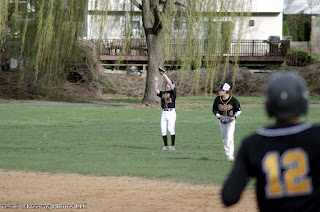 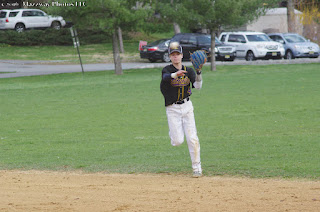 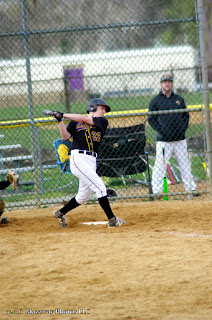 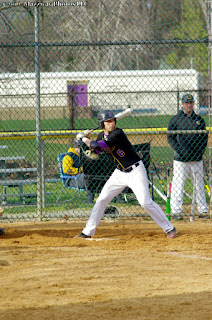 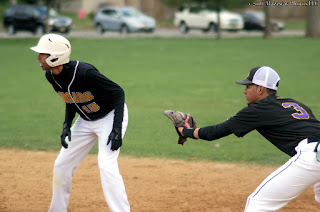 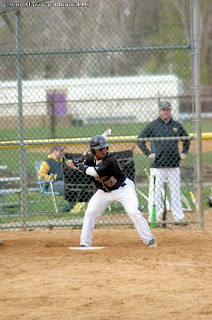 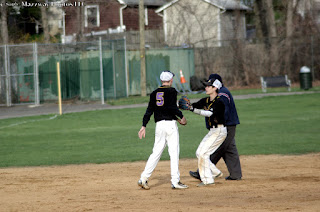 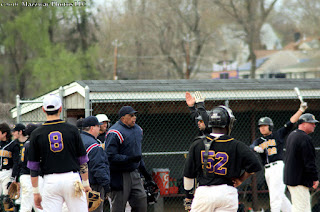