On Thursday 14-April the Bogota Public Library had the latest lecture in their "Smartypants" series. This day's guest speaker was  Rosemary Novellino-Mearns discussing her book "Saving Radio City Music Hall"  Ms. Novellino was a dancer in the Radio City Ballet Company  during the 1960's & 70's.  As she said "Not to be confused with the Rockettes. Both very talented, and hard working women, but different."  She was later appointed their Dance Captain to that same company. She gave a brief history of the venue, and how it became a favorite location to premiere  many of Hollywood's more successful movies.  As a performer there she was apart of numerous production from the Christmas & Easter show, to the productions that accompanied the Movies.  She told of being in the press conference in 1977 that announced the closing of  Radio City after the Easter Show in 1978. Then with her husband Bill Mearns, also a performer at Radio City started to try and find away the save the Historic Theatre.
Her story was one of looking for anyone who could help with their cause, while battling Politicians and developers.  Their effort gain momentum with the founding  of the the "Showpeople Committee" which in turn received  assistance from the Hilton Hotel  south of the building. In the days of stamps,long distance phone calls, and handwritten signature on petition, the use of a small office with a telephone line became critical. The next step was to engage that era version of social media-- the Late Night Talk show. From the "Tomorrow" with Tom Synder to "The Joe Franklin Show" they were able to start to raise awareness of the situation.
Ms. Novellino along with her fellow performers  also use their own time between shows to meet the public outside the theatre. While the audience in waiting had a chance to meet the performers they were about to see ( in an unofficial way) the Women  & Men who were trying to save Radio City were able to get more people to join their cause by signing, calling , and writing to anyone who may help.
Their work and dedication to preserve the hall continued throughout that year.  By the Spring of 1978, and before the the Easter  Show deadline  the interior space of Radio City was designated a landmark by the City of New York. Even with this accomplishment the curtain closed on the stage for about two years. After being taken over by the New York State Urban Development Corporation, Radio City Music Hall again was open as a performance space with some restorations being made. Finally in 1985  the exterior was designated a landmark by the City of New York. After more years of renovation  Radio City Music Hall remains a favorite landmark for New York City.
Copies of  Rosemary Novellino-Mearns book "Saving Radio City Music Hall"  are now available for reading at the Bogota Public Library. 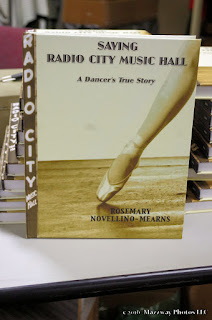 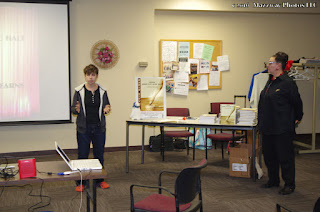 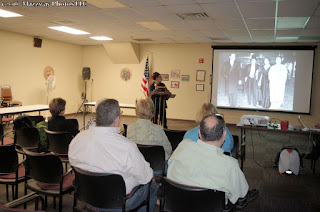 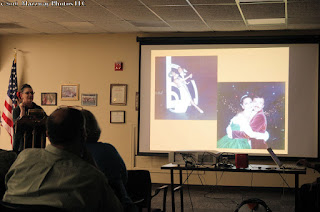 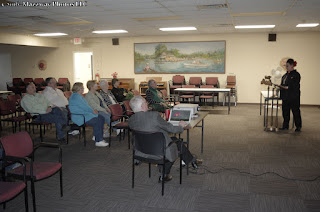 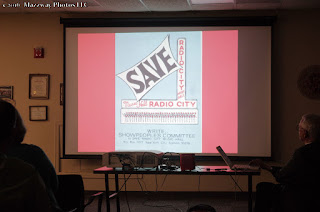 ( To help  support Bogota Blog NJ with it's coverage of Local news & sports please contribute what you can by using the  donation button  at the top right of the page.)
Posted by Bogota Blog NJ at 5:30 AM