5-October-2016
On Tuesday -4-October the Bogota of Education held the first of their two board meeting for the month of October.  The main focus of this meeting was to hear a report from Anthony Rotundo, the Director of Curriculum, about the PAARC test score for 2016. Also included were NJASK results for 4th and 8th grade tests.  PAARC  testing is done for grades 3 to 11 in Mathematics and  English Language Arts.  Scores are group into 5 levels : 1 being the lowest level were the test subject is not yet meeting expectations. A 5 is the highest level where the test subject is exceeding expectations. Overall in the State of New Jersey level 4&5 scores showed an increase in Students earning scores in those levels.  In Bogota the Mathematics showed an increase in level 4&5 except for grades  4 and 8 along in Algebra 1. In  English Language Arts , New Jersey level 4&5 scores also showed an increase in Students earning scores in those levels. For Bogota all grades except 5th showed an increase in Students earning scores in those levels. When a school by school comparison for grades 3 to 6 was shown there was a noticeable difference between Bixby and Steen Schools Bixby School showed a higher percent of Students earning Level 4 score than Steen (except for grade 4  English Language Arts).
After the presentation ended the meeting was open to citizens comments. The differences between the two Elementary was the main talking point. parents were informed that both school use the same curriculum in teaching.  On Board member ask if, with the small population in Bogota, could the two schools be reorganized in order to combined grade levels. One school being Kindergarten (and Pre-K) to third grade. While the other school would teach grades 4,5,& 6.   Members of the board who have served longer mentioned that a similar idea  was proposed   in past years, but was rejected by the Parent wanting to keep a neighbor school. It was suggested at  Board members should attend PTA/PTO at each school and discuss the idea before any more consideration be acted upon it.
In the new business one Board Member  asked about can the Board consider adding 7th & 8th grade Track & Field and Cross Country teams to the  Athletic programs. It was also mentioned to looking into the possibility to add  a 7th & 8th grade  Football Team as well. It was said that a number of Bogota Student have opted to play 7th & 8th grade Football in Teaneck. The Board formed a Committee to meet with the High School Principal along with the Athletic Director to research the possibilities to add these sports.  Also to be included  was to look for a way to allow the Bogota Soccer teams to find a "Home Field" closer to Bogota. This would also include bring the subject  to the Bogota Borough Council  to see if the fields in Olsen Park could be used.
The next Board of Education meeting will take place on Tuesday-18-October, and will be held in the Bogota High  School  Cafeteria starting at 7:30p. This is open to the public. The Cafeteria is located on the second floor at 2 Henry Luthin Pl. Bogota, NJ 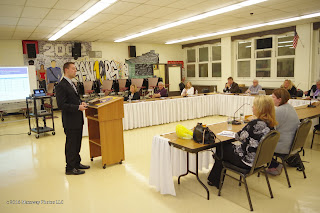 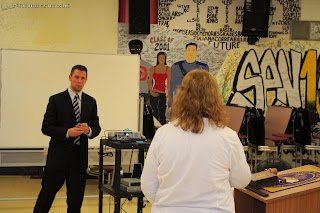 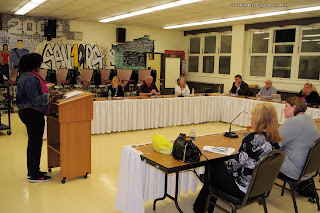 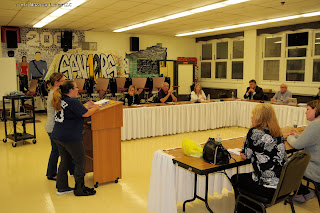