12-October-2016
On Tuesday 11-October the Bogota Lady Bucs Volleyball team had a 2-0 ( 25-14 ; 25-16) win over Secaucus.  The Lady Patriots were able to convert some unforced Bogota errors in to Service Points and  keep the games close. A number of long rallies saw both match each other shot for shot. All players on the court gave as much as they could with dives to save points, or to fearless trying to recover balls headed for the stands.  The Lady Bucs were able to out score Secaucus by a 2 to 1 margin for most of the game, but need a total team effort with  10 of the 11 Lady Bucs players recording at least two Digs. The young Lady Patriots , two years removed from denying Bogota a fifth straight Group I title  kept finding a way to keep the game alive. Bogota finally secured the win with moving the point of attack and multiple players scoring.
Julia Goni lead Bogota with 12 Service Points including 2 Ace. Amy Chavez and Samantha Gioiosa also had 2 Aces a piece. Ms. Gioiosa lead all scores with 22 Kills While Alyssa Vazquez had 16 Assists and Kaliana Vasquez had 14. Bogota is now 14-1 and next play on Thursday 13-October at Union Catholic starting a 6:00p
Samantha Gioiosa was named one of the top Women's Volleyball players by  NJ.Com  for the week of  3-9 October.
The Bogota Lady Bucs have been given a #6 seed in the Bergen County Tournament and will play # 28 Paramus Catholic. This first round game will be played at Home in Speary Gym on Saturday 15-October, the time to be announced later. 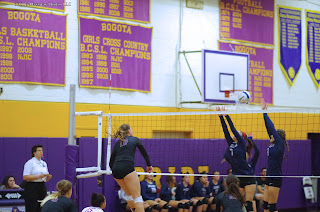 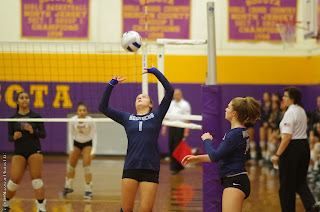 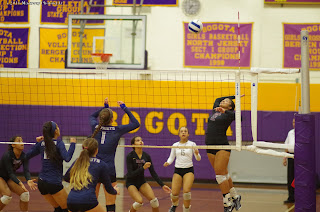 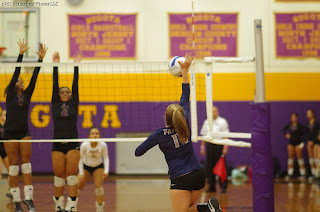 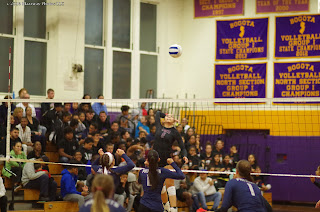 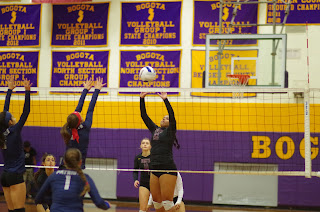 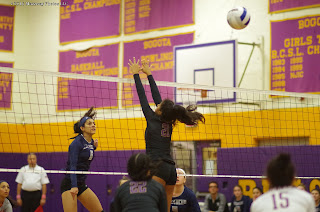 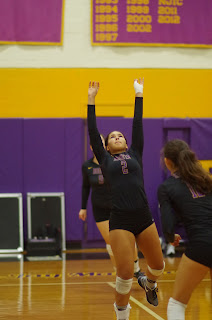 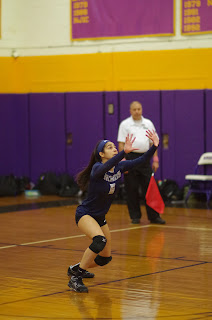 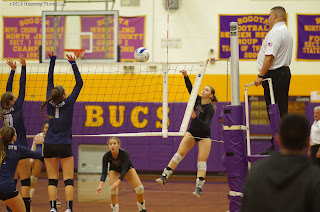 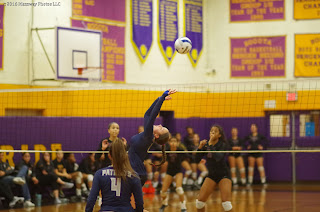 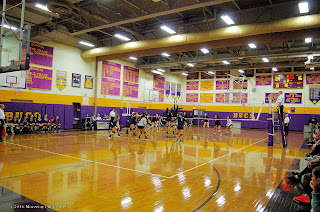