On Thursday-7 -September the Bogota Public School system had their first day of classes for the 2017-18 school year.  For the Seniors of Bogota High School it is begining of a year that seemed so far in the future, but has now arrive. The High School Student again faces the issues of how will the teachers be like this year. What are all the changes over the Summer be  (and why are some not finished yet) . Who is going to which College next year, and who is dating who.  At the same time a new troupe of Bucs Gold cladded shirts filled with Seventh Grade now enter the High School on a full time basis. Last year sixth grade Students are now entering the High School as Middle School Students again being the youngest. Wondering how different this year will be, and will they ever be allowed on the second floor except for lunch.
At the two Elementary Schools Sixth Graders at Steen and Bixby will spend their year, for the first time, at the top of the ladder, as being the oldest Students in school. The Student found old classmates to catch up on the news from the Summer. Hugs and Handshakes were given out  when seeing each other again for the first time.  Student would say hello to past Teachers who asked how they are doing, and is a Sister or Brother looking forward to High School, or even College. Some of the past Students were asked if their younger siblings  are ready to start school for the first time and will they help them to learn about school life. For many of the younger Students this is a time of exploring the new. Kindergarten, and First Graders are now entering the start of their formal education. Even having gone to preschool, this is now all new. A very few were fearful of what was to come, and not wanting to leave the safety of their Parents. Slowly  with the comforting voice of their teachers and one more reassuring hug they began to be ready to face the challenge ahead of them.
Then all of a sudden it was time to attend class. Some with excitement, other with worries, and still others looking forward to Lunch entered the building. There were final good wishes, hugs and kisses and an opportunity to take one more photo.  When the final Students were escorted to their new classrooms  the Parents also needed to  be ready for the next chapter of Family life. Slowly a quiet calm fell over the courtyards of Bixby and Steen as they the Students started their day. Then some of the Parents had a chance to also catch up with each other to compare experience.  First time Parents were introduced to more veterans ones and welcomed to a part of their new family.
At the end of the day another moment of waiting, this time until the Teacher was able to find the correct Parent for each Student. Now hugs came in welcoming the youngster back home but now as Students. There were many questions about how their day went, and was it better than they thought it would be.
Some changes since last June in the Schools include a new Speary Gym, outdoor Recreation area, and Biology Labs at the High School. New boilers in all the School which will be in service when the weather grows colder. While at Bixby an ongoing project to fix and replace the windows on the older section of the Building. While some work on the windows began this Summer, the majority of the work will start later in the school year. For now all the classrooms at Bixby will be occupied at the start. When work does get underway on the windows it is schedule to be one classroom at a time in order to have the least amount of disruption to class work. Plans will be announced at a later date when a more secured timetable is developed. 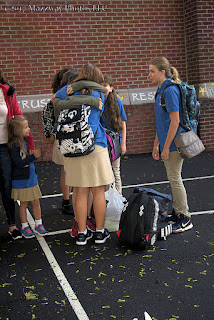 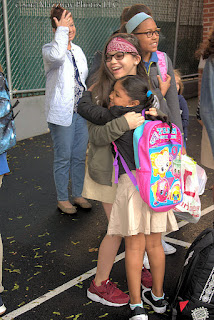 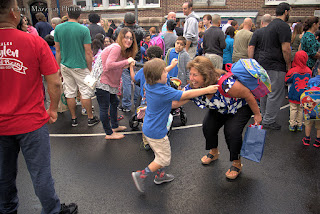 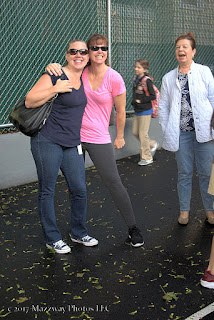 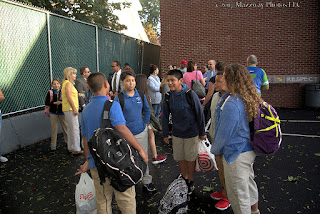 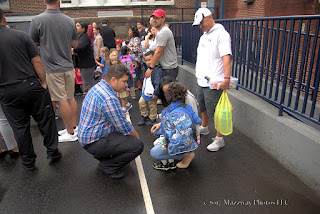 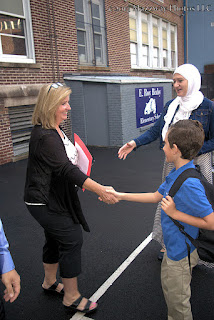 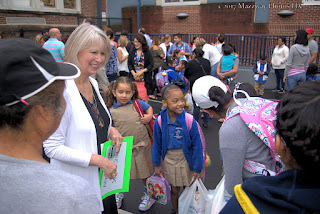 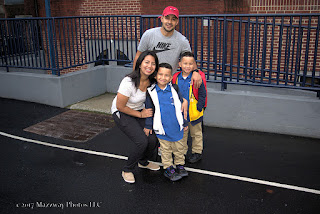 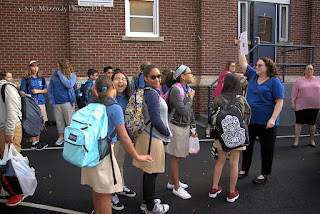 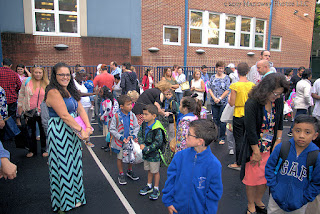 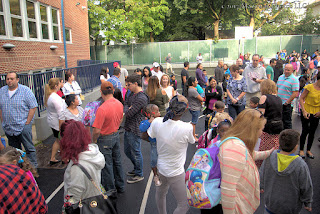 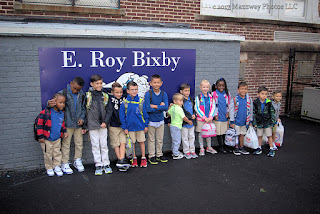 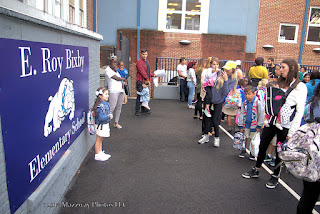 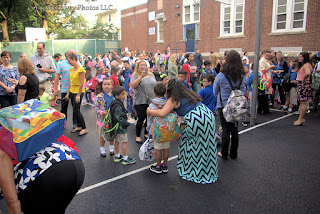 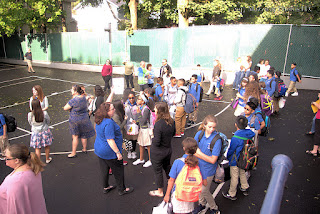 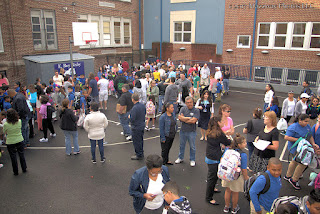 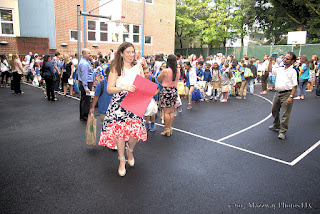 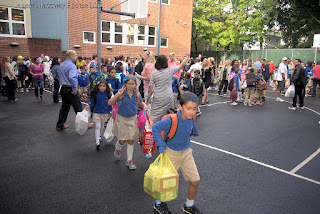 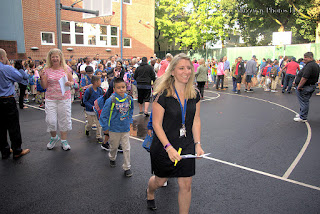 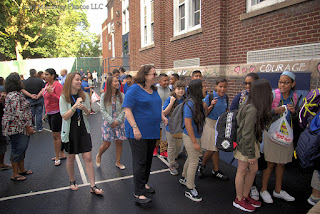 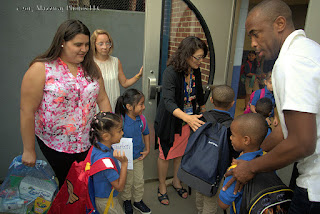 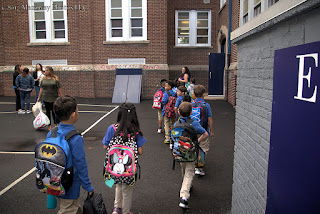 ( To help  support Bogota Blog NJ with it's coverage of local information, events & sports
please contribute what you can by using the  donation button  at the top right of the page.)
Posted by Bogota Blog NJ at 7:25 AM