7-September-2018
On Thursday-6-September the Bogota Borough Council held their first meeting for the Month of the September. The meeting started with Public Comment. Most of the opinion addressed to the Council was in support of a new Recreation Centre in Olsen Park. Some of the speakers hoped this will give a needed boost to the programs, sports and others, that Recreation Commission now runs. Other speakers hoped that when a new Recreation Centre is build it will encourage more Parents to volunteer to Coach and assist in the Recreation Commission programs, which will allow a new building to be fully use. When the Council was given a chance to respond they unanimously support the need of a new Recreation Centre. They one major issue was funding for it. Some wanted to  make sure the Borough was financial strong enough to support another bond issued, added to a bond that was voted on in March. Other Council Member called for the use of the Community Benefits funds that will be paid to the Borough by the Developer of the River Club project on W. Ft. Lee Rd.  The agreement with the developer  River Club Bogota requires  RCB to pay the Borough 3 Million dollar over the payments included in the PILOT abatement. The Community Benefits are to be paid in stages over time. The first payment of $125,000 was paid when the land was transferred to RCB om the previous developer.  This payment was use as tax relief for the 2018 budget. A second payment of $250,000 was presented to Mayor Kelemen at this meeting when construction permits were approved for RCB.  Further payments will be made as the buildings recieve their Certificate of Occupancy. Full occupancy is excepted to take place in 10-14 months.  When the check was presented it was said these funds could be used a down payment on a future bond for the Recreation Centre. At the next Council Meeting on Thursday-20-September a presentation by the Borough Bond agent is scheduled to discuss addition bonds that may be issued. A presentation of a primarily design of a new Recreation Centre was then given
A vote on how allocate funds from the Multi-purpose bond from 15-March meeting was discussed. When this bond was approved part of the funds could be use for a new vehicle for  Bogota Fire Dept  Hose Company #2. Their current vehicle is approaching its 30 year deadline. By law the Fire Truck can no longer be used in service after 30 years. There was a 15- September deadline that the company gave the Borough to approve the sale in order to receive a reduced payment for it. A member of Council express concern about the condition of the Central Ave Firehouse that is the base for Hose Co #2. It was asked if the Borough should purchase equipment, with a possibility, of later needed to replace the building it would be housed in.  The motion to purchase the Vehicle was rejected by a 3-4 vote. After this vote a few members of the Bogota Volunteer Fire Dept left the meeting.
During the Administrators report to was said that Elm Ave between River Rd & Larch Ave will continue to be restricted  to one lane of traffic. And at times  both lanes will be closed for repair work. At this time it was asked is either Mayor Kelemen or Administrator Joseph Scarpa  be authorized to sign sign a Treatment Works Approval permit for this project so that the contractor can reroute a Borough owned sewer line as part of the construction. After Mr Scarpa was unanimously approved Mayor Kelemen asked to speak to the Council and the Audience.  The Mayor said it was a concise decisions not to be the Borough  Official to approve of this project.  He sited a number of factors including that the proposed time line for completion may range for 6 month to over a year. After the disruption of businesses on River Rd when PSE&G closed that street for their upgrading of their power distribution  network.  Another  was that the County Engineer in open Council admitted that a new culvert will not full reduce the flooding conditions in that area. One of the most important reasons  was that it would eliminate the only other street access from one side of Bogota to the other. All of Bogota first responders would be limited to using only the Albert Graf Bridge on Main St to travel to the opposite side of the Borough. Mayor Kelemen feels that this would be an dangerous restriction to the safety the citizens of Bogota. If this project goes through the Mayor is planning on declaring a State of Emergency for Bogota and alert the neighboring Communities they will need to assist the Borough when a situation develops.
On of the final items on the agenda was to approve the Bogota Police Dept. to place an ad  in order to accept application for a new Police Officer.
The next Bogota Borough Council meeting is schedule for Thursday-20-September it will start at 7:30p But may be held in the Borough Council Chambers or at the Second Floor Senior Center of the Bogota Library.  Both are located at 375 Larch Ave. Bogota NJ The Public is invited. 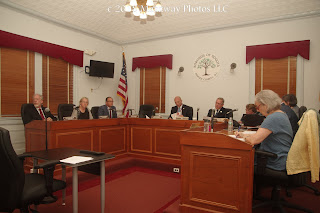 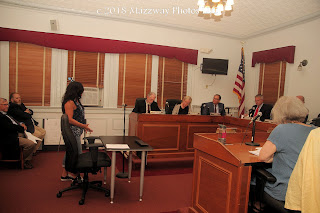 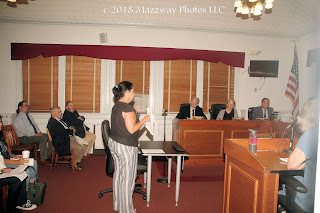 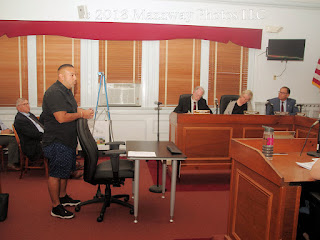 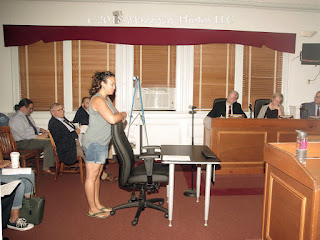 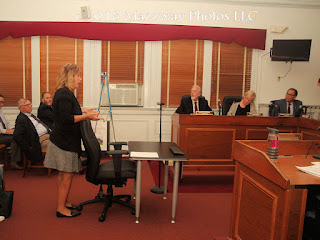 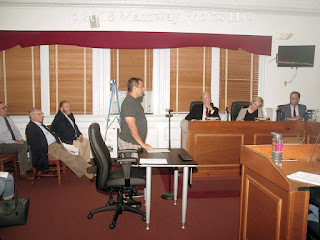 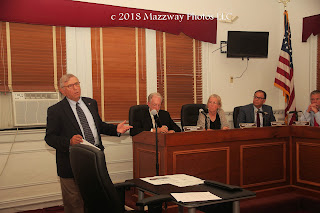 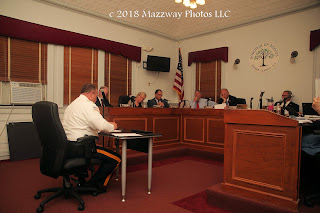