12-September-2018
On Tuesday-11- September the Bogota Board of Education held their first meeting for the month of September.  The meeting began with the Superintendent's Report by Mr. Damien Kennedy.  The main points he made was that constriction at Bixby School was very close to completion with final construction notes and clean-up still needed to be done.  He also said that the parking lot project is approximately one month from competition with out any further delays due to weather , and by PSE&G relocated the electrical lines into the building.  On agenda items that could have action taken on that at this meeting a major item was that the Board approved  by a 8-0 vote (with one member absent) to apply for a grant which could allow the Bogota  Board of Education to begin a preschool program for the resident of the Borough. Further detail and implication will be announce once the grant is given to the school district.
Under old business trustee Jackie DeVore inquired about the status of a School Resource Officer, and if the Bogota Borough Council will still be assisting with the cost of this. Councilman David McFarlane was in attendance and was asked to speak on this during public comments.  When Councilman McFarlane was given the opportunity to address the Board he said  the Council was still interested in seeing a School Resource Officer  in Bogota, but due to a large number of retirements, and Officers moving to other departmental this needed to be move to next fiscal year.
Under new  business acting Board President   Amanda Montgomery read a statement saying that the  the School Ethics Commission granted the Board's Motion to Dismiss all of the charges brought against them by Ms. Van Buren, Mr. Severino, and Mr. McHale.  This is a final decision and is applicable only to the Appellate Division of the New Jersey Superior Court.
In response to that Trustee Charley Severino  there is  still time to go to the proper venue which Is Controversies and Disputes. That the violated a statute and Ethics doesn’t have jurisdiction.
One other announcement was made that the Board of Education Town Hall, which is schedule to have school security as a main topic will be on Monday-17-September. This will be held in Speary gym in order to accommodate as many citizens as possible, and for the air-condition.  This is scheduled to start at 7:00p and the public is encourage to attend. The next Board of Education meeting  is scheduled to take place on Tuesday-18-September, and start at 7:00p. This will be held in the High School Cafeteria  located on the second floor of 2 Henry Luthin place. Access to the High School is through door #M on the South side of the building.  This is open to the public. 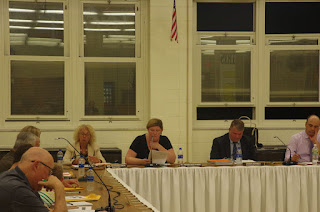 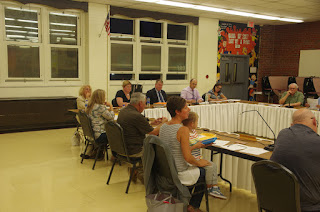 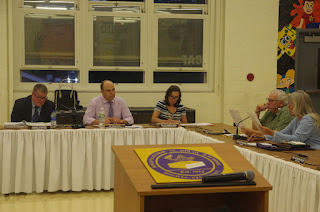 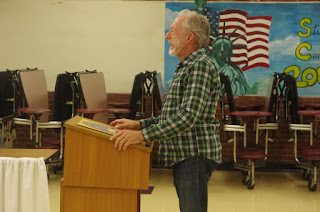