11-September-2018
On Tuesday-11- September the Township of Teaneck held their Day of Remembrance service at the plaque for the Teaneck victim of the attack on the World Trade Centre.   The ceremony was lead by Deputy Township Manger Mr. Dean Kazini. Mr. Kazinci would then introduce  Patrica Korczak and Lt.  Kurschner  recited the Pledge of Allegiance a the Teaneck Police Honour guard posted the colours. Reverend Daniel Meys gave the invocation. After that Mr. Kazinci asked for a moment of silence at 8:46 a, the time when the first plane struck Tower # 1.  Ms Korczak then read the names of the Citizens of Teaneck that had lost their lives.

A pair of wreaths where then placed by the plaque bearing names of these Citizens by Councilwoman Gervonn Romney Rice, and  Councilman Dr. Henry Pruitt.  After this the bagpipers from the Teaneck  Police Dept play ' Amazing grace". Then Township Manger William Broughton spoke of how he was on deputy that day and how he and other members of the Police Dept. reacted to the events that occurred.  Then Mr. Broughton called for the second moment of silence at 9:03 a when the next plane stuck Tower #2. Then Reverend  Meys gave the Benediction, but not before offer thanks to the members of all of the Teaneck Emergency Services for their work in keeping the Township safe.   Then the Honour Guard retired the colours to mark the end of the ceremony. 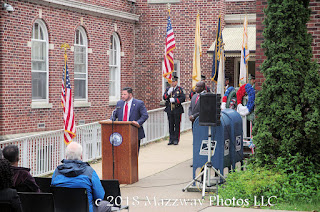 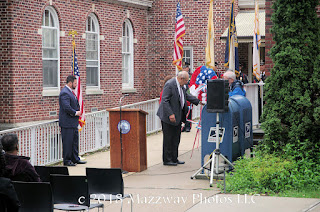 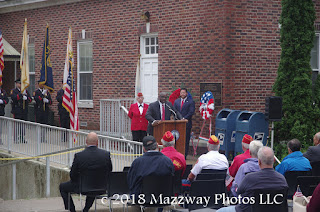 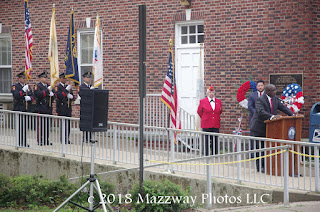 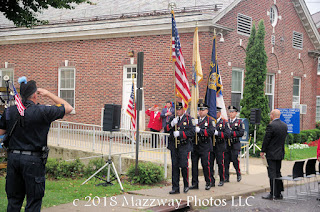 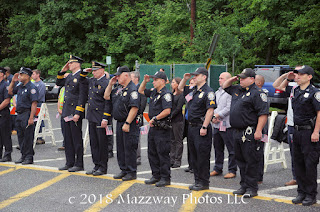 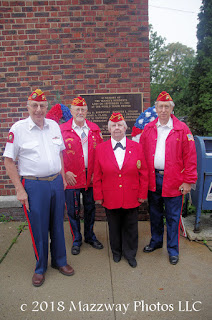 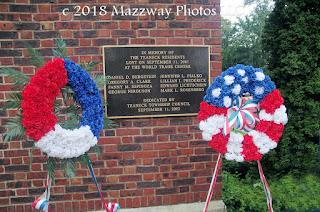