13-September-2018
Results from Bogota Sports on Wednesday-12-September.
The Bogota Soccer Bucs played their home opener at  Zakrzewski Field in Olsen Park.  They hosted Cresskill who  came away with a 6-1 win over the home side.  The Cougar's Jin Heung Yoo scored 3 Goals. Fady Sarabamon scored for Bogota.
Bogota's record is now 0-3. They next play on  Friday- 14-September against Palisades Park.  This will take place at  Zakrzewski Field in Olsen Park, with the kick-off scheduled at 4:00p. 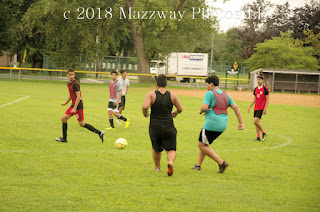 The Bogota Cross Country Bucs competed in a Tri- meet against Ridgefield and Midland Park.  This was the opening meet in their Patriot League schedule This took place at the Darlington Park race course.  The Lady Bucs would win both races. Against Midland Park Bogota will sweep the top five scoring place lead by Angeli Jaipersaud. She was followed by Ashley Gomez, Gabrielle Grant, Natalie Hardwick, and Lara Pena. In the race against Ridgefield, the Lady Royal's Mary Griffin would place first. She was followed by Bogota's  Angeli Jaipersaud, Ashley Gomez, Gabrielle Grant, Natalie Hardwick.  The Lady Bucs are now 2-0.
The Men's Squad would also post victories over  both Midland Park, and Ridgefield.  Bogota's Jimmy Gutierrez would finish second to Midland Park' Matt Rossnagel  in that race. Bogota would also place Jesus Michel third and Vincent Ducut fifth.  Against Ridgefield  The Bucs Jimmy Gutierrez would finish first. Jesus Michel  and Vincent Ducut would place second and third. Dylan LeMay would come in fifth. The Men's squad now has a record of 2-0
Both squads next compete on Saturday-15-September in the Back to the Mountain Invitational at Garrett Mountain. Their next league meet is on Monday-17- September against Palisades Park and Patterson Charter School. This will be run at Garrett Mountain. 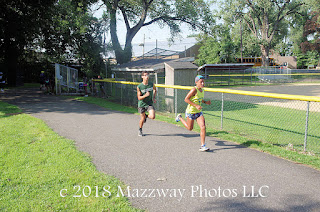 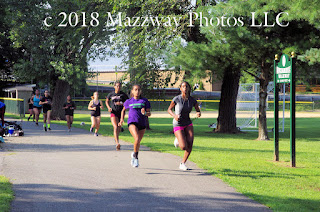