28-September-2018
A brief recap of the Bogota Borough Council meeting on Thursday-20-September. And the Bogota Board of Education meeting from Tuesday-25-September.

The Council meeting started with Tony Culmone addressing the Council in Public Comments.  In his statement he talked about about the vote by the Council meeting on 6-September which did not pass the authorization of a new vehicle for Hose Company #2. He said, at other meetings, national accepted NFPA  standards  requires a  fire truck be placed out of use after  30 of service. He informed the Council at truck used by Hose #2 is in its 27 year of service. The delivery of a new truck would occur no sooner than late 2019, by estimates mentioned at other Council meetings. Mr.Culmone added that because the truck was purchased before  17th-September a price increase of $26,000 would be been avoided. He, like other residents that spoke at the 6-September meeting  in favor of a new recreation Centre, express his support of such a project. Mr. Culmone added he wishes the Council would created a dedicated account for the funds that will be paid to the Borough when the Developer of River Club Bogota  made the scheduled payments after certain goals were met. Mr. Culmone finished by asking each dissenting voter to explain their reasoning.
The three members of Council talked about how some members of Hose Co #2 felt it was unnecessary to purchase a new truck at this time. They also talked about  the low turnout numbers of Hose Co #2 along with the condition of the Central Ave.Firehouse itself was a factor. Councilwoman Danile Fede then stated, that if a petition was signed by a majority by the members of the fire department to support a truck, she would vote to approving the new vehicle.  When Mayor Chris Kelemen had his turn to respond he mentioned the past needs of the Volunteer Fire Dept had needed. Including new Turnout gear and Hoses. These purchases wee approved by the Borough Council.  He also said that some members of the Department told him that a new truck was not needed at this time.
Some of the consent agenda item that  approved was a shared service snow plow agreement with Beregn County. Supporting a street construction policy. Opposing a Suez Water rate increase. They approved to accepted two new members for Hook & Ladder #1 and Engine Co. #3
The next Bogota Borough Council meeting is schedule for Thursday-6-October, it will start at 7:30p But may be held in the Borough Council Chambers or at the Second Floor Senior Center of the Bogota Library.  Both are located at 375 Larch Ave. Bogota NJ The Public is invited. 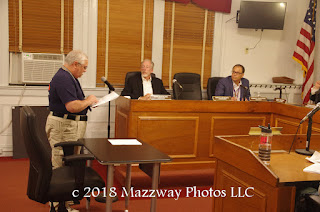 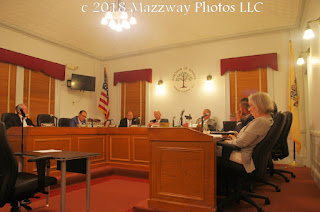 The Board of Education meeting started with Superintendent Damien Kennedy saying that the  lock-down drill held at all three schools  supervised by the Bergen County Prosecutor's office. The Board of Education was informed of some minor improvement that should be added to their security procedures. Mr. Kennedy gave updates on both major construction projects. The Bixby School  windows were 99% completed and they are waiting on approve from the design firm on the last few items worked on. He continued with the High School Parking lot talking about how thee weather has delay some of the project. The major part that still need to happen is PSE&G placing the power lines underground, and recontinting them to the building.  PSE&G needed to send crew out of state to aid other utility companies to restore power along the Atlantic Coast.  A time able of Saturday-6-October to remove the overhead lines and a completed parking lot by the end of October.
All agenda items were passed including the approval of a  Spring  Carnival to support the Lady Bucs Volleyball team in April. And maternity leave to Ms Albirt  at the start of next year.
The next Board of Education meeting  is scheduled to take place on Tuesday-11-October  and start at 7:00p. This will be held in the High School Cafeteria  located on the second floor of 2 Henry Luthin place. Access to the High School is through door #M on the South side of the building.  This is open to the public. 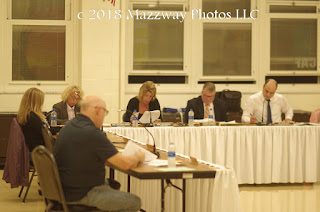 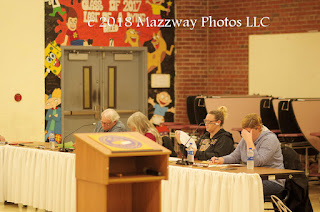 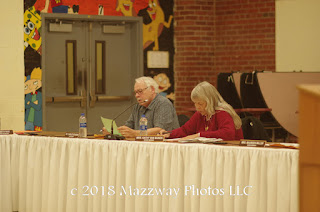 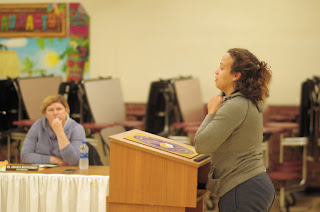