28-September-2018
Results of Bogota Varsity Sports form Thursday-27-September.
The Bogota Soccer Bucs traveled to Park Ridge to make the game that was postponed due to field conditions in Olsen Park. Bogota would lose this game 0-7. Their is now 0-7-1. The next play on Friday-28- September at Saddle River Day School. Kick-off time is scheduled for 4:00p 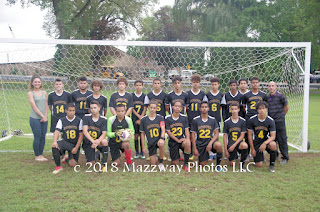 The Bogota Lady Bucs Volleyball team also traveled to Park Ridge. They would defeat the Lady Owls   2-0 (25-10 : 25-9) Nylene Mateo would have a match high with 8 Kills. Alyssa Vasquez would lead with 10 Service Points, including 4 Aces and 14 Assists  Sophia Marquez would record 6 Dig, all match highs.  Selenne Jimenez, Leila Ksiyer , and Brana Lozano would each record 2  Blocks. Bogota's record is now 9-1. The next play on Friday-28-September against Saddle River Day School. This will be at home in Speary Gym with the first serve scheduled for 4:00p 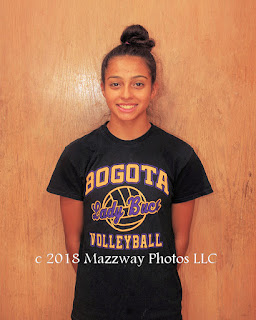 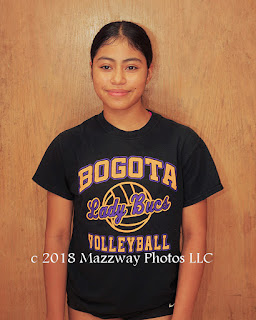 The Bogota Cross Country Bucs ran  originally scheduled on Wednesday-26-September was moved to Thursday -27-September.  This was a tri meet against Waldwick and Weehawken, and still held at the Darlington Park race course. The Lady Bucs would sweep their races with have all five runners in the top five against Waldwick, and would place four of the top runners against Weehawken.  Angeli Jaipersaud would finish second overall for the Women's runners.
In the Men's Race, they  would also sweep their opponents. They would take all five  top places agiainst Waldwick and would place four of the top runners against Weehawken. Michel Jesus would win both races. Mr. Jesus and Jimmy Gutierrez would finish First  and Second overall.
Both squads next race will be on Saturday-29-October at the Garrett Mountain Invitational  in Woodlawn, NJ races start at 9:00a. Their next league meet will be on Wednesday-3-October against Hawthorne Christian Academy, Saddle River Day School , and Bergen Charter School. This will be held at the Darlington Park Racecourse with the first races scheduled to start at 4:00p. 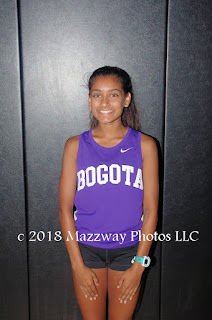 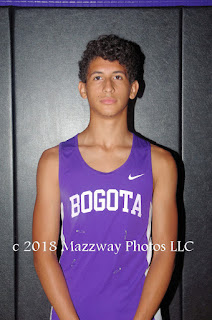