28-December-2018
Over the Holiday Break the varsity Basketballs teams from Bogota participated in near-by Holiday Tournaments.
The Lady Bucs competed in the Ridgefield Tournament on Thursday-27-December. This was played at Ridgefield Memorial High School. Bogota would play the host Lady Royals in the first round.  Ridgefield would shutout Bogota in the first quarter and scored 28 points themselves in the first 8 minutes. Ridgefield would go on to win the game 50-11.  April Eason would be the high scorer for  Bogota with 8 Points. Ms. Eason and Stacy Gomez of Ridgefield would have game highs with 2 Three point Baskets.


The Men's team would travel to Garfield and play in the Garfield Holiday Tournament. The Bucs would face the Mahwah Thunder Birds in the opening round. Mahwah would build a seven point lead in the first quater and take a 41-35 advantage into half time. After the restart the two teams would play even for the rest of the game and Mahwah would come away with a 62-53 win.  This loss would move Bogota into the Consolation Bracket. Ben Lukabu would score a game high with 21 Points for Bogota. Mr. Lukabu and Argenis Soriano  would lead the Bucs with 2 Three Point baskets each.
Bogota would then play the Harrison Blue Tide in the second round on Thursday-27-December.  the Bucs would control the game from the start  opening up a ten point lead after 8 minutes and taking a 45-20  lead into the break. The Bucs would finish with a 83-35 win.   Bogota would have seven player score at least on Three Point Basket, with Danny Sanchez leading the way with a game high 3  baskets from beyond the arc.  Ben Lukabu would lead all scores with 20 Points. Bogota next plays the Tenafly Tigers in the  Consolation Championship game. This will take place on Saturday-29-December at Garfield High School.Tip-off time is scheduled for 4:30p 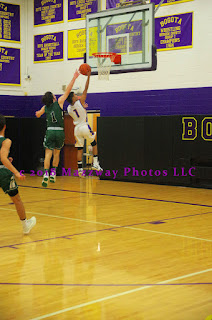 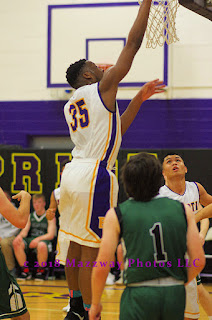