On Saturday-1-December  The Bogota Volunteer Fire Department held their annual Chief Election.  At the start of the meeting  the Chiefs and other Department heads gave a summary for the year 2018.  They explained the incidents in the Borough of Bogota they responded. Adding the incidents with The Bogota Volunteer Fire Department was called upon to assist other area Fire Departments.    Next was the appointment of Assistant Chief Alex Breuss  to Chief for 2018 replacing  Tony Culmome This will be officer Breuss , of Hose Company #2,  first time as Chief for the Bogota Fire Dept. John Greiner was elevated to Assist Chief.  And  Ken Kalman  was voted in by his Company to be the new Battalion Chief.  Then all three chiefs received their new badges and worn sworn into office by Bogota Mayor Chris Kelemen.
Battalion Chief John Greiner, Captains William Hordern & Michael Krynicki, Lieutenants Jose Cobles, Michael Englehardt & Adam Schaefer, and Firefighters Joseph DiMauro Sr. Gordon Kohles & Steve Westerve  all received Unit Citations for their work done as a member of the Bogota Volunteer Fire Dept.
Former Fire Chief Michael Brophy was recognized at his retirement from the fire department for his 40 years of service by the Bogota Volunteer Fire Dept.  He was presented with a proclamation from Congressman  Josh.Gottheimer and plaques from the Mayor and Council.  Ed Rode was also recognized as being the  Fire Department Photographer for 40 years.  Robert Bartels was also honoured in appreciation of his donation for repainting the Chief's vehicle by Bogota Auto Body.

Chief Tony Culmome announced that the Company of the year was presented to Hose Company #3  Finally Chief Culmome was awarded a photo mural in the form of the Maltese Cross created by Ed Rode.
The Bogota Fire Department, and all the other Emergency Service Companies in Bogota are now currently recruiting new members to become volunteers. This is open to anyone Female or Male who are at least 18 years of age , and are residents of Bogota as well as Ridgefield Park, Teaneck ,and Hackensack.  Training, and equipment will be provided. There is also a Junior Firefighter program open to young Women, and Men who at at least 16 years of age. A Junior Firefighter will also receive training , and be a part of the support system to the Firefighters themselves. For more information about volunteering please to: bogotafire.org/  or call; 201-342-1736 ext. 2007.  There is also a meeting the 1st Wed. of each month at the W. Broad St. Firehouse from 7:00-8:00p

All photos courtesy of Ed Rode 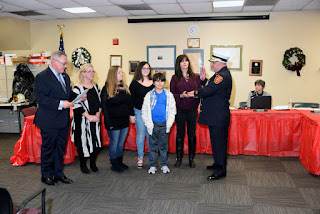 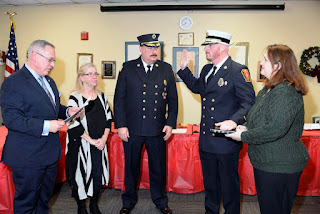 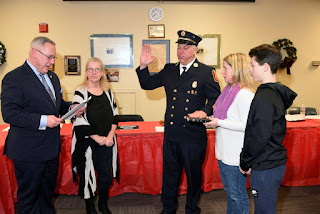 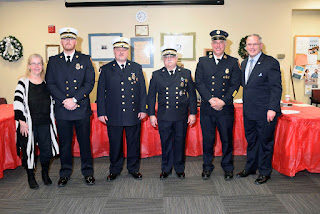 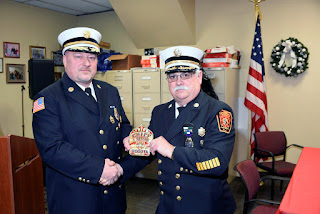 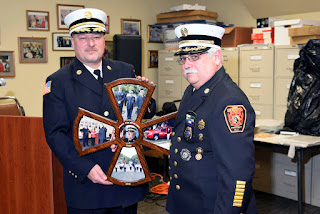 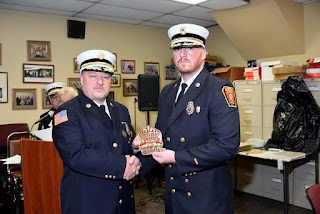 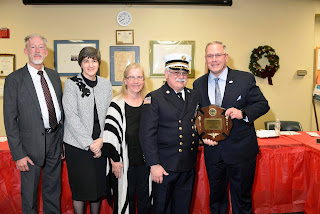 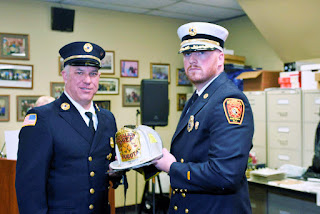 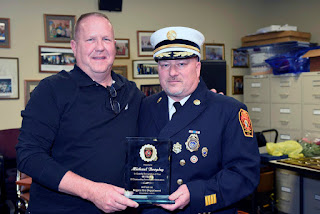 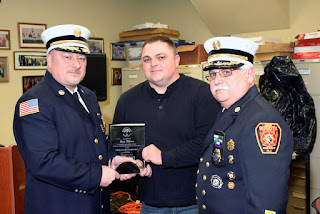 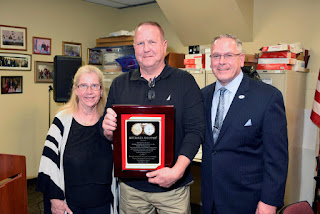 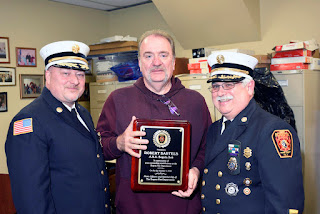 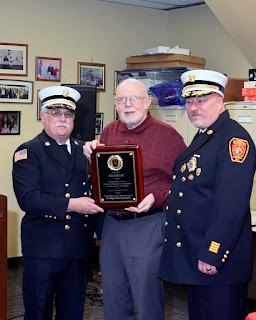 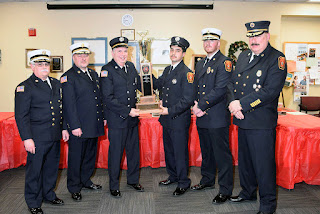