11-June-2020
On Wednesday-10-June The Bogota High School announced the winner of Senior Awards for the Class 2020. This included Awards in Academic, the Fine Arts, and Athletics.  This was done by a video presentation, replays of this can be viewed at:   https://livestream.com/dynamicproductionsusa/bogotaawards .
The  Ceremony began with a welcome message by High School Principal Kelly Foley DeCongelio. She praised the Students’s hard-work, and commitment which has allowed them to succeed in their time at Bogota High School. The first section was to announce the Students that have been awarded Scholarships to continue their Education. Seventeen organizations provided scholarships that were awarded to Twenty Students. The Scholarships were rewarded to Students who will enter a next level of studies for their chosen Trade or Field of Interest. Different scholarships were awarded based on several criteria. Some scholarships were  given to recognizing those Students achievements  based on academic performance. Others were for those Different scholarships were also awarded to honour the Students who used their time and effort to work as volunteers for the Community, and service to others.
This was followed by the announcing of a few individual awards.  One was the Presidential Education Award Program which was given to 11 Students. A first time award from the New Jersey School Board Association was presented to Christopher Tomlinson for his academic achievements and public service. Then  Principal Award for Service was announced. Each year one Senior member of the graduation class is recognized for their outstanding service to the Community and School. This year’s winner was Carly Nunez.  Finally The Henry Luthin Scholarship was award to Lara Pena. Named after the former Superintendent it is to recognized the Senior Student who surpassed the highest expectation both academically and extra curricular actives.
The next portion of the presentation was devoted to honour those Seniors  who performed at the highest standard in each of the Educational Departments. Those include Physical Education, Science, English, Mathematics, Social Studies, Business, and the Fine Arts.
Then there were reviews from the past school year in the Fine Art remembering the performances by the Bogota Music and Drama Departments.  Next came a summary of the Fall and Winter Sports programs in Bogota. Each of the Coaches talked about the achievement and effort shown by the Bogota Student -Athletes.
To end the presentation Seniors were allowed to record their own messages to Facility Coaches, and fellow Seniors. The video ended with Vocal Teacher Andre Lynch singing  a tribute to all the  Bogota High School Class of 2020. 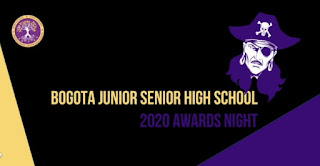 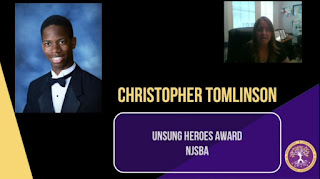 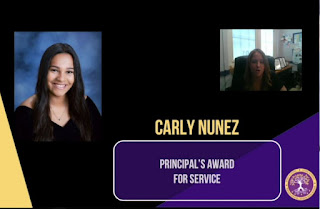 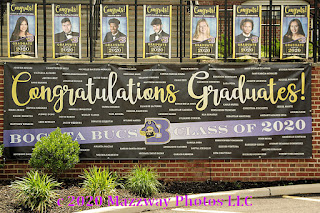