On Monday-22-November the Bogota Board of Education held a special meeting. This was a make-up meeting because the regular meeting originally scheduled  from Tuesday-16-November had been cancelled due to not having the required number of Trustees in attendance to form a quorum. In his report Superintendent Mr. Damian Kennedy  announced a number of additions  to the agenda. These mainly were resolutions that needed to be voted on, in order to pay for the emergency repairs at Steen, Bixby and the High School which were caused by weather damage from past rain storms. After his announcements Superintendent Kennedy gave a couple of presentations. The first was a review of the funding the District has received from  the American Rescue Plan.  Some of the highlights of how the Bogota Public Schools will benefit from this program are:
- Summer education classes in Music, Math , and English Language Arts  starting in 2021 and continuing until the Summer of 2024.
- Extended School Day Tutoring until 2024
-Smartbooks for the Middle School, along with Chromebook leasing.
- Salary for Staff positions for Social Workers, Guidance Counselors and Arts Instructors.
- Upgrading the  ventilation and temperature monitoring system for all the district building.
Superintendent Kennedy then outlined the District goals for the year. the first was to improve the reading skills at the elementary school level. He said there has been starting to see improvement, but is looking to improve reading fluency even more. With the goal of improved reading skills will also aid in improving high Math and Science proficiency. Another was to increase the community involvement all levels of the Students experience in the Bogota School District. Superintendent Kennedy final goal was to study to see if new scheduling option could improve the needs of the Students in the district.
Then the trustees voted on the items on the agenda. All resolutions were passed by an unanimous vote. Items of note was the accepting the grant funding provided by the American Rescue Plan. The change in the work order to approve the cost of the repairs needed to be done on the High School, Steen School, and Bixby School. the contract was also approved to provide installation of security cameras at the Middle School.
Under the Personal category Coaches for Winter Cheerleading, Men’s Basketball and Bowling were approved. Three are salary positions, with the two others being volunteer positions.  The Board accepted the retirement of Custodians Mr. Jivan Arakelyan and Mr. Dervish Alliaj. They approved the Ms. Ericka Rivera and Mr. Nesti Pulluqi to be appointed as Custodians.  The Board also accepted the resignation of Ms. Wendy Hughes as Vocal Director and accepted the appointment of Mr. Michael Parchthauser as Vocal Director.
After returning from closed session the Board accepted the termination of a staff member from the District.
In the second Public Comment session one Parent thanked the District for their plan to allow Senior Students to attend Bergen Community College to earn an Associates Degree while still in High School.  This degree allowed the Student to earn enough college credit to forgo their first year at University and the tuition that they may have had to pay.
During the New Business session of the meeting School Board President Ms. Kathy VanBuren announced this was her final meeting  as a Trustee of the Bogota Board of Education. Ms. VanBuren will soon move out of district, she has been a member of the Bogota Board of Education a number of times. Her current time on the board starting in 2014.  For this current year she was selected as Board President.  Ms. VanBuren thanked the current, and past trustees she had worked with to maintain and improve the quality of Education for the Students in Bogota. She urged those returning, and newly elected, trustees for next year to remember that the job of the Board of Education was to support, and approve the resolution by the District’s Superintendent. The District administration, and the Facility and Staff of the District’s school are the ones whose job it is to educate the Students.  The job as a Trustee is that of  oversight by a Publicly Elected committee to ensure the best possible education for the Students in their District.
The next Board of Education meeting will be on Tuesday-14-December and is scheduled to start at 7:00p. It will be a hybrid meeting with in-person attendance and available online. The in person meeting will be held in the High Cafeteria located at 2 Henry Luthin Pl. Bogota, NJ All in person attendee will be required to wear mask at all time while in the building. The meeting is open to the Public.
The Re-Organization meeting for 2022 will be held on Tuesday-4-January at 7:00p.  This held in the High Cafeteria located at 2 Henry Luthin pl Bogota, NJ. All in person attendees will be required to wear mask at all time while in the building. This will have the swearing in of those candidates who won the seats as Trustees in the November  General Election. They are Ms. Susan Cruz, Mr. Francisco Miranda, and Mr. Roberto Alvarez. The meeting is open to the Public.
For more information and to view previous meetings please go their web-site at:  www.bogotaboe.com
( To help support Bogota Blog NJ with it's coverage of Local stories & sports
please contribute at: donate to Bogota Blog NJ) 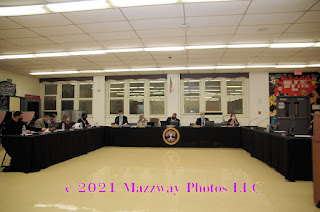 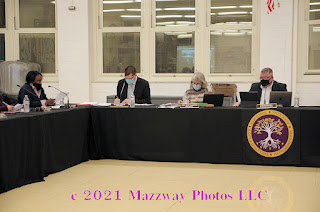 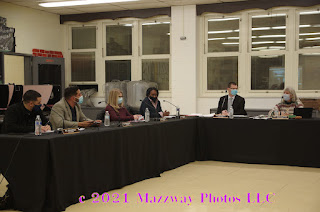 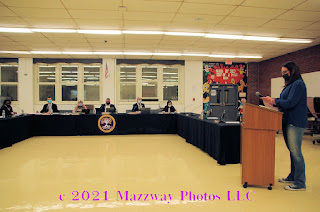