11-November-2021
On Thursday-11-November, at 11:00a the Ridgefield Park VFW post #277 and the American Legion post #40 held their annual Veterans Day remembrance observance in front of  the  Veterans Memorial, Mt. Vernon Street & Euclid Avenue. The ceremony with VFW Post Commander Mr. Bob Carlson welcoming those in attendance. Mr. Carlson said that on this day in 1919 the armistice was signed that ended World War I. He added that 100 years ago  today the first "Unknown Soldier" was laid to rest in Arlington National Cemetery. Mr Carlson then introduced Ridgefield Park Mayor Mr. John Anlian. Mayor Anlian talked about the need to recognize the Women and Men who are part of the US Armed Forces. He mentioned how these individuals serve with the knowledge they are placing themselves in harms way not just to protect their Family, but the Family that is the United States of America.  Mayor Anlian took the time to not only thank the front line personal, but also the important support troops from mechanic, cooks, administrative, and technology specialist that perform  their duty in keeping the country safe. He asked that every citizen needs to thank, remember, and honour  for their work, and the sacrifices in keeping the United States safe.
Then American Legion member Mr. Joe Storer sang the Star Spangled Banner and was was join by those in attendance.  A final prayer was given by  Peter McElroy  to end the remembrance. 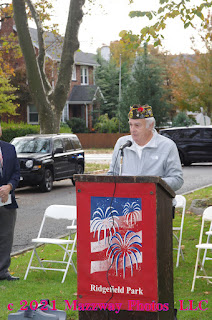 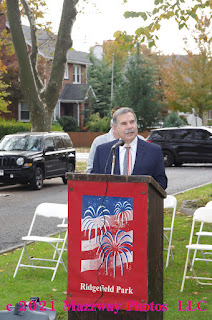 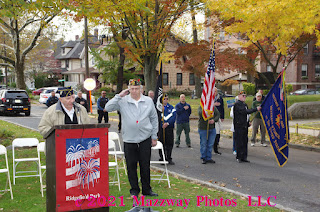 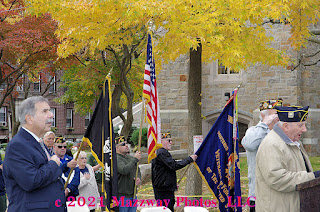 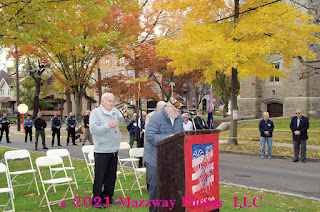 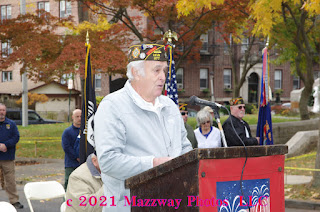 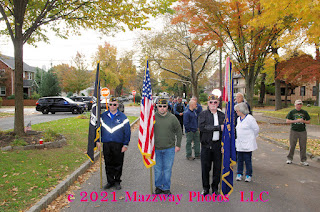 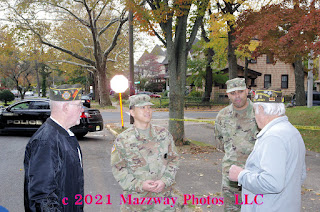 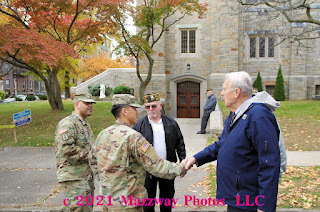 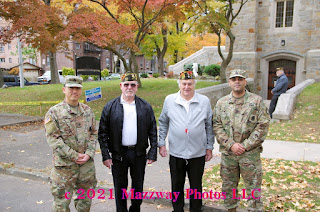