Reminder:
Bogota Blog NJ along with Bogota Beautiful is starting a drive to collect gift cards in order to help the Citizens of Edgewater, NJ. With the assistance of Bogota Mayor Chris Keleman there will be a collection box located in Borough Hall in the secretary's office.  The secretary's office will be open during normal business hours which  are from Monday to Thursday from 8:00a to 5:00p. Bogota Borough Hall is located at 375 Larch Ave. Bogota, NJ

The Bogota Lady Bucs traveled to Emerson on Thursday 12-February  and suffered a 27-44 loss to the Lady Cavaliers. Kelliann Brown had a game high 13 Points including 2 Three Point baskets. They next travel to Midland Park on Thursday 19- February with a schedule start at 4:00p.
The Mens Basketball team play at Home in Speary Gym  and defeated Emerson by the score of  54-24 The Bucs started the game with making a Three Point basket, then crowded the Cavaliers into weak shooting positions to take a 10-6 lead after the first eight minutes. They continued their pressure to go into the half with a 9 Point lead. Mid-way through the Third Quarter  Bogota Guard Anthony Ovalle suffer a knee injury while making a drive to the net. He was carried off by this teammate, and did not return for the rest of the game. Since he has fouled on the play and needed to be substituted before shooting the free throws he was finished for the evening. Deiker Padrino can in to shoot the free throw and replace Mr. Ovalle at the guard position.  Kenny Dixon had a game high 19 Points with Andrew Raid making 4 Three Point Baskets, and Anthony Ovalle hitting 3 Three Point shots before his departure.
The next play on Thursday 19 February  at Home in Speary Gym against Midland Park. This is scheduled to have a start time of 7:00p

Select photos from this event are for sale at  Bogota Blog NJ Zenfolio store at : http://bogotablognj.zenfolio.com Bucs basketball 2015 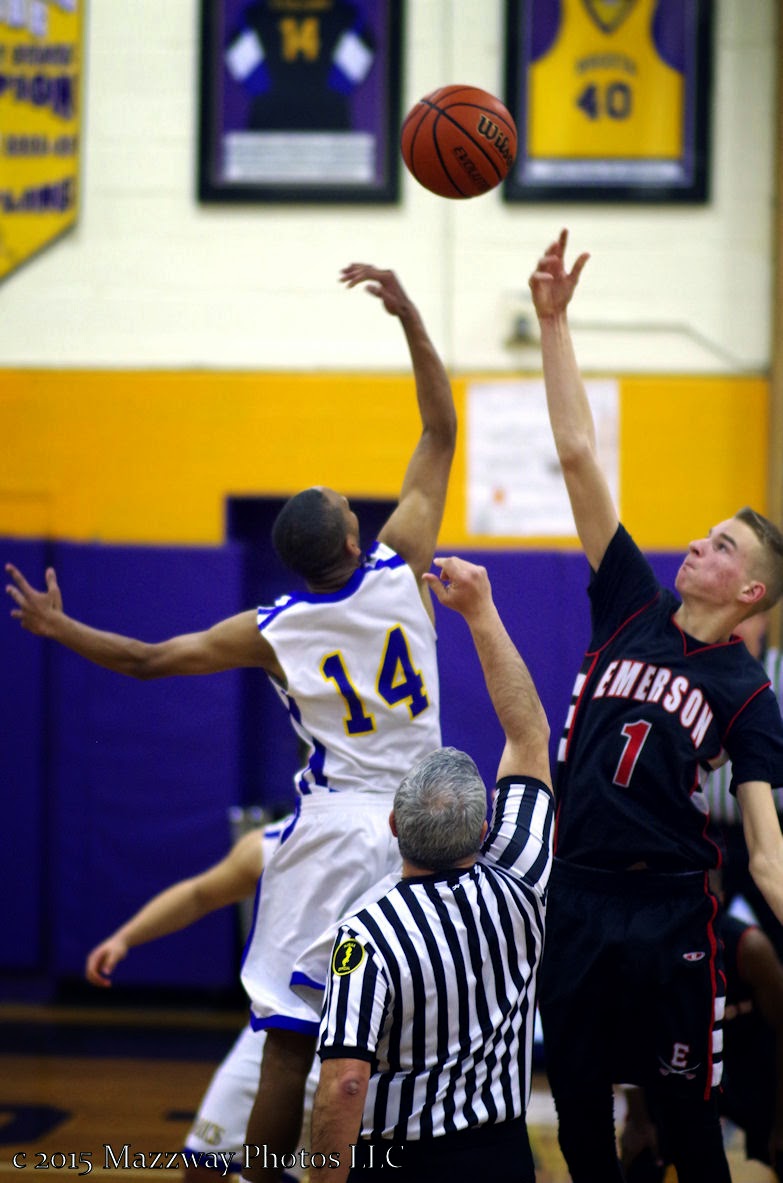 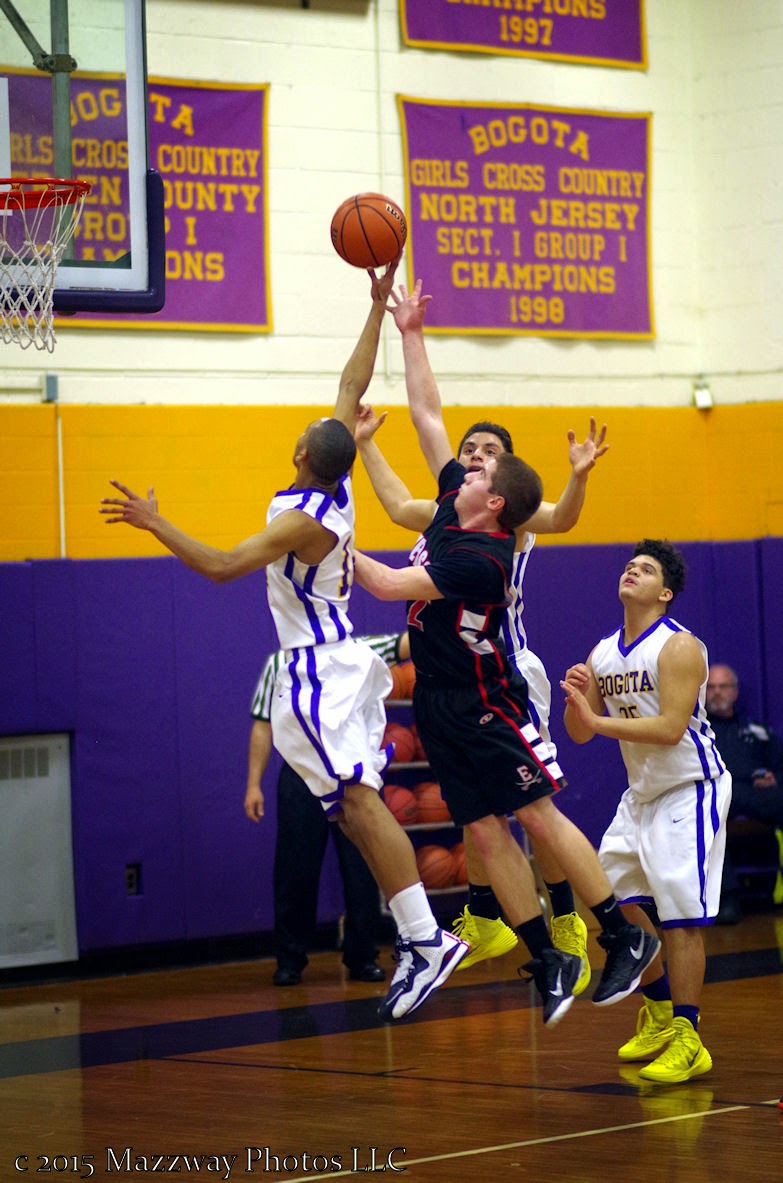 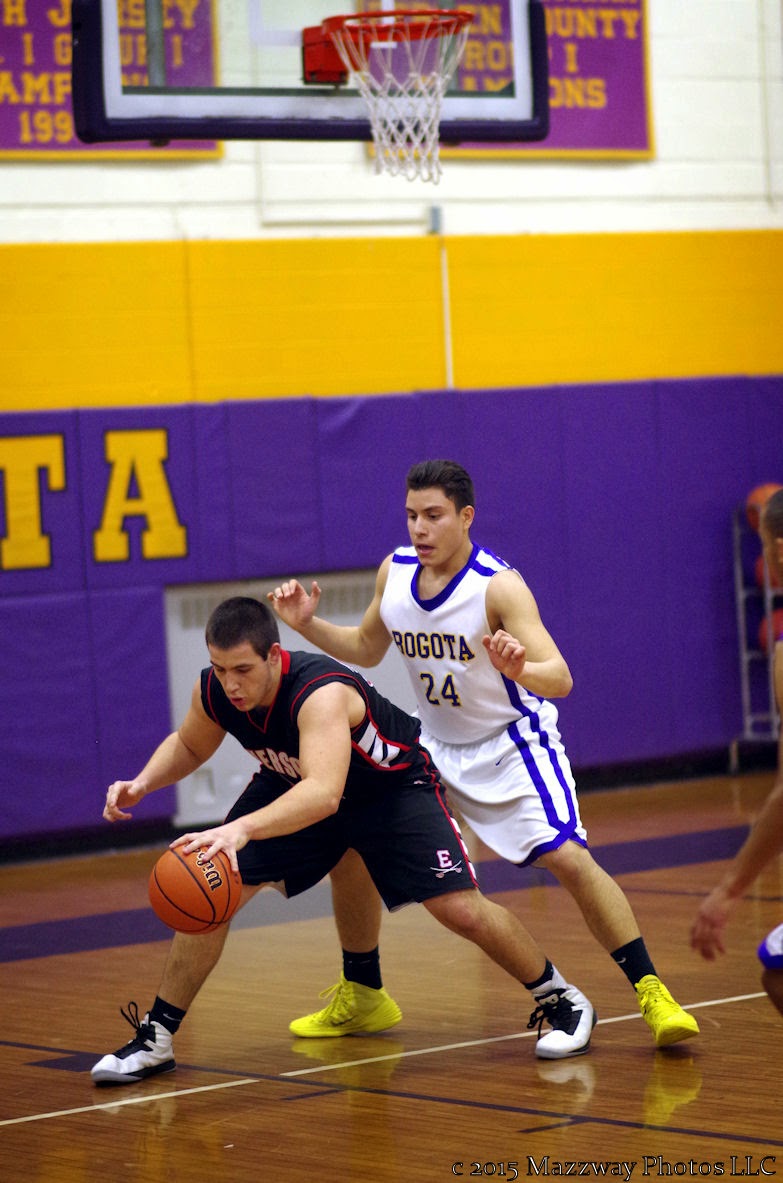 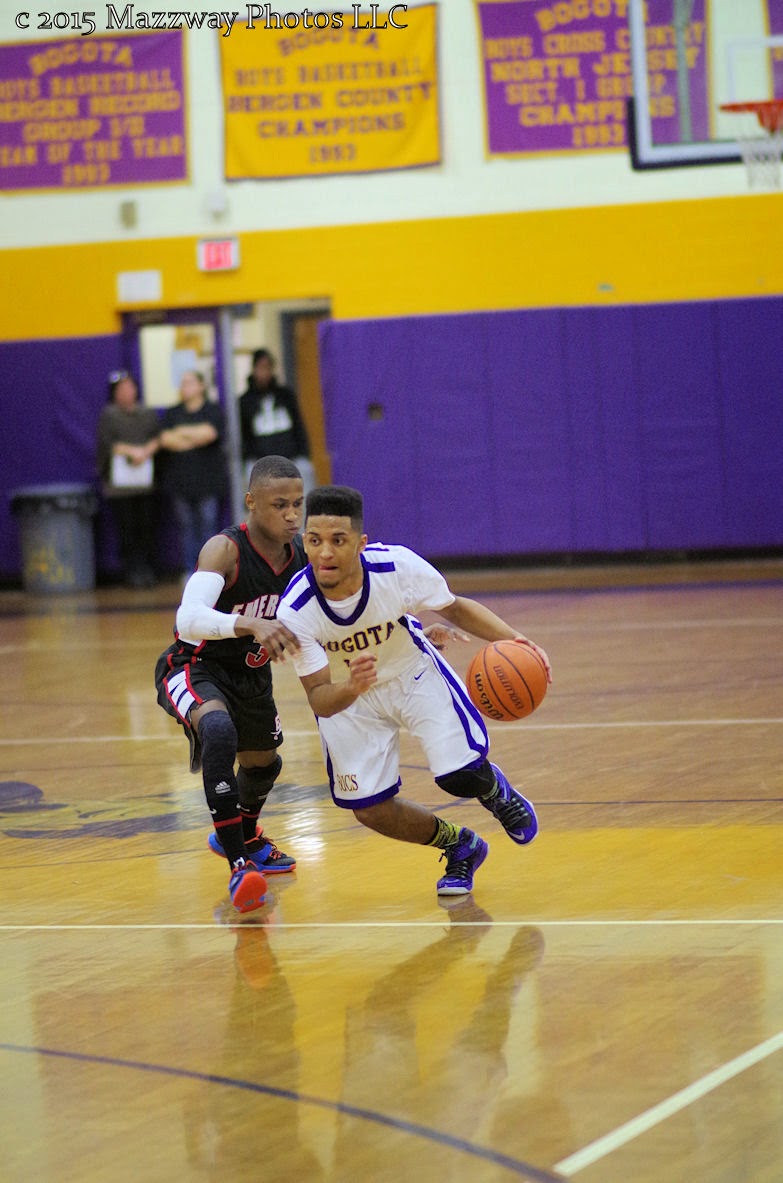 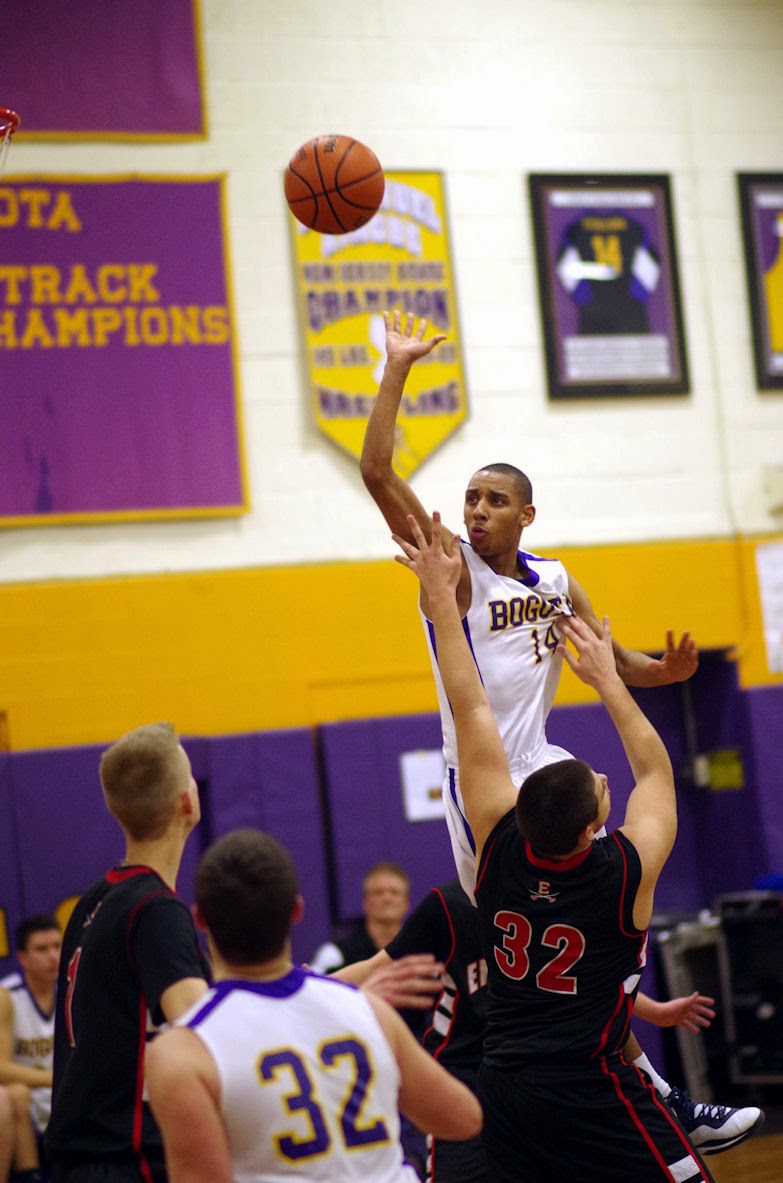 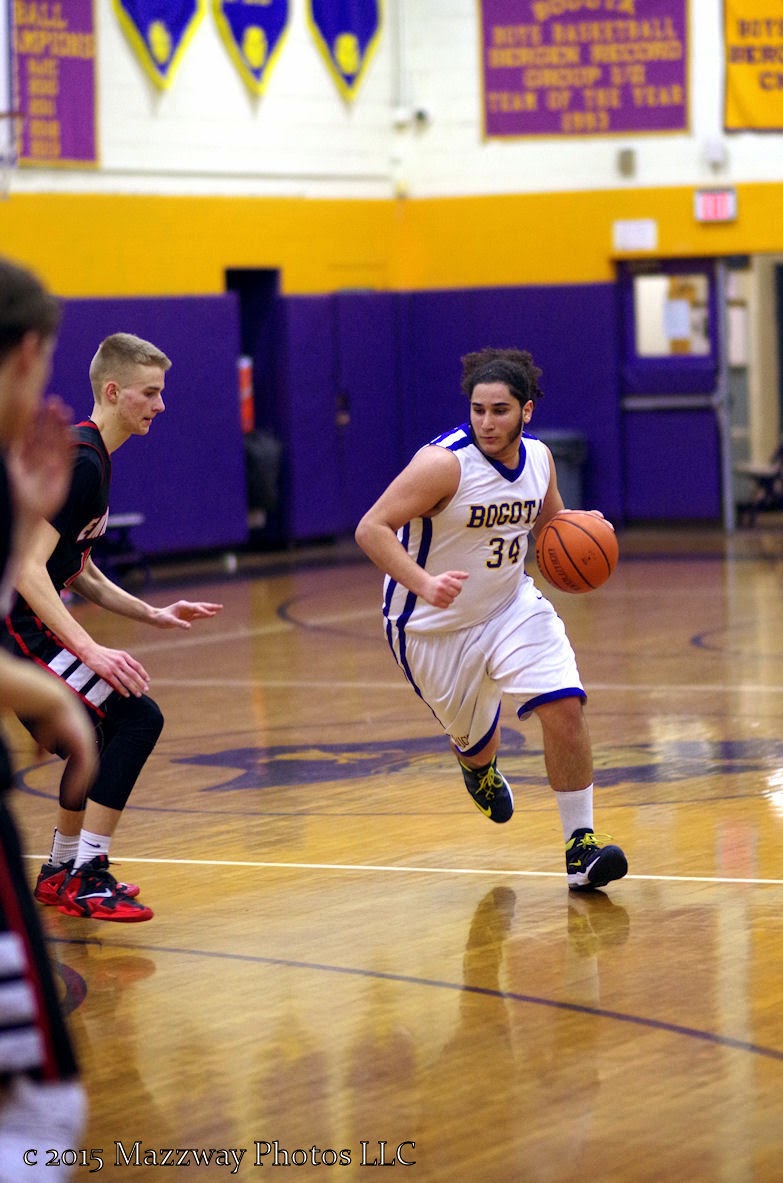 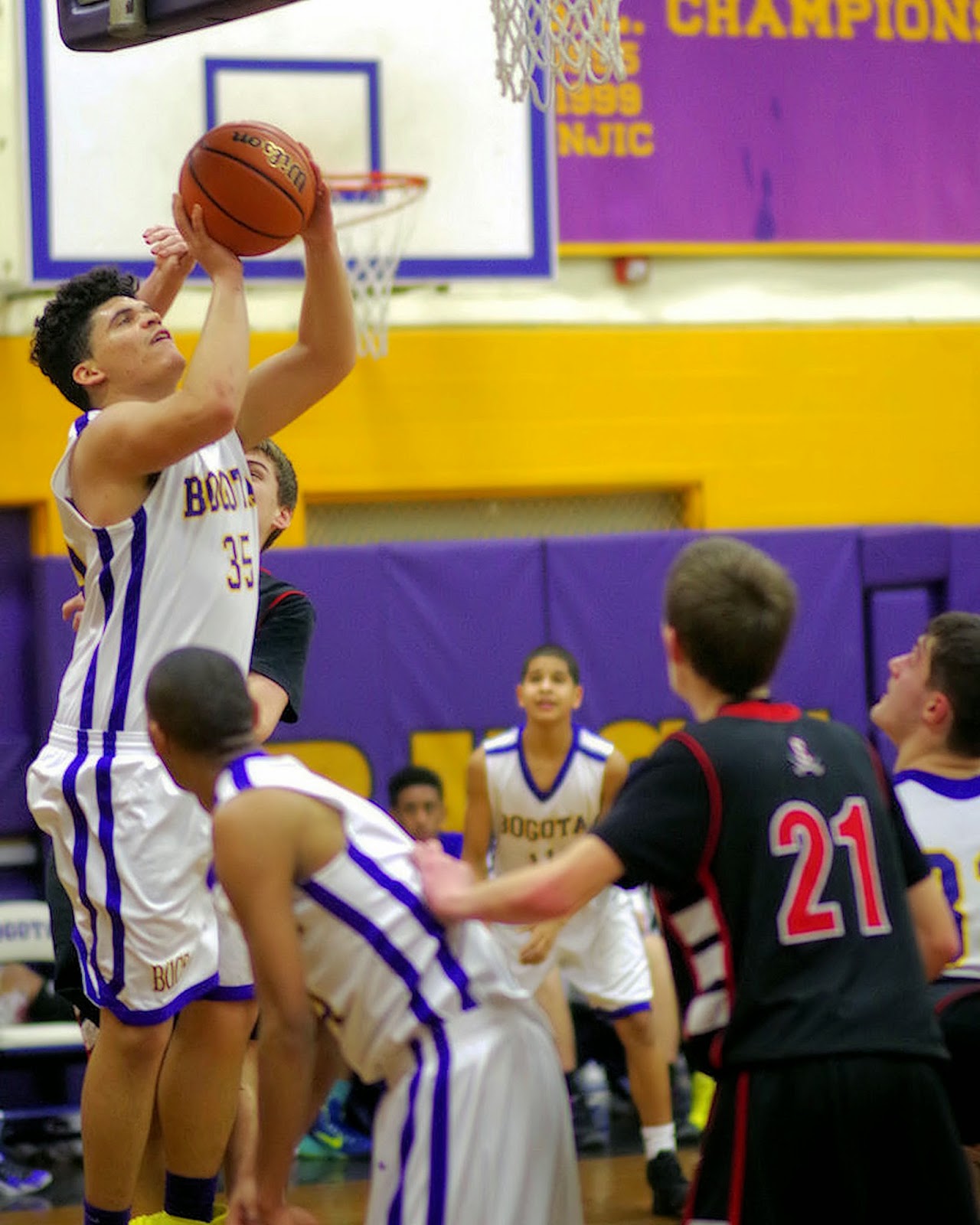 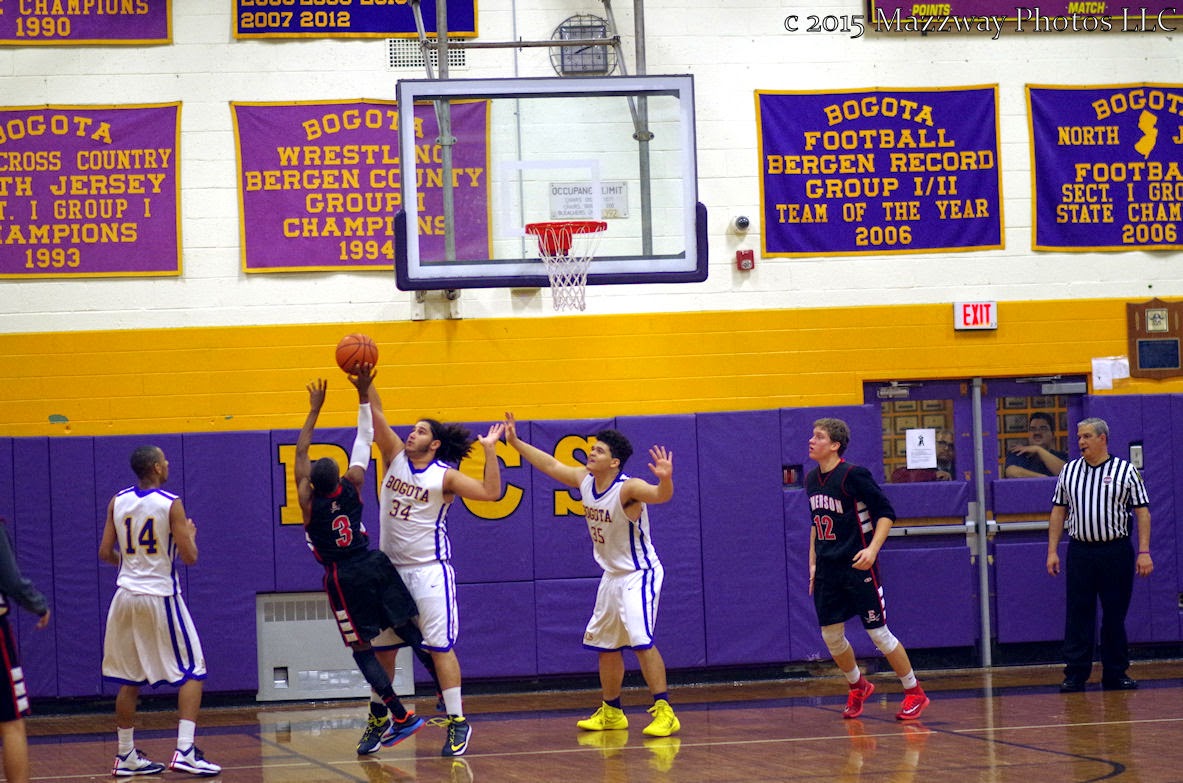 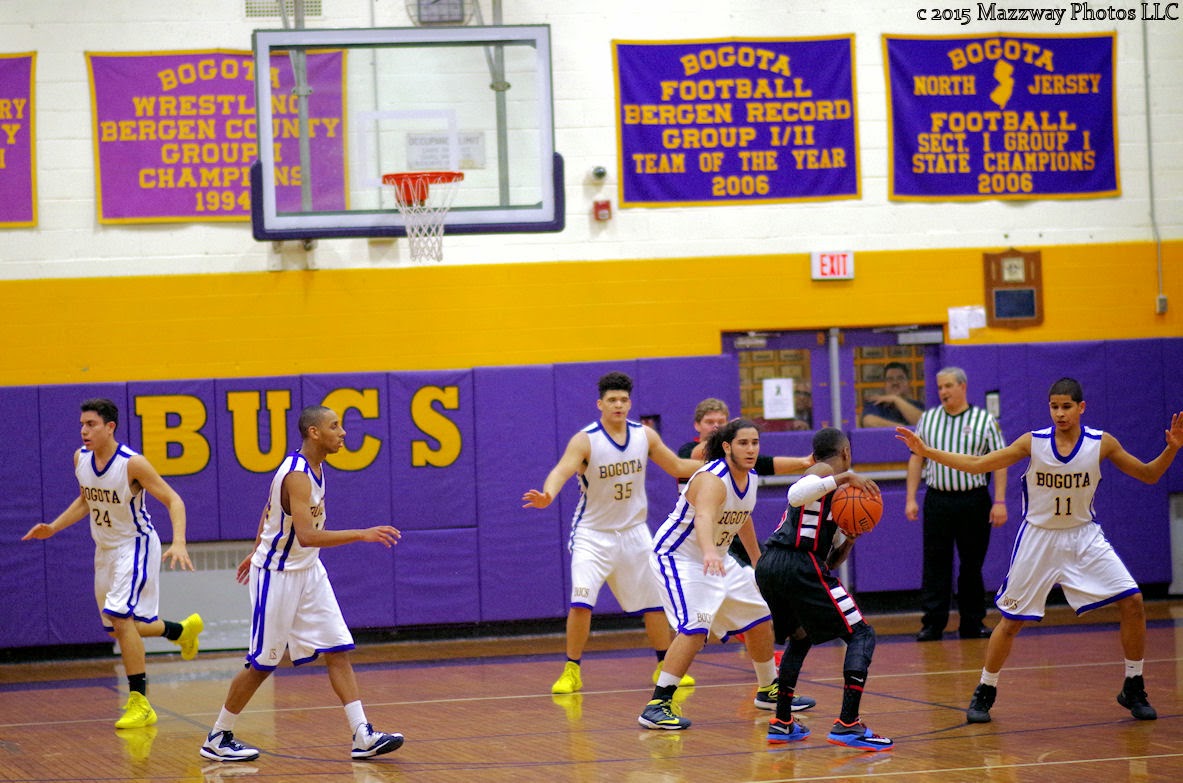 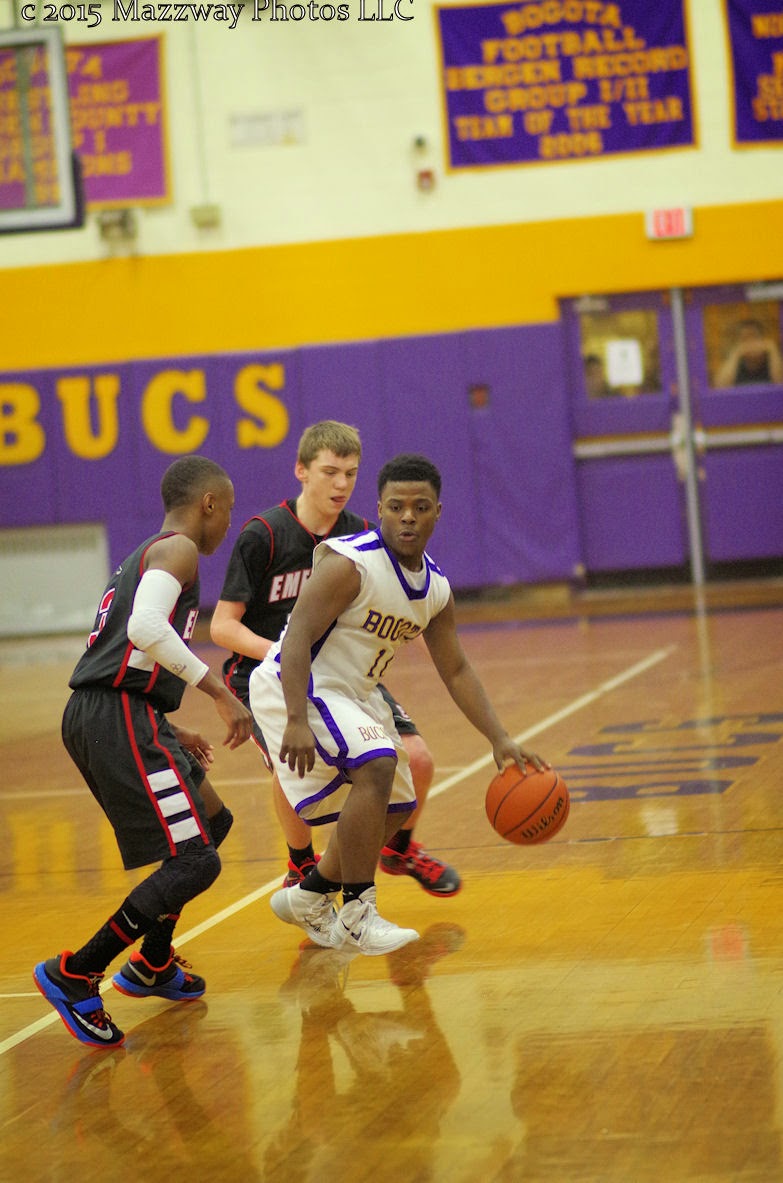 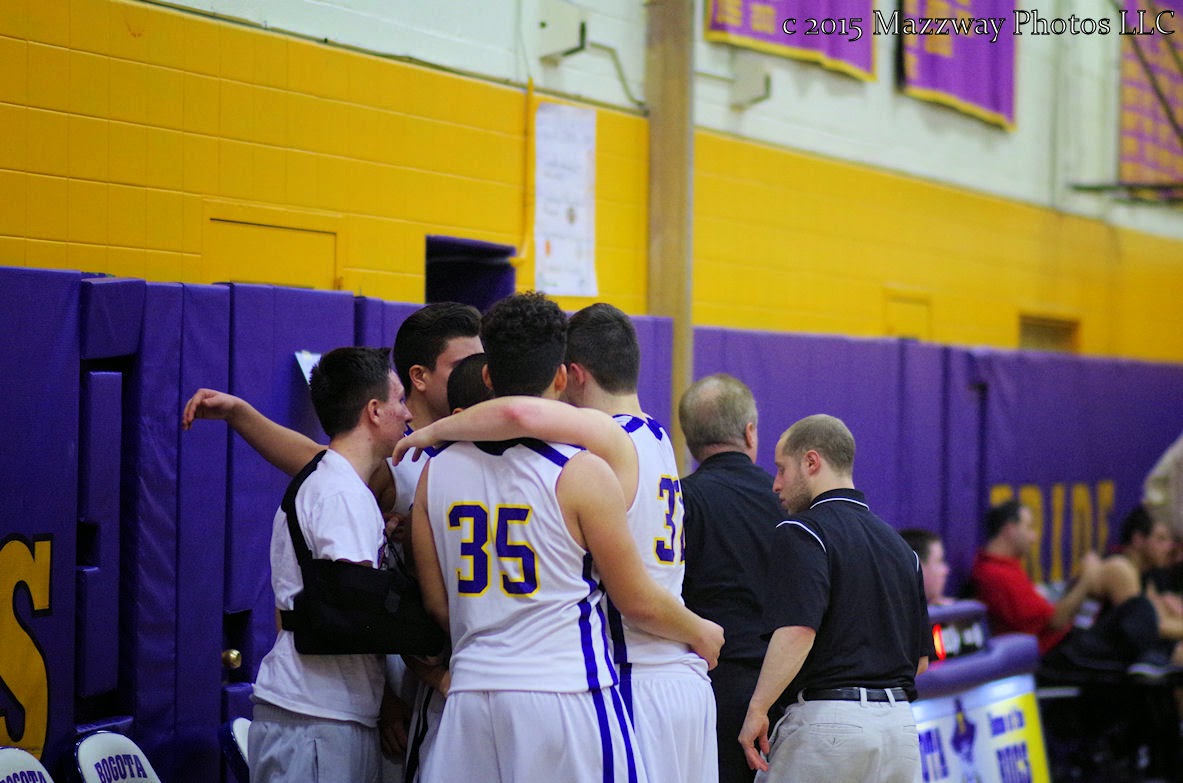 ( To help  support Bogota Blog NJ with it's coverage of Local news & sports please contribute what you can by using the  donation button  at the top right of the page.)
Posted by Bogota Blog NJ at 11:22 AM