28-Feb-2015
Bogota/Weehawken Wrestler Beni Lopez (285 lbs) lost his second round match  Regional 2 in the  NJSIAA tournament.He lost a 2-9 in a decision to Joe Longbardi of River Dell.
The Bogota Bucs Men’s Basketball Teams played their final regular season game at Home in Speary Gym on Friday 27- Feb. This was Senior Night and before the game the Senior Cheerleaders and players were honoured. Kenny Dixon, John Prepepaj, Danny Connors were brought out to share the moment with their Families. Coach Jay Mahoney took some time to talk about Mr. Connors and having him as a player for his High School Career. Mr. Connors had a season ending shoulder injury early in the year , but has been with the been with his teammates to support ,and offer advice when needed.
The game started out as a track meet and remand at a high tempo for the entire time. Bogota took a 4 Point lead into the half. The second half saw Ridgefield apply more pressure on the Bogota Offense with both teams trading baskets for the entire second half. Lead change a number of times in the final 8 Minutes until Royal Senior  Anas Zubi    found the net with under 5 seconds left on the clock. One last shot for the Bucs fell off target and Ridgefield had a 72-74 victory. Ridgefield’s   Mr. Zubi   had score his 1,000 points of his High School career was give the game ball by Coach Mahoney during the hand shakes after the final buzzer.

#8 Bogota next plays on Tuesday 3-March in a first round of the NJSIAA 2015 Group 1 Tournament against # 9 Palisades Park.  This will be a Home game for Bogota to be played at Speary Gym. Tip off time is 7:00p

Select photos from this event are for sale at  Bogota Blog NJ Zenfolio store at : http://bogotablognj.zenfolio.com Bucs basketball 2015 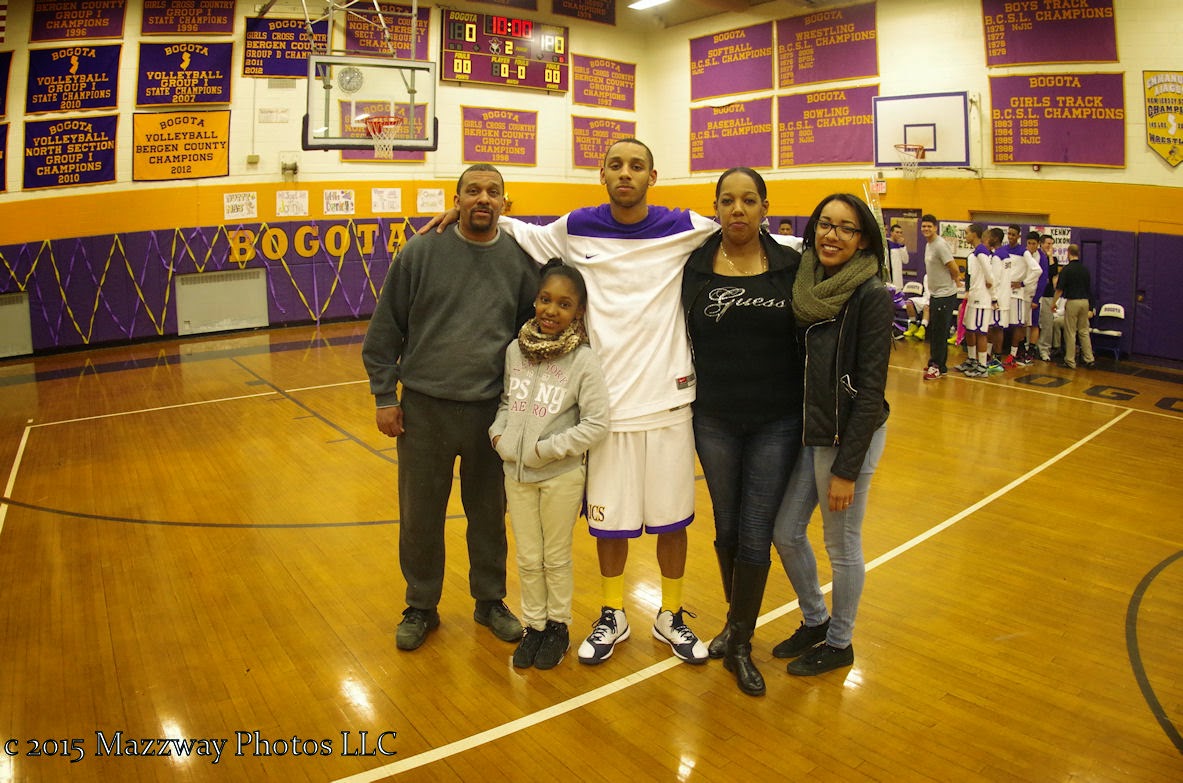 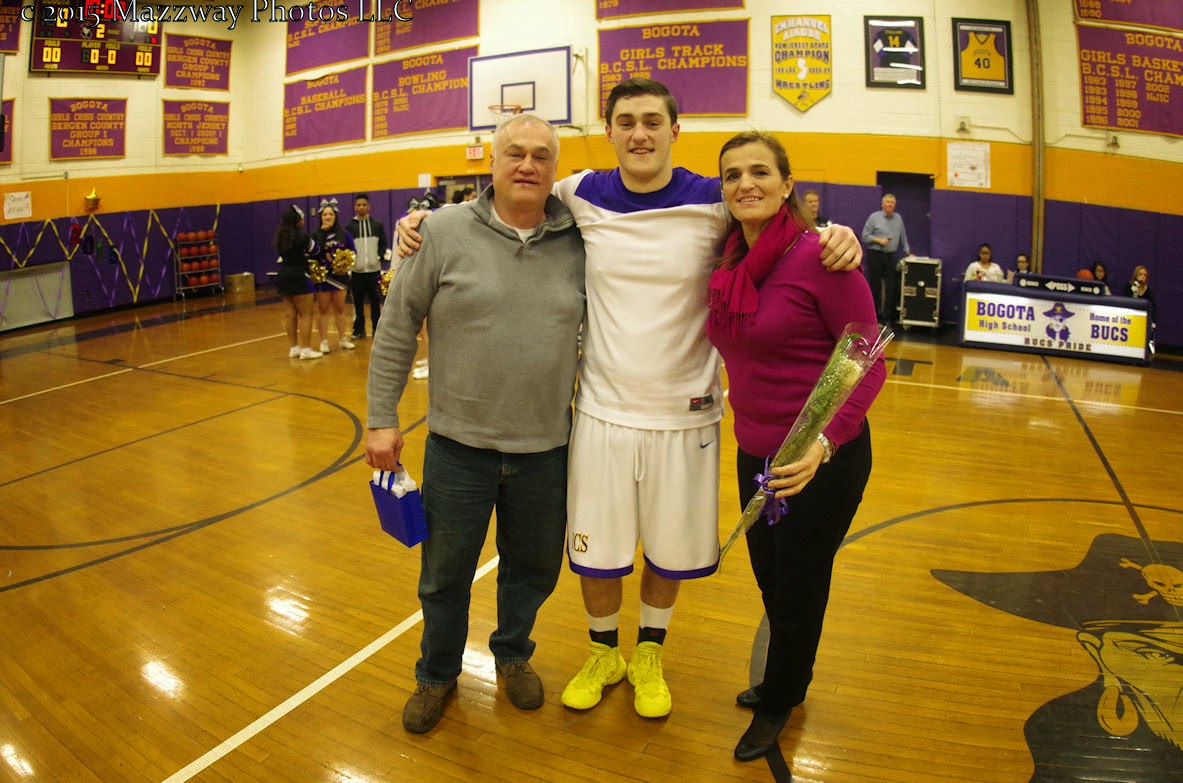 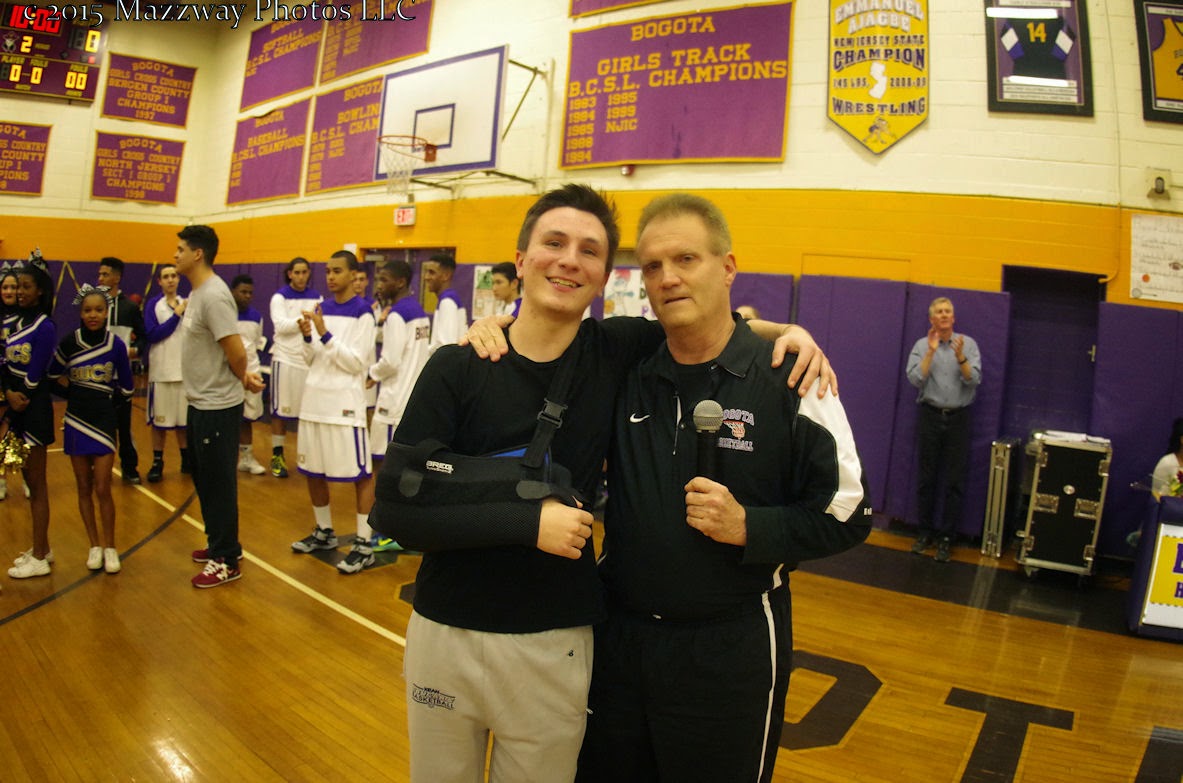 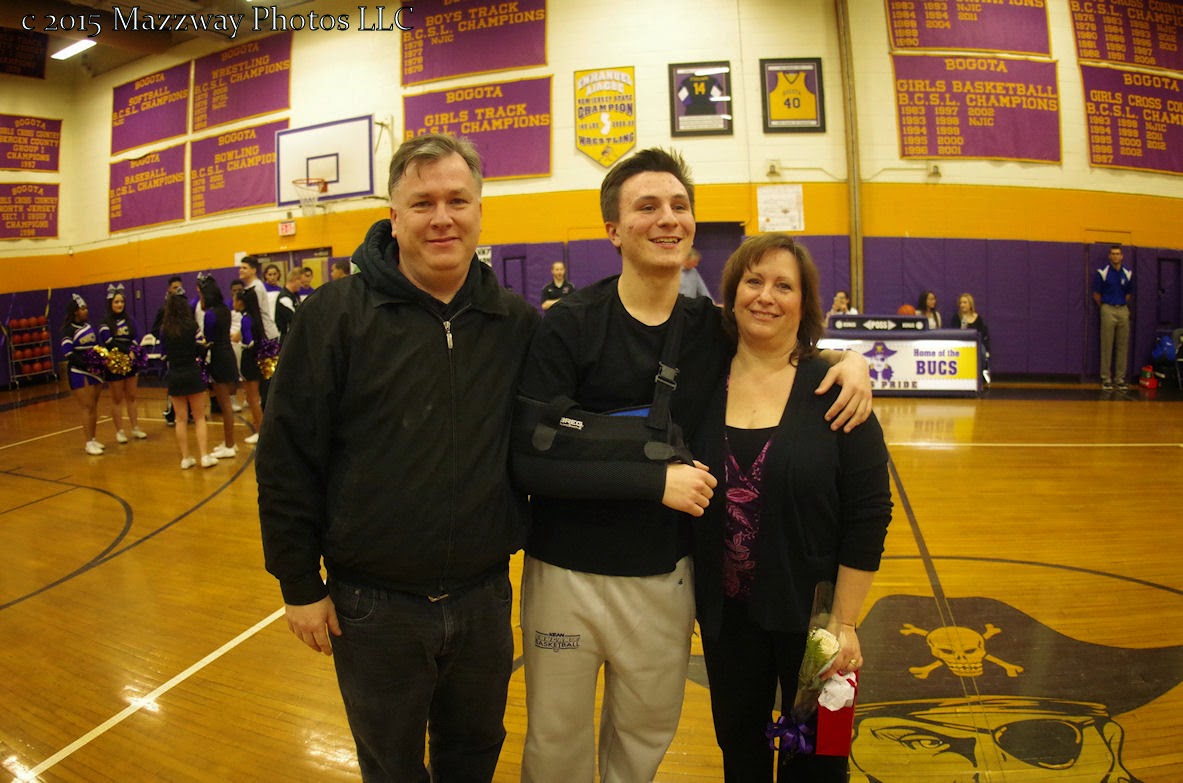 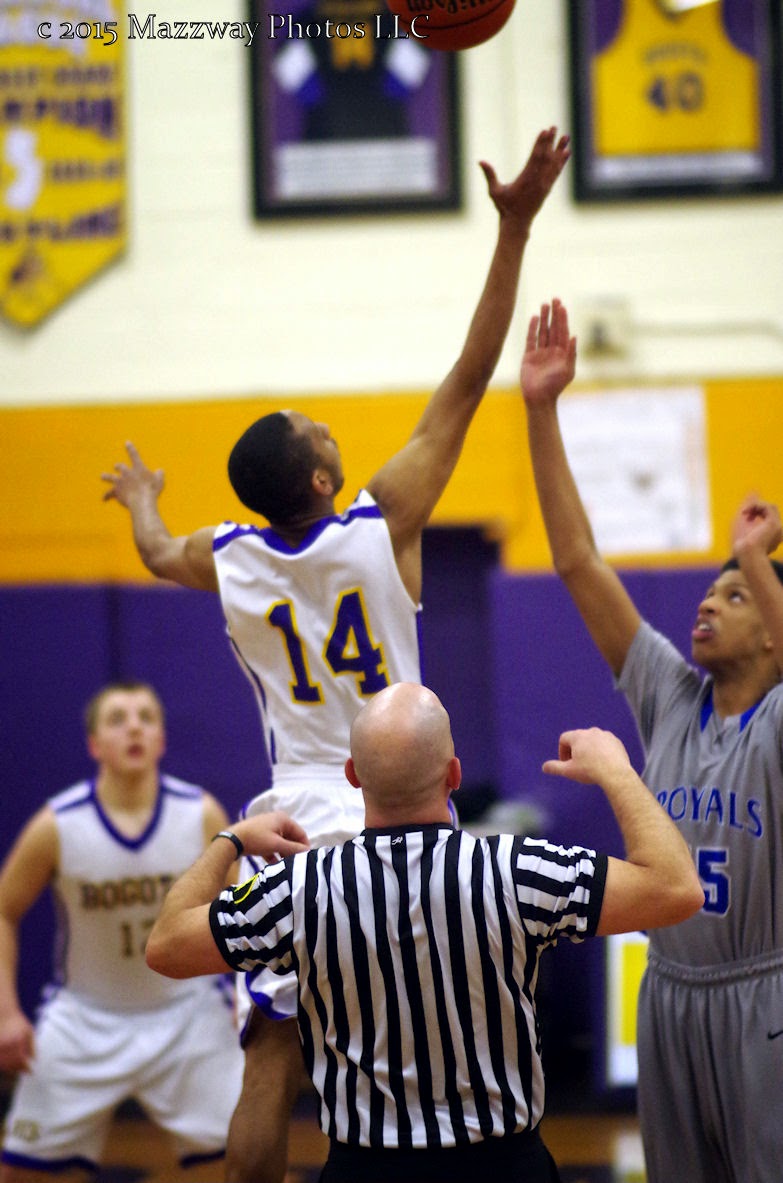 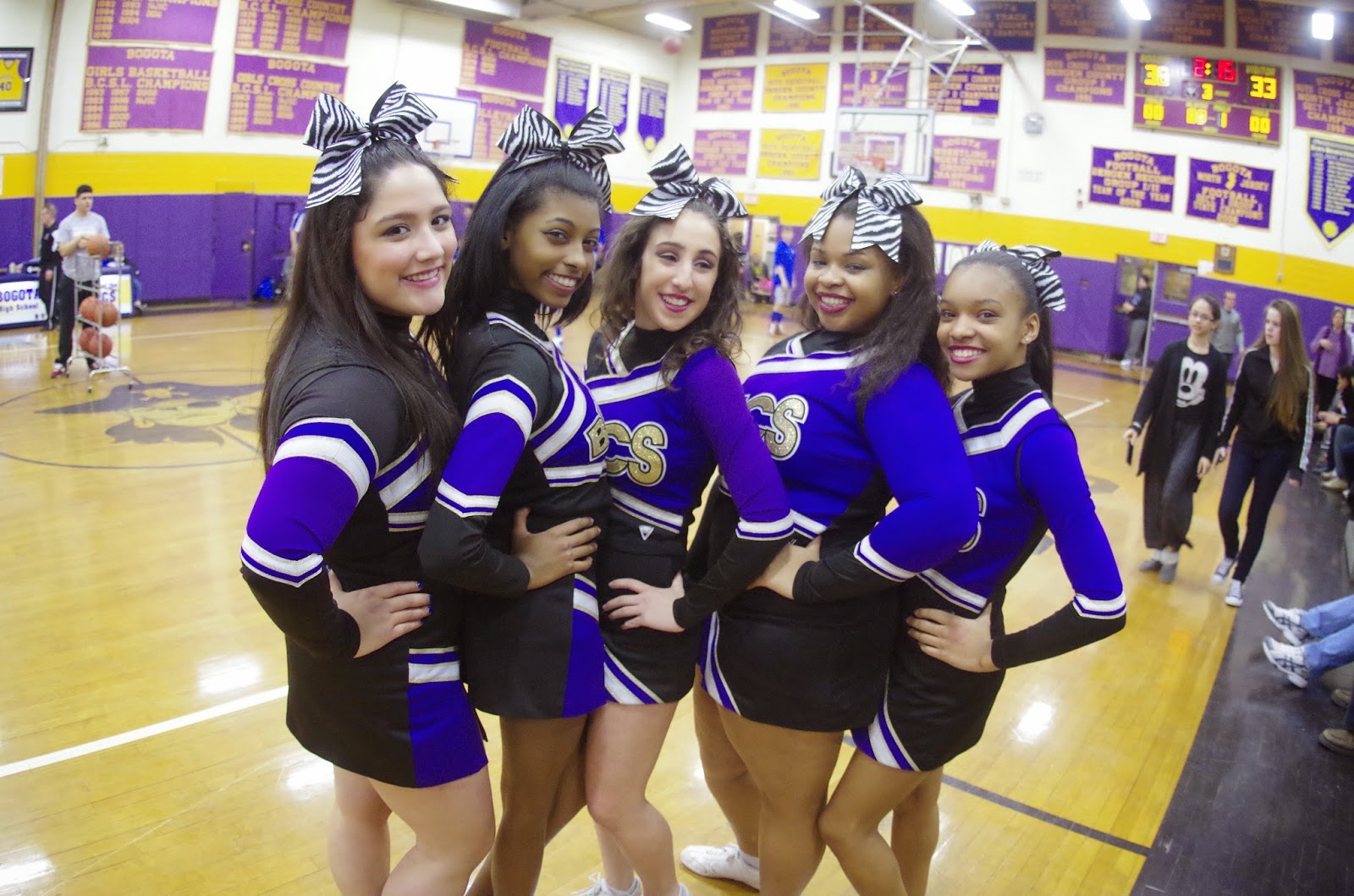 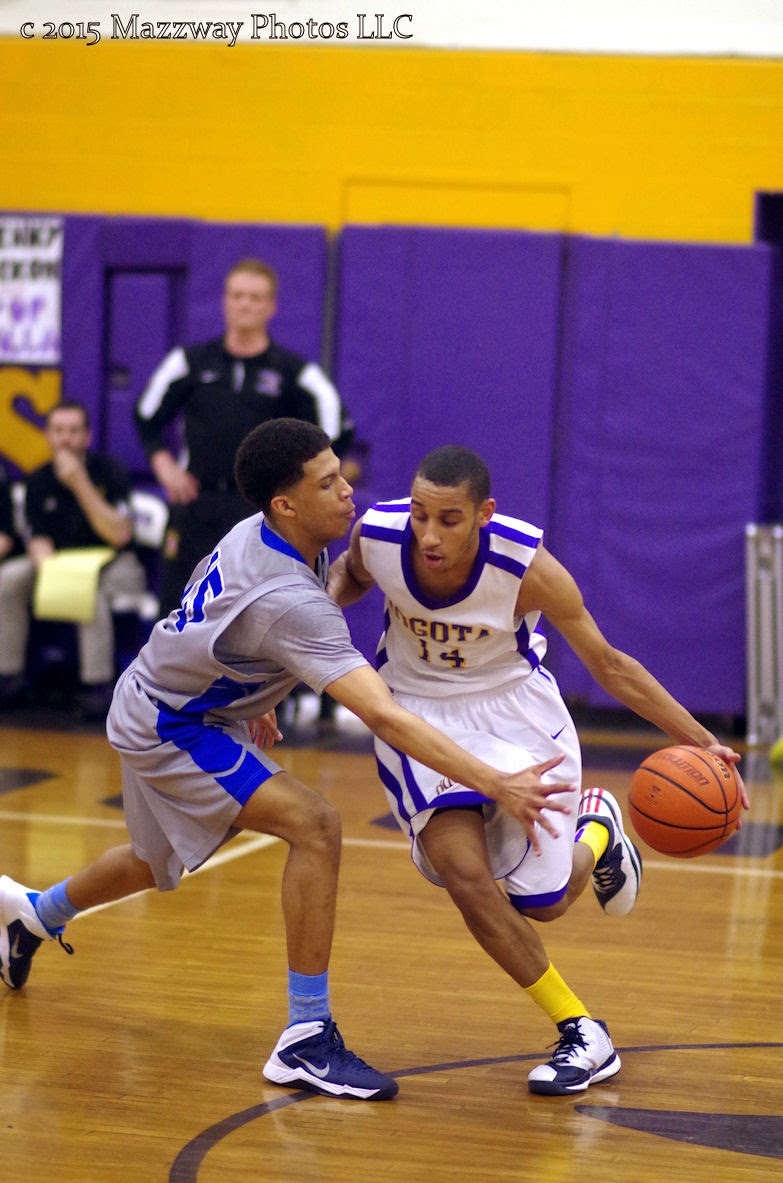 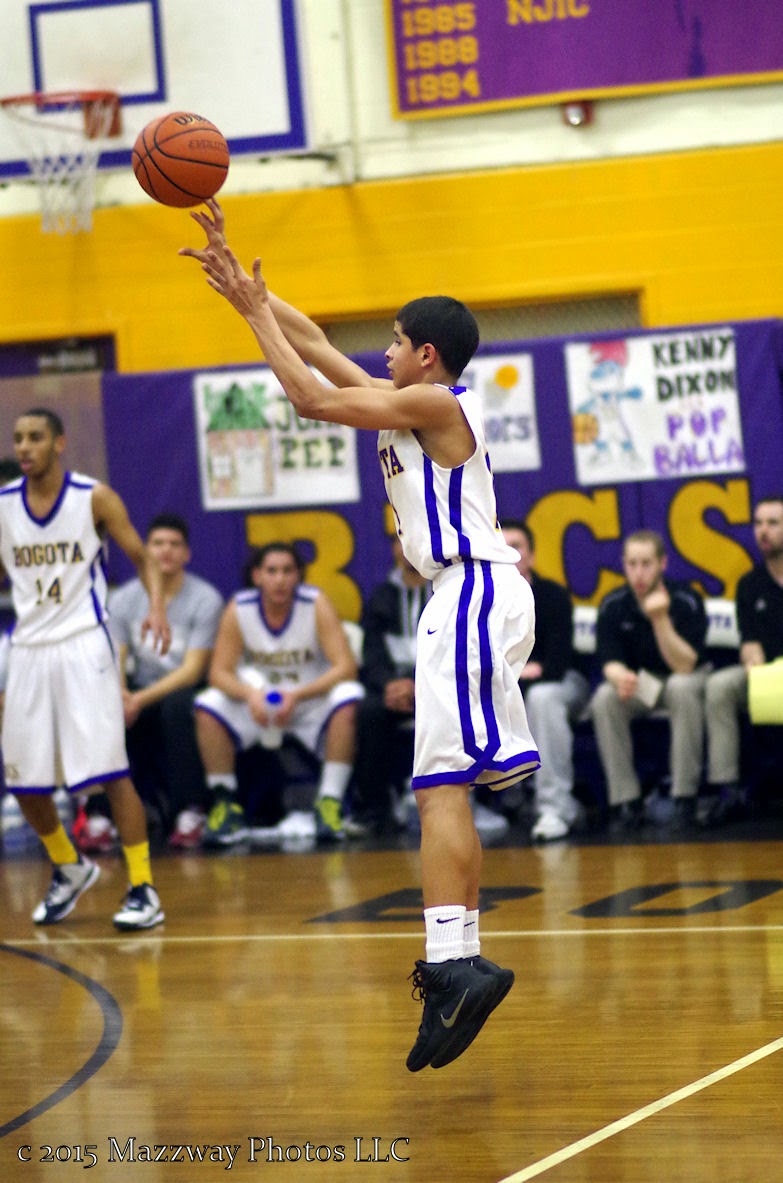 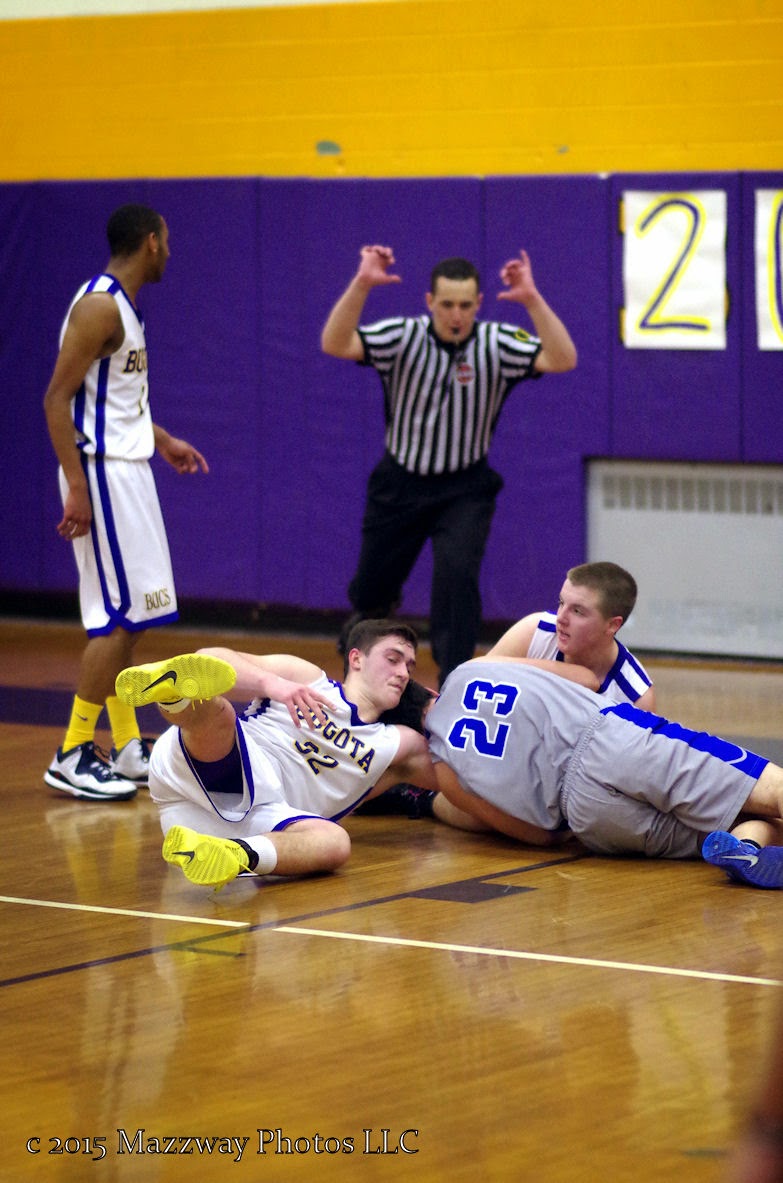 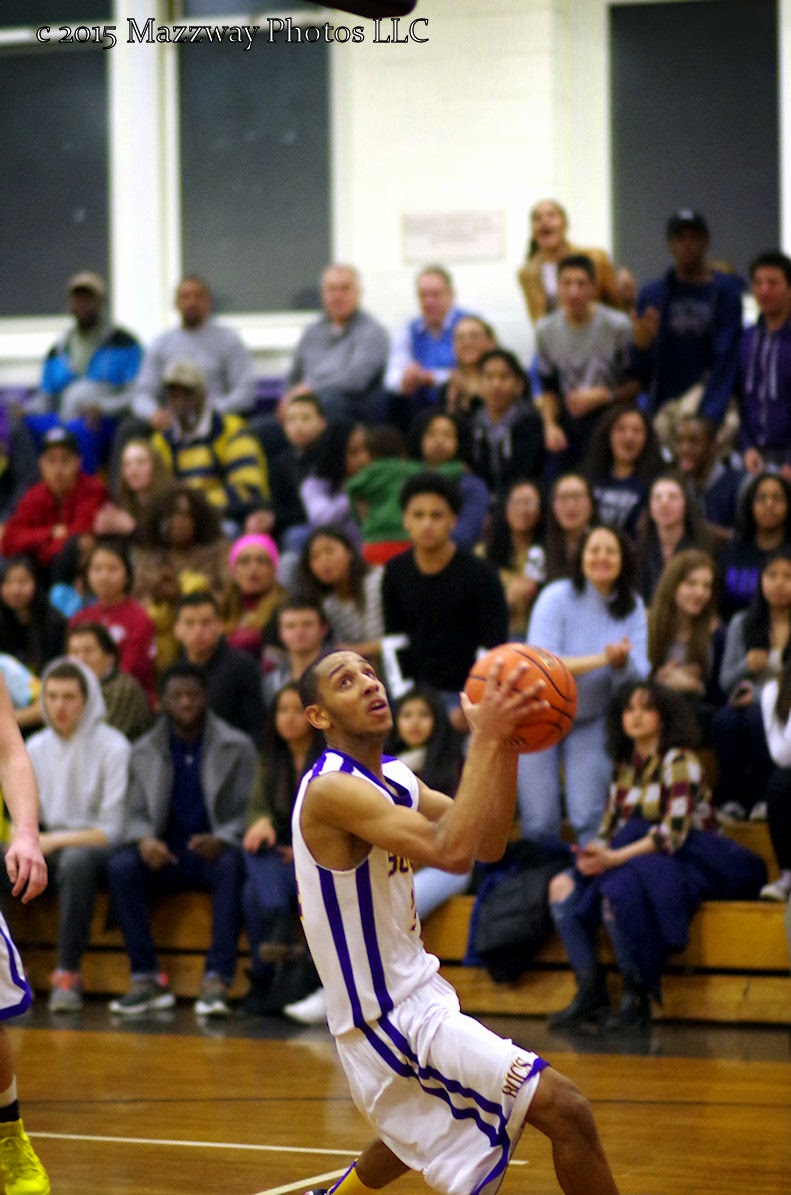 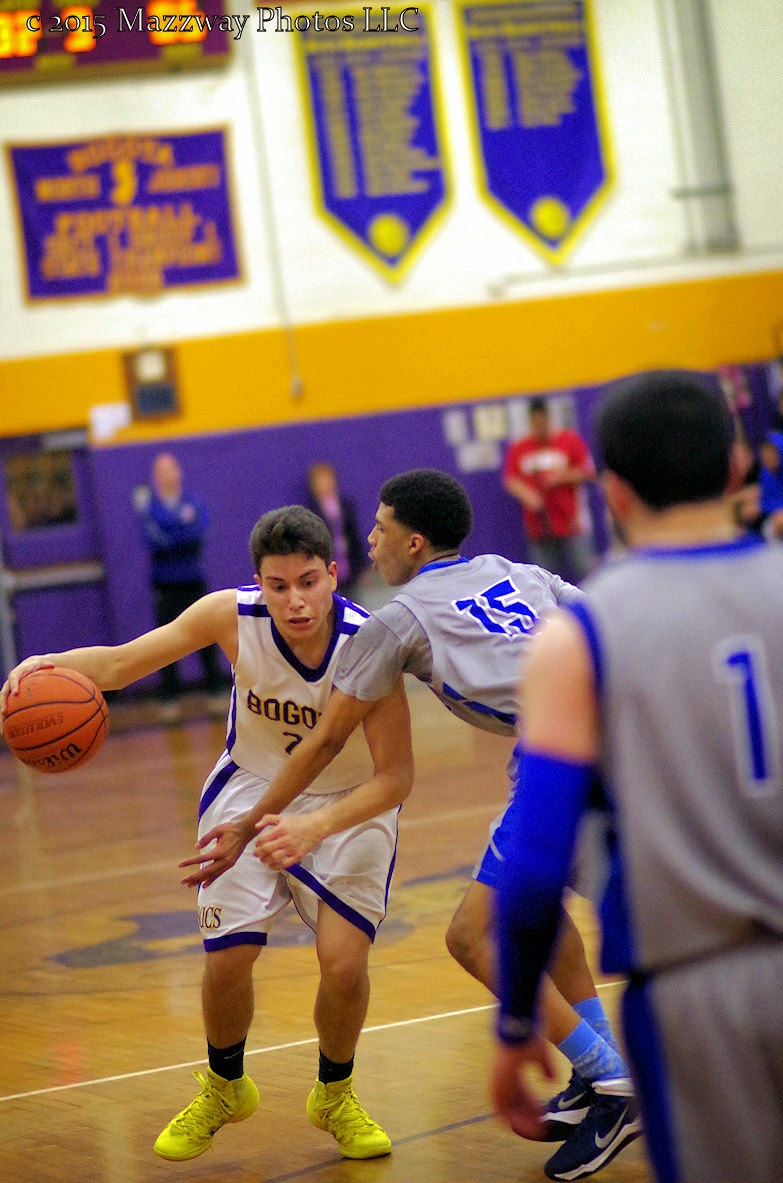 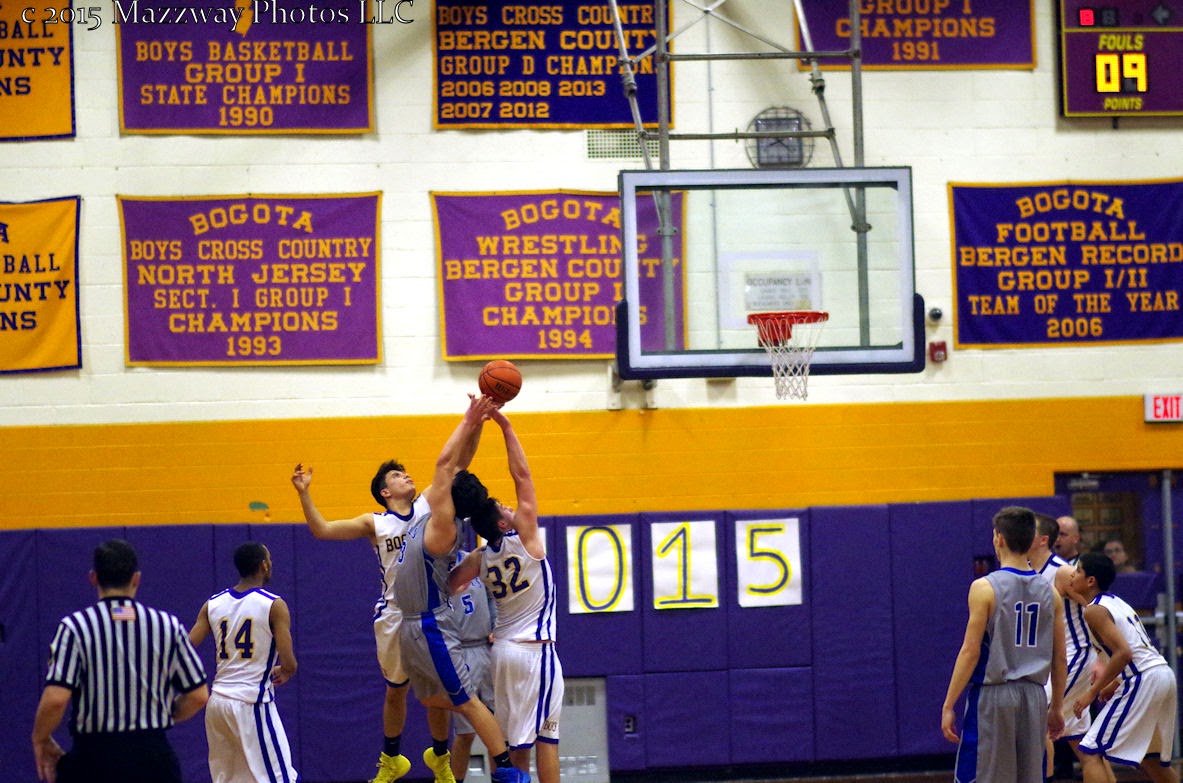 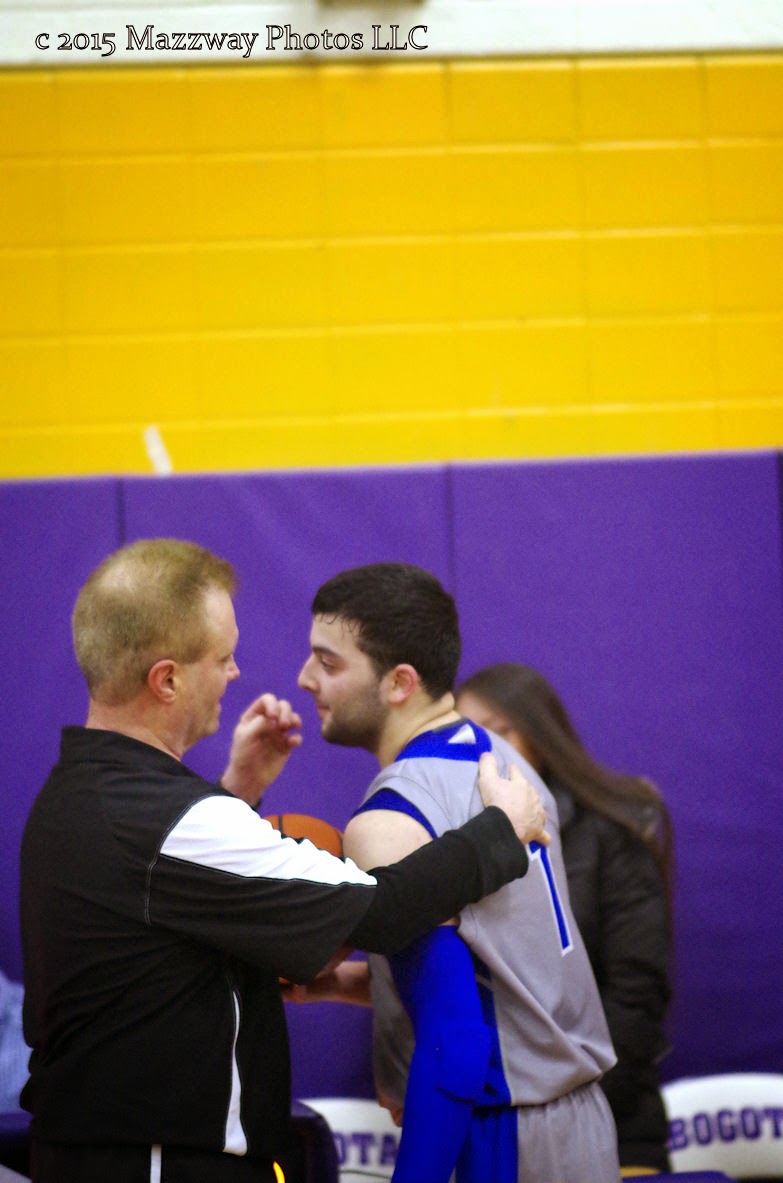