On Thursday 21-January the Bogota varsity basketball played against Park Ridge. The Men's team traveled to Park Ridge in a game that had the two top team competed to take the lead in the Patriot Division. The Owls where three points better in the first quarter, and Bogota could only shave one point off of that to trail at halftime 16-18. A even third quarter set up a dash to the end of the game in which Park Ridge came on top of the Bucs 46-49. This is Bogota first lost to a Patriot Division team this season, and gives them an overall record of 8-3 Tim Uzor had game highs with 14 Points and 4 Three Point Baskets.
Their schedule game at Eastern Christian on Saturday has been canceled due to weather concerns. They will next play on Tuesday 26- January aginst Saddle River Day School. This will be play at home in Speary Gym with a tip-off scheduled for 7:00p
The Lady Bucs took on the Lady Owls in Speary Gym. After a lackluster Bogota found itself trailing 14-27 at halftime. Coach Kennedy, during a timeout, had to question their readiness to play. After the restart Bogota played a more aggressive defensive game, while also pushing hard in the offensive zone as well. Front Court pressure help create turnovers leading to point which sliced in the Lady Owl advantage to only 4 points by three quarter time. Bogota continued their attempt at a comeback and push ahead by one point a couple of times. However Park Ridge capitalised on errant passing to come away with a 45-52 win over Bogota. Tatiana Bruno had game highs in Points with 19 and Three Point Baskets with 2.  Their record now stands at 3-8. They next travel to Saddle River Day School on Tuesday 26- January  with a scheduled tipoff at 5:30p 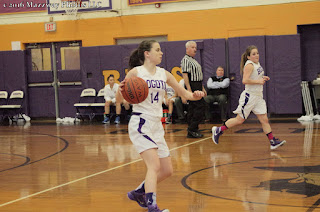 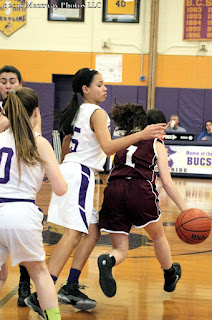 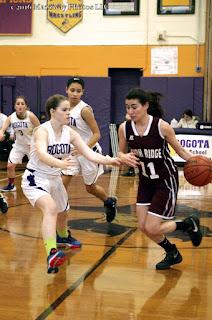 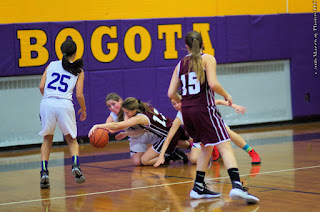 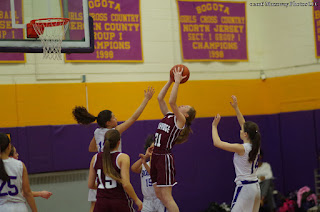 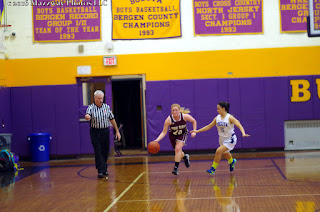 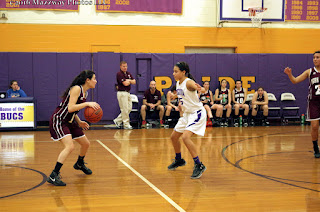 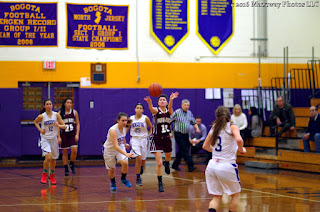 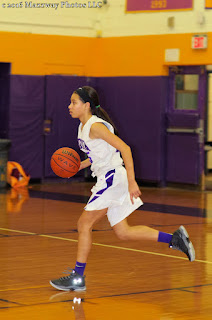 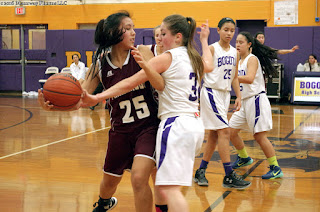 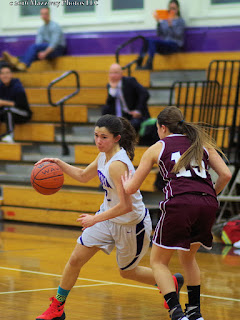 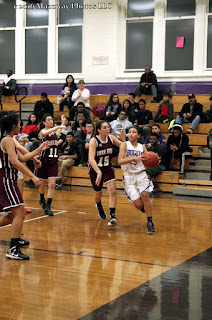