On Monday 2-May the Bogota Ralph Hall VFW post #5561 held their annual Loyalty Day Observances.This is a day that is use to recognize the heritage of American Freedoms. In honour of this day the Bogota VFW awarded winners in their Patriot's Pen writing contest. This is open to Students in 6st to 8th grade. This year theme was Freedom. There were six winning essays selected. Amelie Caceres, Emalia Samouhas, & Adbul Wasay Alam from Bogota Junior High School, and Elana Lane, Ryan Doyle, & Andre Stretz from St. Joseph's School.
The ceremony was opened by the Girls Scout troops # 5752411 and # 95865 acting as colour guard escorting the American flag to the stage. When the flag was presented, Earl Coppock then lead the audience in the Pledge of Allegiance. Mr. Coppock greeted the attendees and talked about the meaning of Loyalty Day. He said that a meaning of Loyalty was working as a part of a team for the common good. He then presented each of the essay winners, and had them read their thoughts to the audience. The next part of the program was  when Vietnam Veteran Alan Herrman told what Freedom and Loyalty meant to him. He talked about serving overseas to assist others infinding the type of Freedom he had growing up, and how one part of that was public service.
With Mayor Chris Kelemen away on Family matters Councilman Michael Connors thank the VFW and those attending on behalf of the Borough Council. He congratulated the writers on the hard work, and remember how proud he was of one of his son. He said to the Parent, and teachers that they too be proud of what they are apart of.
The event ended with the Girl Scouts singing ''God Bless America" with the Audience joining in. 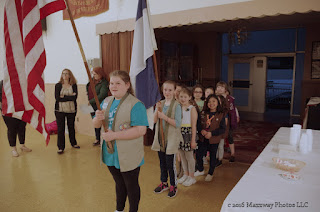 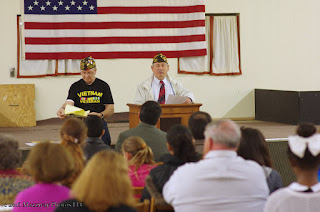 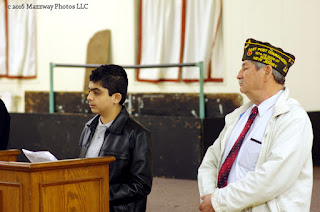 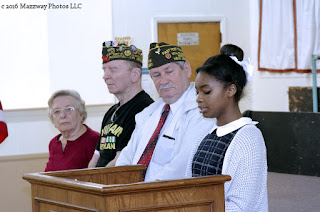 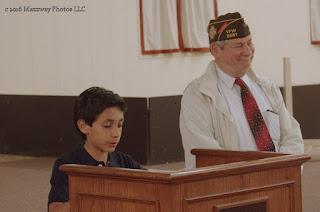 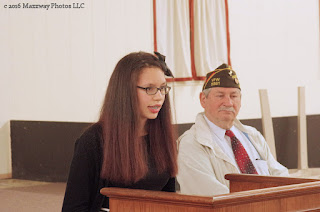 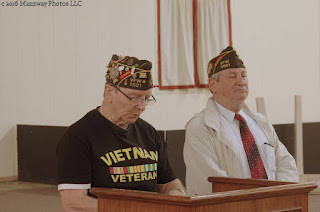 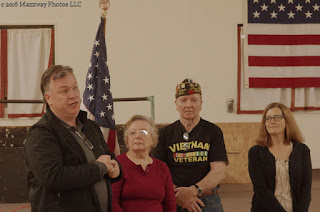