19-June-2016
On Saturday 18-June the Bogota Police Dept held a dedication of the new mural on the facade of their headquarters building.  The painting depicts  a "Thin Blue Line" flag waving in a breeze. It was painted by Artist  Scott Lobaido and commission by the group Brothers Before Others.  This group was contacted by former Bogota resident  Don Huneke, who is currently an Officer with the Broward County Sheriff office in Florida.   Officer Huneke contacted the BBO in the hope they could do something for the Borough. BBO President Michael Burke then work with the Bogota Police Dept. Mayor Chris Kelemen and the Borough Council  to have the mural decorate the Henry Smith Way entrance to Police Headquarters.
The ceremony started with Mayor Kelemen thanking "Brothers Before Others" for their donation to the Borough and Officer Huneke for remembering his home town. Then Mr Burke spoke to thank the Borough for allowing them to show their support for fellow officers in this way.  Mr. Burke acknowledge  Currant and retire officers in attendant including former Bogota Police Chief Hancock and other from the local area and those from out of state.  Then Officer Huneke  was asked to speak, and he said growing up in Bogota his family had Chief Hancock as a neighbor and would see his patrol car often. Chief Hancock would talk with the neighbor Students and slowly the lessons of Community pride and service, along with sense of helping others was adapted by the young neighbors.  Some joined the Police Force, while others enlisted in the US Armed Forces and looked for more ways to better the communities they lived in.
After his talk Office Huneke and Bogota Police Commissioner Councilman John Mitchell unveiled a plaque marking the dedication of the mural to the Police Dept and the Borough of Bogota. 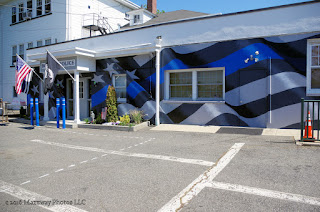 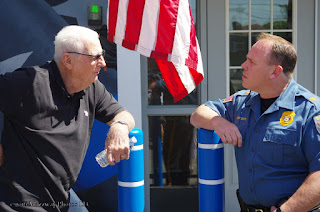 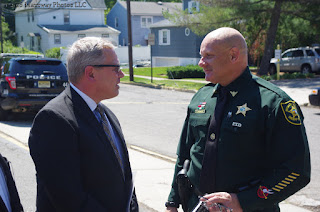 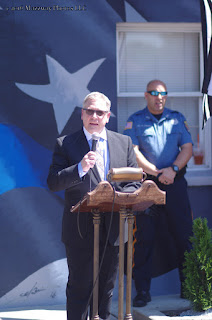 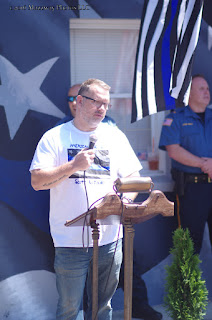 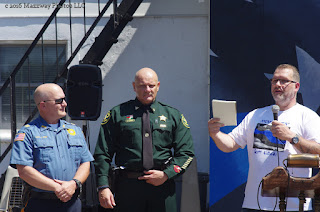 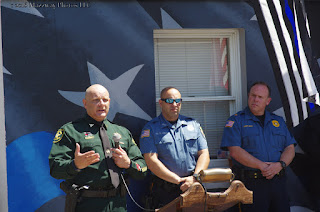 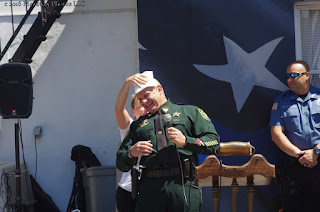 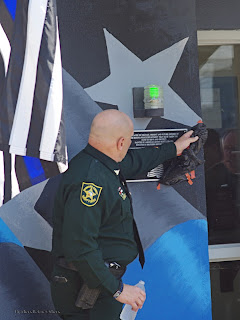 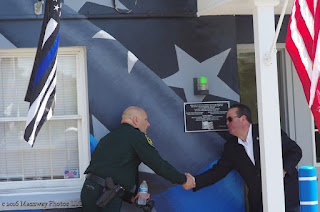 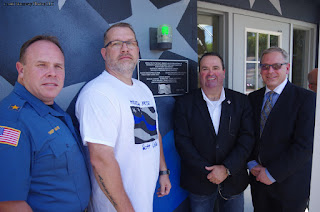 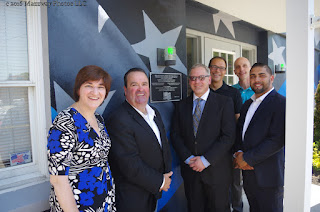