On Sunday 5-June St. Joseph's Church in Bogota held a special mass to honour St. Joseph's School Principal James Newman on his service to the school. After eight years of being the Principal of St. Joseph's School Mr. Newman  will retire from his duties as an educator. A graduate of St. Joseph's School in 1965 himself. Principal Newman went on to earn a BA from Montclair State University in 1973 for Communication Sciences. After that he earn his masters from Columbia University for Education of the Deaf & hearing Impaired in 1974. He taught with the Bergen County Special Services in the Hearing Impaired program for seven years. Mr, Newman was also Director of Special Services in Midland Park for 13 years.
In 2008 he became Principal Of St. Joseph's School. During his tenure Principal Newman oversaw the upgrade of many areas of the school itself. From expanding the air-conditioning into the class rooms & refurbishing the gymnasium. To adding a new media center and science lab.
After the mass a retire brunch was held in the school's gym were he was able to be thanked and completed for his years of service to St. Joseph's. He received two personalized gift of poems. One by as Student from the seventh grade class. The other by Students from the Graduating Class of 2016 which has been in attendance at St. Joseph's together for the past eight years. 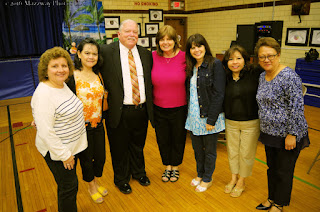 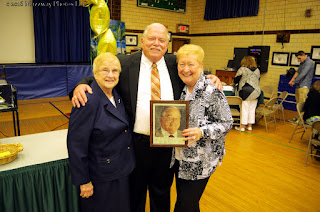 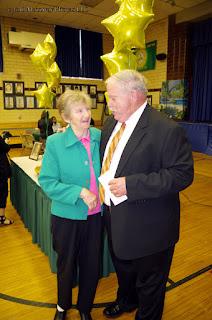 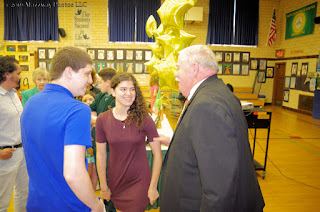 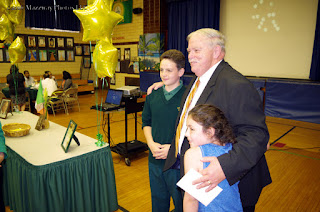 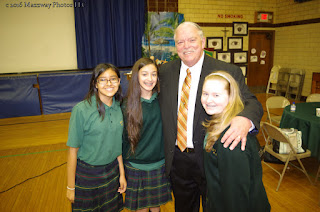 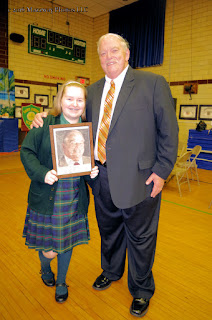 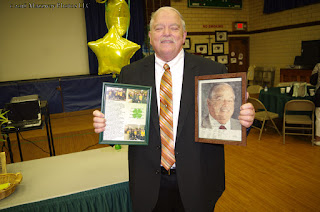