12-June-2016
On Friday  10- June the St.Joseph's School held their graduation Ceremony for the eight grade class of 2016. This was held in the St. Joseph's Church in front of Family and other guest. The 29 Students graduates dressed in White and Green proceeded down the aisle  to their place of honor in the front pews. Olivia Toutounjian gave the welcoming address to thank all those in attendance and to the Facility and Staff of St. Joseph's for helping them succeed in their academic careers. Marianne Caoile delivered the Opening Prayer. The three highest Students Stephanie Doyle, Nicholas Munno and head of her Class Elana Lane then spoke about their years at St.Joseph's. All talked about being scared entering for the first day  school. Wondering if they could make any friends, and what they would  be able to learn. They all looked back on a group of young children have learned, grown and matured into the young Women and Men ready to move on to their secondary education. Ideas of how to act around those unusually Humans know as Girls. And could those ones know as Boys ever be able to act "normal". But it was told as the years passed too quickly by, classmates became friends, those friends became Family. While some friends became closer, all seemed to wonder. "What is going to become of the lizard that got lost in the ceiling".
Next Principal Newman presented the Graduating Class of 2016 to Father Timothy Graff  who awarded them their Diplomas. After that  came the announcements  of various awards and Scholarships won be a number of the Graduates. Then the entire class assembles at the Alter to sing a tribute to their Parents for their support and assistants over the years. The Graduates then presented their Families with a Yellow Rose symbolizing not only St. Joseph's but the joy in celebrating the beginning of the next part of their lives.
Before the Graduates left the Alter Principal James Newman was asked to take a seat in front of them. They serenaded him with a song in-order to  thanked him for his eight years of being the only Principal some of them have known and to wish him well on his upcoming retirement.
Steven Espinoza  delivered the Closing Prayer, and the  St.Joseph's Class of 2016 proceeded to parade through the Audience into the future. 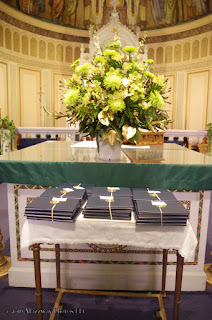 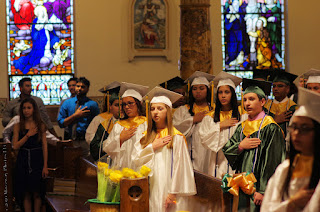 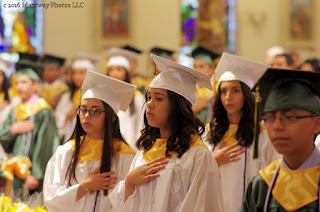 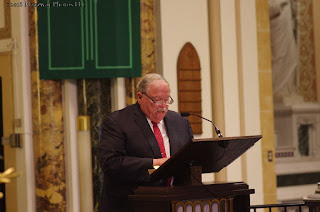 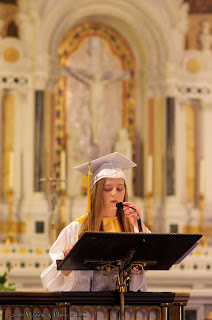 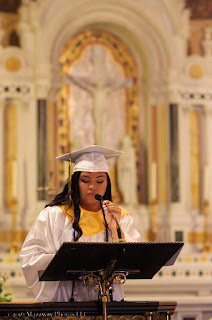 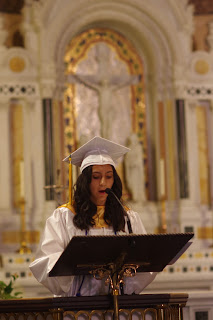 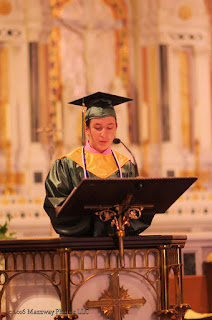 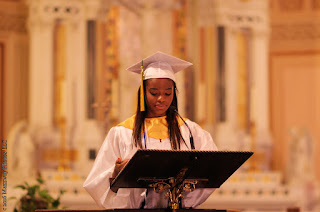 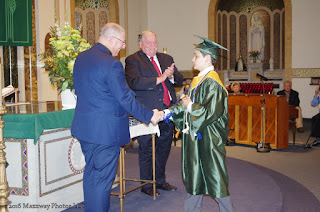 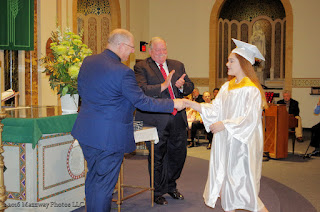 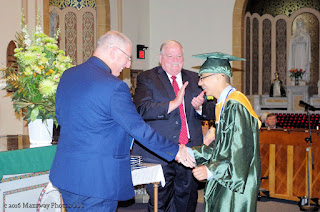 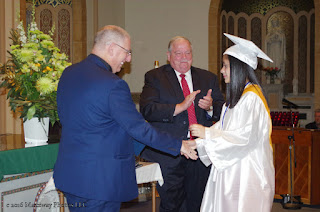 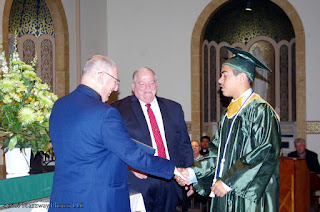 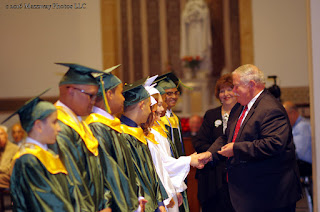 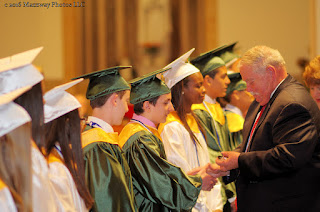 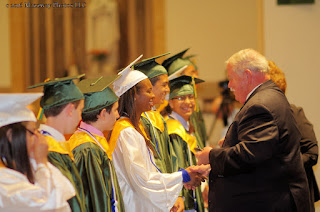 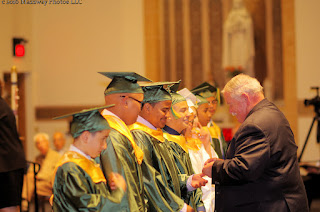 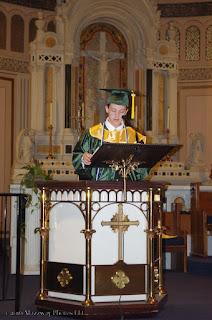 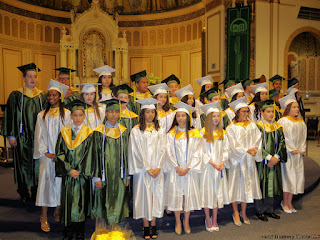 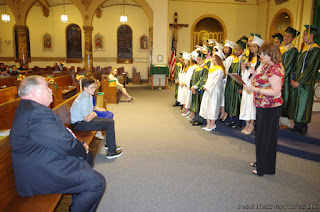 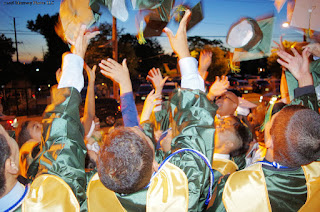