Late in May the apartment  complex at 297 Palisades Ave began excepting tenets. The property on the site of the former Dewey School is now named Lafayette-Dewey.  It is a 44 unit complex with a mixed of one & two bedroom apartments. Dewey School closed it's door in 1994, and the building was torn down in 2004.  After a number of attempts to have low income housing at that site a plan was finally put in place to redeveloped the property. The final design became a 5 story structure, with ground level reserved for parking, along with a second parking deck that accommodate twice the number of vehicles than apartment units.  The final height is lower than the bell tower of St. Joseph's Church, a block away. The colour scheme is earth-tone shades with a stone facade at street level.
A controversy began over the tax abutment given to the developers. The Borough  gave a 30  year PILOT  to 297 Palisade Ave Urban Renewal LLC,  a 30 year tax abatement for 30 years. In the first ten year the Borough is scheduled to receive 10% of the occupied rent from the apartments when all units are rented. It increases to 11-14 % for the next 10 years then 15% for the final ten years. Borough official estimate a total of $3.3 million for the life of the agreement. Under normal property taxes bill the Borough estimated total for the same time frame would about $2.3 million at the current tax rate. During the 30 year agreement the developer could not ask, or sue, for a reassessment. Under the PILOT agreement the Borough would 95% of the funds.  The Bogota Board of Education would only receive 60% of the sale of the property.
Construction was halted once when the proper permits for soil removal could not be located. There was also concern that all permits were not file before  excavation began.  When the paper work was completed work again resumed. When it was time to close the sidewalk for  safety 297 Palisade Ave Urban Renewal LLC, hired uniform Police Officers to direct both vehicle and pedestrian traffic around the work site. By the fall of 2014 the foundation was complete. With major construction continuing until 2015, followed be interior finish work.
There are three accesses to the off street parking.  A separate entrance and exit on the Palisade Ave side. Which are signed to alert drivers of pedestrian crossing in front of the building. and a third access to the upper parking deck off of Fourth Pl. With the installation of the upper parking deck the retaining wall along Second Pl. has been secured. 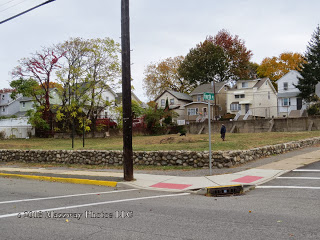 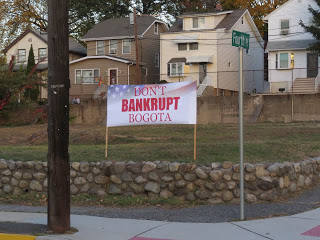 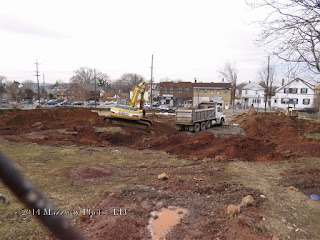 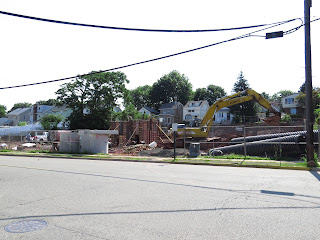 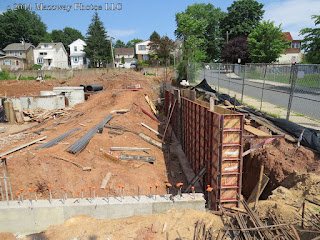 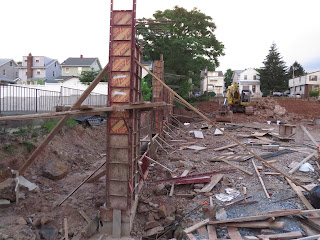 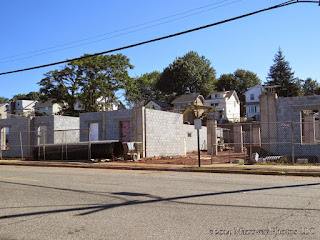 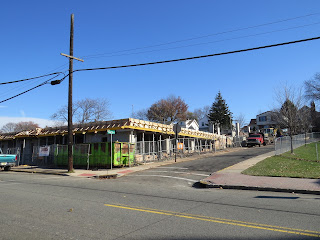 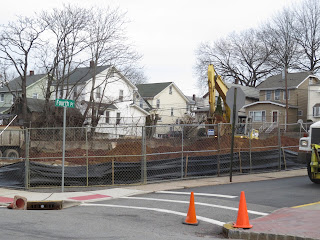 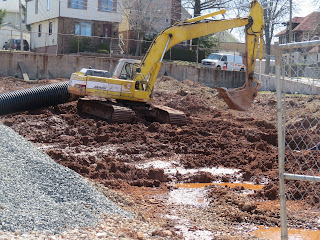 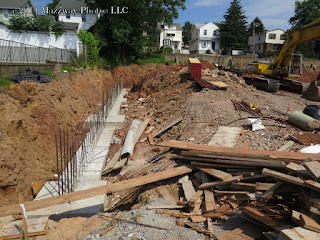 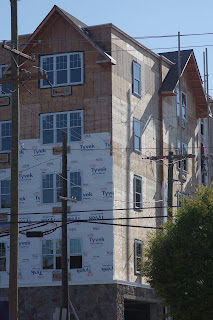 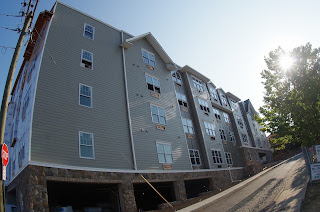 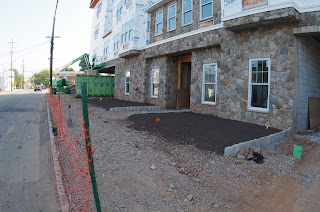 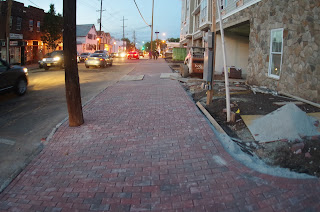 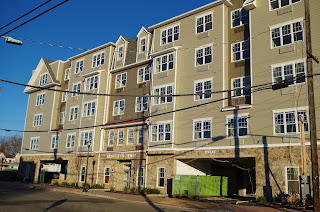 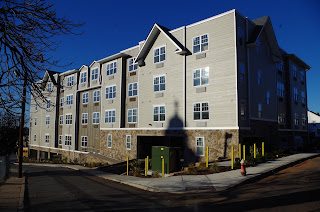 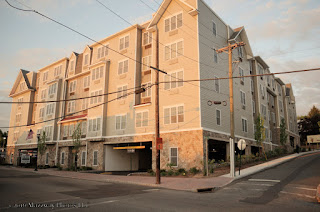 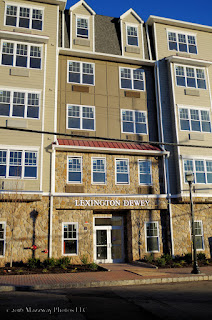 (To help  support Bogota Blog NJ with it's coverage of Local news & sports please contribute what you can by using the  donation button  at the top right of the page.)
Posted by Bogota Blog NJ at 10:59 AM