17-May-2017
On Tuesday-16-May the Bogota Lady Bucs Softball team held their Senior Game at Lady Buc Field in Olsen Park. Before the game the Seniors  players from both teams were honoured. Bogota Coach Brad DiRupo first announced Lady Owls Seniors KellyAnn Rubino and Ali Farinaro names. They two Park Ridge players were then given a bouquet of roses. Then Coach DiRupo talked about his own Senior Players. Tiffany Cabral, Jazlynn Howard,  Julia Goni, Jaclyn Villafuerte, and Leah Pimentel were then called up one by one as Coach DiRupo spoke of the work, and leadership these players have shown in the softball career at Bogota. After they were presented with their own bouquet of roses, the players were joined by their Families for hugs and photos. To start the game Yanilda Martinez sung the National Anthem.
When play started Park Ridge's  KellyAnn Rubino put the Lady Owls ahead with lead off Home Run. In the second inning Ashley Silva would tie the game by scoring on an RBI Double from Jazlynn Howard. Bogota would add two more runs in the third inning, and three more in the fifth on their way to 6-1 win.  Madison Heck would stuck out 10 batters and give only 3 more hits for the win.  Anna Granquist & Jazlynn Howard would each hit Doubles, and Madison Heck, & Jayleen Arce would recorded 2 RBI's apiece. Their record is now 14-9. Their next game is on Thursday-18-May  when  #12 Bogota  plays at #5 Hasbrouck Heights a first round game in the NJSIAA North 1 Group 1 Tournament. 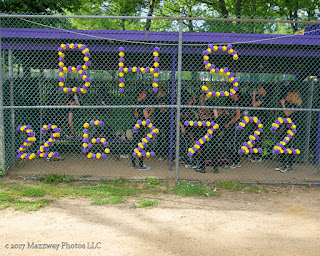 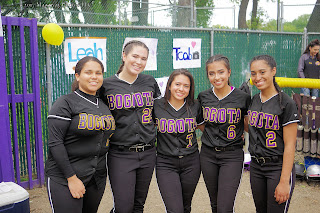 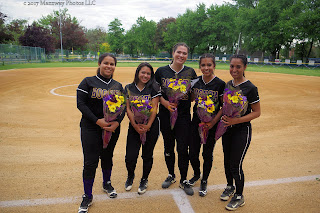 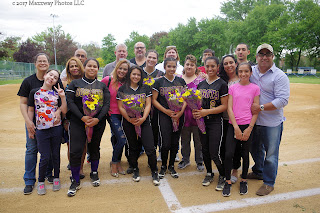 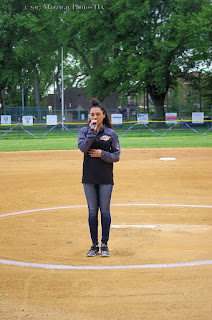 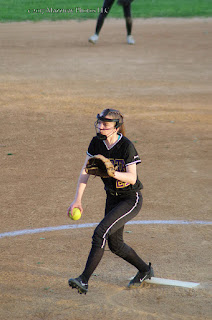 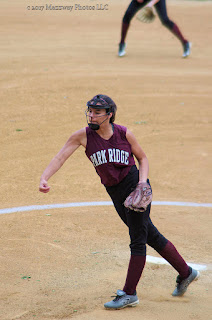 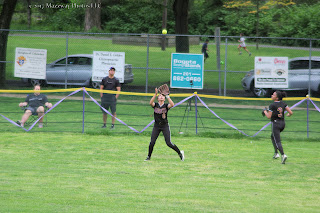 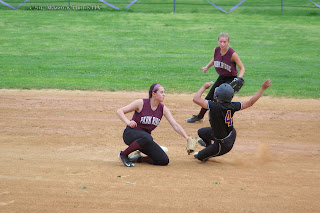 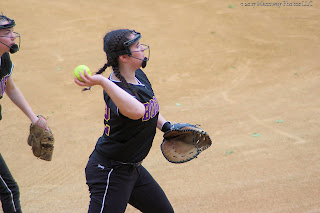 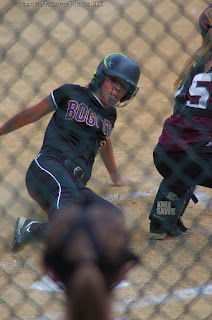 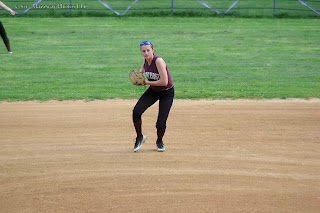 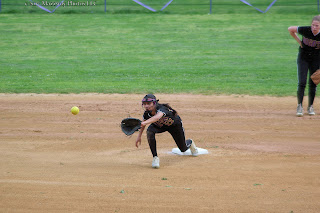 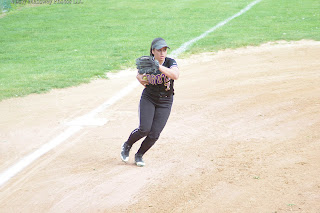 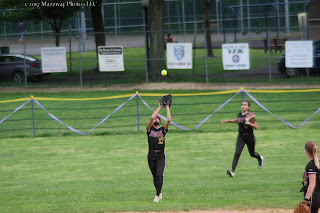 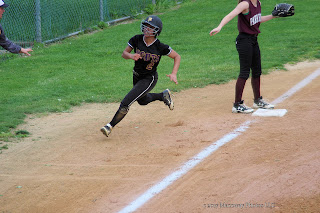 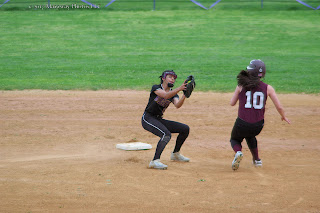 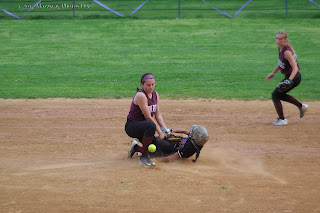 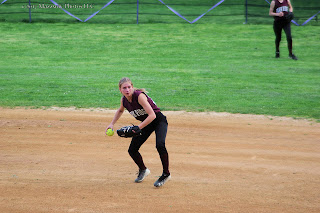 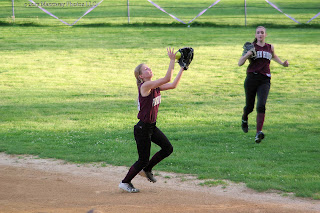 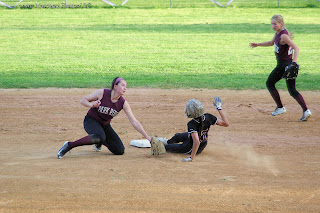 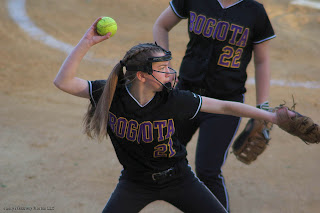 ( To help  support Bogota Blog NJ with it's coverage of local information, events & sports please contribute what you can by using the  donation button  at the top right of the page.)
Posted by Bogota Blog NJ at 7:03 AM