Teaneck Board of Education

30-April-2020
On Wednesday-29-April the Teaneck Board of Education held there Regular Public meeting for April. This was a virtual meeting held on Zoom and by teleconference The meeting started with a moment of silence. In his Superintendent’s Report Dr. Christopher Irving  took some time to recognize two Students and a Teacher for their work during the current situation. First was Student Elias Sanchez, and Science teacher Mr. Rolando  Monserrat. They worked together on making clear face shields  that were donated to worker at Holy Name Hospital to help protect the workers while taking care of patents. This was done on a 3-d printer in school and one belonging to  Mr. Monserrat. The next Student honoured was Brianda Andeade who hand made bracelets and sold them in from of her Parents house. The money raise from the sell of these bracelets  was donated to the Teaneck Ambulance Corps.
Then Dr. Irving announced that the online learning for Teaneck Student will now be done on Google Classroom.  From information on this please go to:   https://www.teaneckschools.org/Students.aspx
There was also a number of  changes and postponement announced. One was that Dr. Irving  excepts all Families that have applied to Preschool for the next school year will be accepted.  He also is looking into online learning for the Summer Program offered to those Students who need them.  Some of the postponements were named were there will be no Standardize State testing this year. the cancellation of the Summer Camp, and the delay of the Township of  Teaneck’s 125th anniversary celebration. When one is held in 2021 the School District will join in as much as possible.
This was followed by Dr. Irving  giving the 2020-21 Budget presentation. He outlined proposals that would have a different tax rate increase. There was a 1.8 %, a 2.0%  and a 2.2%. The middle rate at 2.0% was recommended. A lengthy discussion followed from the Trustees.   The focus was on whether to approve  the 2.0% or the 1.8% increase. When the budget came up for a vote, later in the meeting the 2.0% increase was approved with the feeling that when the next school years begins the Board does not to risk  the District unable to afford unseen expensive.
All other agenda items were passed by an unanimous vote. Some of the more note worthy item that passed were  to accept the retirement of  Whittier Elementary School Teacher, Ms.  Alison Colahan after 22 years of service. Teaneck High School  Teacher Mr.  Henry Hali, for 28 years of service. Hawthorne Elementary School  Ms.Julianne Boyle.
The next Workshop Meeting is scheduled for Wednesday-13-May, and the next Regular public Meeting is scheduled for  Wednesday-20-May. Both of these meeting are open to the public. For times and access information please visit their website at:  https://www.teaneckschools.org 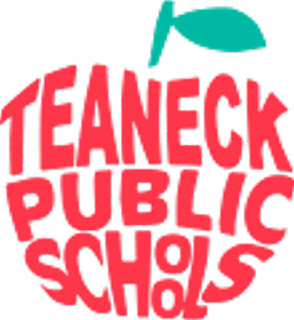