18-May-2020
On Monday-18-May the Village of Ridgefield Park’s Mayor George Fosdick gave an update on the current health situation.  This was broadcast on the Ridgefield Park Office of Emergency Management’s facebook page. It can be seen at:   https://www.facebook.com/rppdnj/videos
At the start of his update he released the current number of confirmed positive cases for Ridgefield Park. That number was 272 cases. This was only 4 more cases than a week ago.  Mayor Fosdick  said this was showing that a spread of the virus is slowing down. He also said that there will be more testing available to the resident of New Jersey, and this may lead to an increased number of positive cases.
Then Mayor Fosdick said that also confirmed that the deadline to pay all local property taxes has been  extended to Monday-1-June-2020 without penalty.  On Tuesday-2-June-2020 the penalties of 8% on payment under $1500.00 and 18% over $1,500.00 will occur. The Village will accept cash payments as well as on-line, check, and credit card payments.
There is also a drop box by at the main drop of police headquarters.  This will be accessible 24 hours a day. The cash payments will need to made at the Municipal Building using the front door. This will run front from 8:30a to 2:00p  on regular business days.
Mayor Fosdick also reminded the resident that the 2020 U.S. census  is still being taken and urge everyone to fill out, by mail or on line, their forms. He reported only 55%  have responded. Then it was announced that all parks in the Village are open for visitors with limited parking for walking, jogging or biking. Also the running track at the High School has been reopened, but with the same distance restrictions in effect.
Mayor Fosdick reminded the residents that there are volunteers available to anyone who needs some assistance. This would include even everyday task such as picking and the delivery of grocery or other chores to anyone who wishes to stay at home. To access this service, or to volunteer their time to help please call the Ridgefield Park Office of Emergency Management at 201-440-2570.
It was announced that both the FEMA testing site at Bergen Community College and the Bergen County site at the New Bridge Medical Center are available to the General Public regardless of  showing, or not showing symptoms. The New Bridge testing site requires a pre-register. There was also an announced at Bergen County will begin  mobile testing units. The Mayor has inquired that the Village of Ridgfield Park be eligible to be included as a site for one of these unit. A decision on where these units will be place will be announced at a later date. Mobile testing is targeting to be a walked site. No prescription is needed, anyone who will be test should refrain from eating, drinking, chewing gum, or smoking 30 minutes prior to the test. Results will be made available between  48 and 72 hours after testing. Proof of residence, or working in, Bergen County is required.
More information can be found at the Village  website at :  https://www.ridgefieldpark.org/
At the end of his update Mayor Fosdick said this was his final address as Mayor of Ridgefield Park. He chooses not to run for reelection after 28 years of serving as Mayor, and  36 years as a member of the Board of Commissioners. He then introduce Commissioner  John Anlian, as of this broadcast the final election results from Tuesday-12-May have not be certified by Bergen County.  The results that have been post show that Commissioner  Anlian has received the most vote and is in line to become the next Mayor of Ridgefield Park. Commissioner Anlian thanked Mayor Fosdick for his years of service to the Village. At the latest Board of Commissioners meeting on 7-May  a proclamation was read Honouring  Mayor Fosdick for his service to the Village of Ridgefield Park.
The next meeting schedule for the Village Government will be a combined Caucus  and Regular meeting on Thursday-19-May scheduled to start at 7:00p. This will be the Sin Die to finish any official business of the current Board of Commissioners. This will be a virtual meeting available on:
- Zoom at
https://us02web.zoom.us/j/86892174514?pwd=K3FoYVA0elhMRzBkREFDeHlEOEp1UT09
Meeting ID: 868 9217 4514    Password: 683478
- By telephone at:
646 558 8656 Meeting ID: 868 9217 4514 Password: 683478
To take part in these meeting please call 978-990-5000 using code: 331392 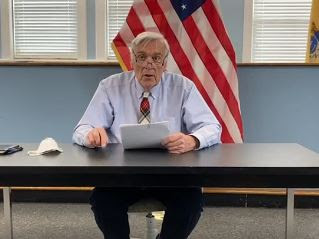 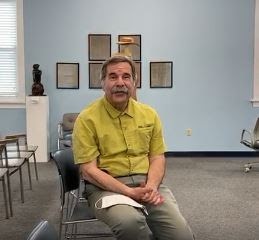