27-January-2017
On Thursday-26- January the basketball team teams from Bogota played those from Park Ridge. The Lady Bucs traveled to Park Ridge and lost  14-67. Tatiana Bruno led Bogota with 12 Points. Their record is now 2-12. They next play at Belleville on Monday 30-January with a tip off scheduled for 4:00p.
The Men's Basketball Bucs played at home on the Jay Mahoney Court.  Bogota started the game with the first 11 Points and had a 17-4 lead after the first 8 minutes. In the second quater Bogota's scoring went cold and Park Ridge was able to narrow the gap.The Bucs were able to take a a 24-21 lead into the locker room. After the restart Bogota again build a 10 Point lead, but the Owl's stated to use their size to force Bogota  into low percentage shots. Bogota still had a 4 Point advantage going into the fourth quarter. Again Park Ridge force Bogota's shooter to the outside , and by the middle of the fourth quarter had overtaken the Bucs for a slim lead. With under a minute left in regulation Chris Castillo had put back a rebound to force the overtime.
In the extra session the lead change a couple of time, with Park Ridge ahead going into the final minute.  As the Owls tried to finish the game. Bogota's Chris Alcantara intercepted an arrant pas and drove to the net. The resulting foul gave him two free throws with his team down by one point. After the two successful shots Park Ridge tried to one more time  to score, but with the shot off the mark and falling out of bounds all Bogota needed to do was a safe inbound pass to let the final second run off the clock.
Dieker Padrino was Bogota high scorer with 20 Points including 4 Three Point baskets. Tommy Morgan had 22 Points and 6 Three Point Baskets for Park Ridge. Bogota's record is now 10-5 The next play at Midland Park on Tuesday 31- January with a tip off scheduled at 7:00p. 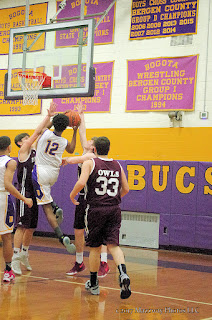 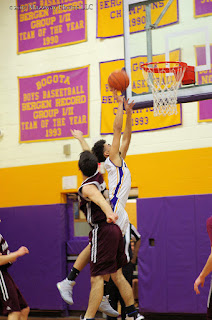 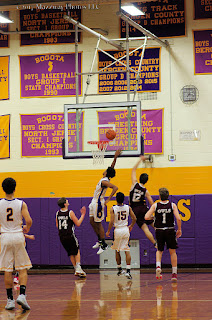 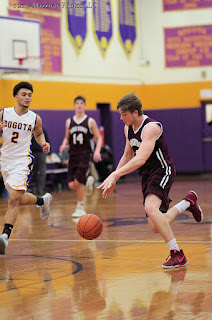 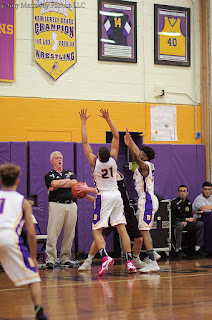 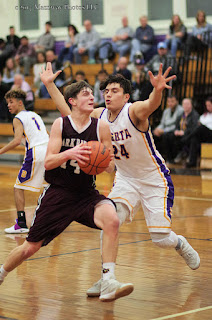 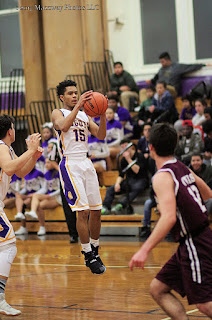 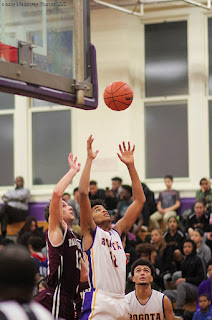 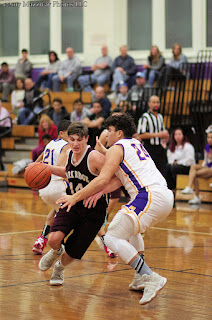 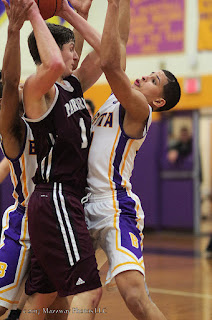 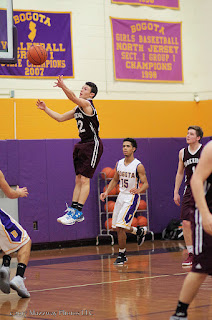 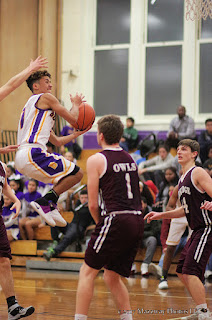 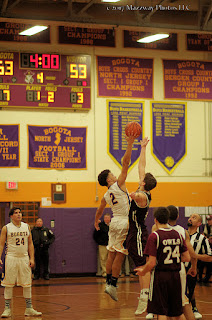 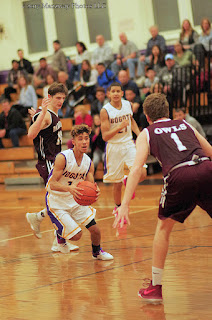 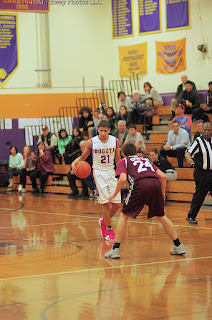 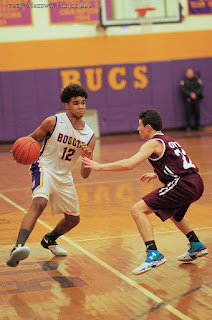 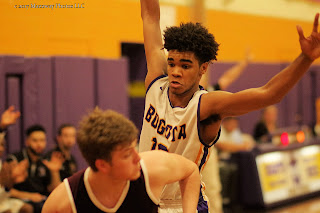 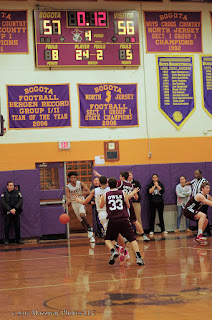 ( To help  support Bogota Blog NJ with it's coverage of Local news & sports please contribute what you can by using the  donation button  at the top right of the page.)
Posted by Bogota Blog NJ at 9:16 AM