6-January-2017
On Thursday -5-January the Bogota Borough Council held their Sine Die to officially seat the  Bogota Borough Council for the year 2017. Before the newly elected members were sworn in, State Senator Loretta Weinberg and Assemblyman Gordon Johnson  presented outgoing Councilmen John Mitchell and Michael Connors with State proclamation in recognition of their service to the Borough of Bogota and the State of New Jersey.
Next Senator Weinberg issued the oath of  Councilwoman Kathy Gates-Ferris. Then she was joined by Assemblyman Johnson who assisted in the swearing in of Councilman  David MacFarlane. After that Randi Duffie present a citation of Achievement  to Councilwoman Ferris on behave of the Women's Empowered Democratic Organization. After that Councilman Thomas Napolitano was elected  as Council President.
When the Council started to consider the vote on the Consent Agenda the motion was brought up that each item needed to be voted on singularly. Councilwoman Murphy said that her packet of items had arrived too late her to fully read and study them. Council Members Ferris and MacFarlane  also wanted to vote on the item individually since they had not been members of the Council before this evening. Of the 40 items to be voted on three were tabled, along with Ordinance #1491. The Borough's CFO was unable to attend due to personal issues and the Council wanted if explanation of the items. The other items were passed.
Then Mayor Chris Kelemen appointed Councilman Frank Miranda as the Police Commissioner for 2017. Mayor Kelemen also issued the oath of Office to the members of the Bogota Rescue Squad. When the floor was open to Citizens Comments, the Mayor was asked if he could use his power to veto Ordinance #1490 which issued a PILOT program to the River Development Corp. for the River Club project. In a thoughtful response Mayor Kelemen talked of how he took the time to study the proposal  and consulted with member of Borough Council and the Borough Professionals about the project.  He continued by stating  that the need to redevelop that part of Bogota in order to increase the tax revenue to the Borough. He stressed the idea that the Borough needs to find away to keep the burden  to the tax payer at a reasonable rate while continuing to provided the services need for healthy and safe community. The Mayor also made a point of the importance of the Public Education System of Bogota. He acknowledge the work of the current Board of Education in providing the education for the Students of Bogota, and offer the opportunity for both the Borough Council and the Board of Education to work together to find solutions so that the quality of  life for the residents of Bogota, and their families, can improve and grow in the years to come.
The next council meeting will be held on Thursday 19-January. This will be held in the Borough Hall Council Chambers located on the second Floor of 375 Larch Ave. Bogota, NJ. The meeting is schedule to start at 7:30p and is open to the public. 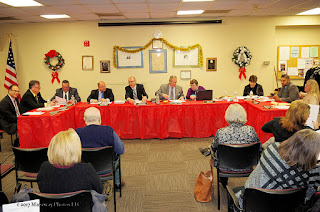 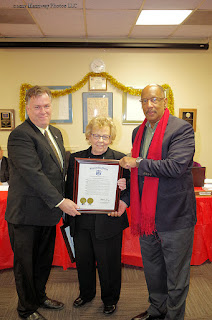 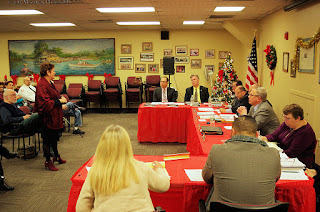 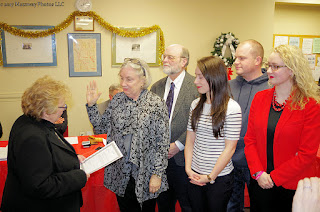 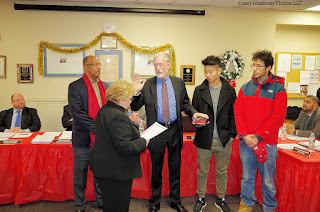 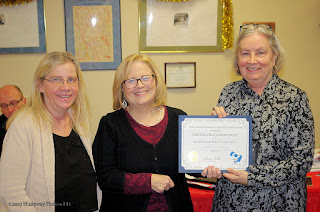 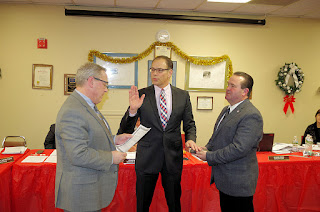 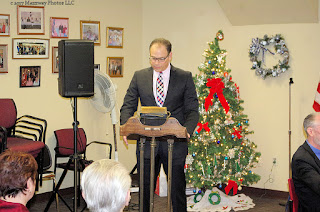 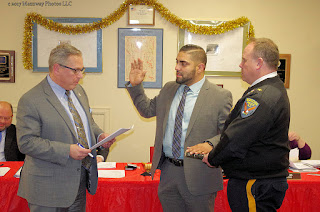 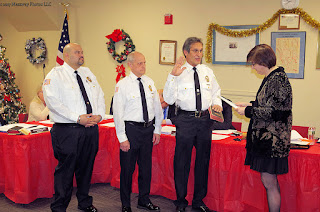 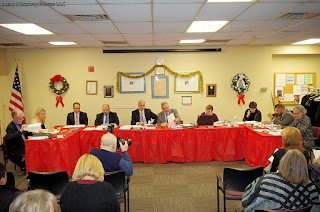