17-August-2018
On Thursday-16-August the Bogota Borough Council held their meeting for  the month of August. At the start of the meeting Mayor Chris Kelemen asked for a moment of remembrance for Bogota Alumni Mr Joe Baranello who passed away recently. Mr. Baranello served as a volunteer wrestling coach for the Middle School Wrestling program, and many years coaching recreational sports in Bogota. When the meeting was called to order five members of Council were present and the sixth, Councilman Frank Miranda, was connected by a telephone link.
Two major items discussed and voted on. One was the 2018 budget which was approved by a 5-1 vote.
Another agenda items was to vote on an ordinance to placed a question on the 6-November-2018 ballot. This question read... "Shall a Charter Study Commission be elected to study the charter of the Borough of Bogota and consider a new charter, or improvements in the present charter, and to make recommendation thereon"   One of the reason for this ordinance was to see if a non-partisan form of government would work for Bogota. Communities such as Ridgefield Park, Teaneck, and  Hackesack have non-partisan elections. In these type of elections members of council would be voted into office, and then a Mayor voted on from the members of council. This means the resident would not directly elect the Mayor of their community.  Also most non-partisan elections occur in May and would require a third election day paid for by the local government.  The committee could also choose another form of Government. Or allow the existing Borough Charter to stay in place.
This question would also have a second part to be voted on. That would be to be form a committee to study the charter, and would need to be voted on during the same election. This committee would be the top five candidates on a non-partisan ballot that received the most votes. Any register voter from Bogota would be able to have their name placed on the committee ballot.  To do so they would to file a candidate petition, with at least 100 signatures to the Borough clerk 61 days, or 6-September-2018, before the General Election to be eligible to be placed on the ballot. In the Public Comment, before the Council voted on the ordinance,  a couple of audience member expressed their concerned that someone interested in being a candidate would have only 21 days to obtain the petition, from the Borough Clerk, secure the proper number of signatures, and return the petition to the Borough Clerk. They felt the time frame was too short compared to the time a person has to file a petition for either the Council or Board of Education election.
When the Council voted the final tally was 3 votes against, 2 votes for, with one abstention. This caused the ordnance not to be adopted  for the up coming General Election this  November.
All other agenda items were past.
The next Bogota Borough Council meeting will be held on Thursday-6-September this is scheduled to  start at 7:30p. The meeting will still take place in the council chambers located at 375 Larch Ave. Bogota, NJ. These meeting are open to the public. 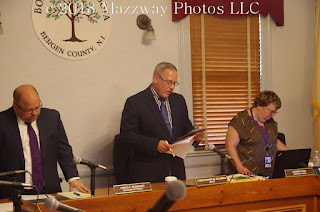 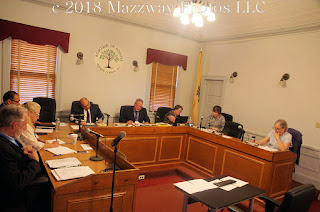 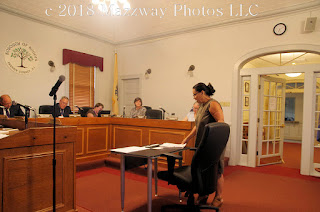 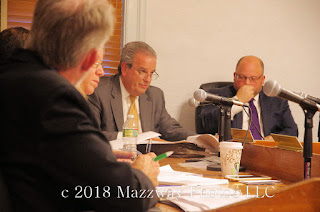 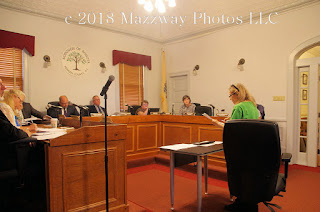 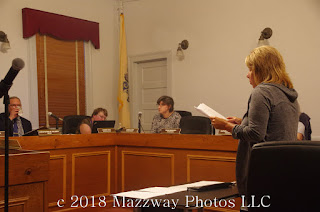