31-August-2018
On Thursday-30- August the Bogota Police Dept. closed the Northbound Lane of Elm Ave from River Rd to Larch Ave. This was done due to the undermining of the street by the creek that runs along side. The Superintendent  of the Bogota Dept. of Public Works was in the area for another matter and noticed that the brook eroded that portion of the road  between River Rd and Larch Ave. This was reported to the Borough Administrator, who then contacted the Borough Engineer  to study the area. The Engineer determined that the severity of the undermining and issue a report on what needs to be done. All three officials  agreed, to close that area as a safety precaution for vehicular traffic.
This section of Elm is a constant area for flooding.  In the late Winter of 2012  the Bergen County Mosquito Control Dept dredged  the stream in order to clear, and straighten the flow of water. Material was added to fill the void under Elm Ave  in order to stabilize the roadbed.  Since that time debris and erosion from the CSX  Railroad embanked has continue to fall into the stream. With the additional harsh rainfall this year the undermining of Elm Ave has worsen.  Borough Officials have not yet announce a timetable for repairs, and the Northbound lane will be closed indefinably.
Bergen County has a plan to rebuild the culvert under River Rd near Elm Ave to ease the flooding problem. The county's plan is to enlarge the culvert by replacing the bridge that is currently running over the creek. This work is excepted to take six to 12 months to complete, there has been no  announced date of when this work will start. Even after the culvert is replaced a representative from the County Engineer said the this reconstruction would not fully prevent more flooding in the future. 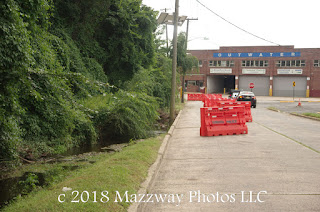 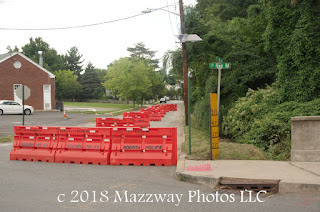 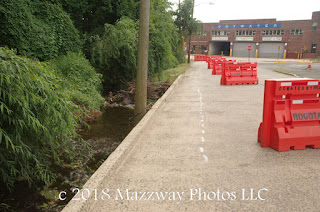 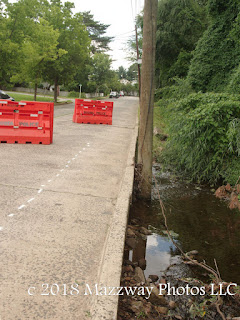 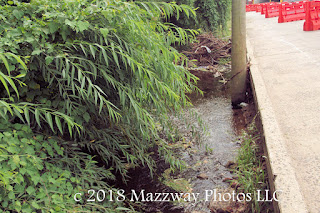 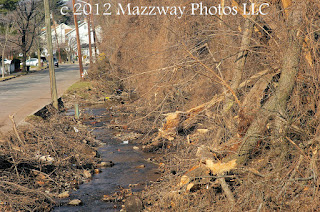 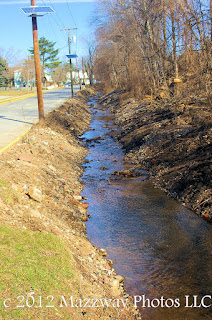 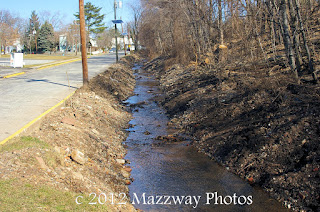 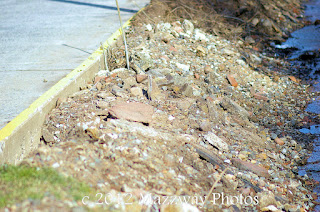 Result of dredging and fill work done in 2012 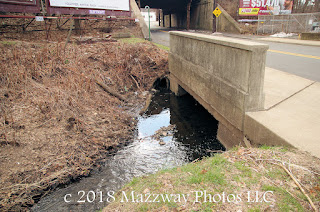 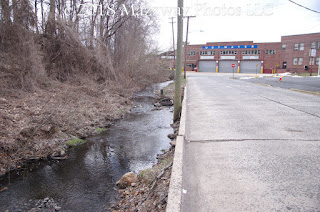