9-August-2018
Earlier this week  the Bogota Football Bucs opened their training camp for the upcoming 2018 Fall Season. This year official practices started one week sooner because of the new NJSIAA  change in Varsity Football. The  NJSIAA  will now have a scheduled playoff system that will conclude by have a state wide championship in December. For this reason the Varsity Football season will now start in August, before New Jersey Public Schools begin classes.
Bogota's new Head Coach Brain Appleton, and his staff  separated the players into groups to work on different skill sets. While one group worked on learning new formation, other worked on condition and form. Coaches watched and advised the players on changes that need to be made to improve their performance. At other times Coaches reinforced the purpose of  working under the hot Sun of an August Morning. " This the hardest part of the season,  The work, sweat, and discomfort you feel now, will allow for the games to become  easier and better." Or " You need to go at full speed now against your teammates so they will do the same. Being ALL IN at practice  as a team now will produce a squad that will be ALL IN against your opponent."
During the water break, the veteran players would quietly talk with the newer, younger players.  They would ask if they understand what they need to do, and are they ready to step up when called on. Other teammates  would help their fellow players with some stretching   to work out muscles that need to become game ready again
The Bucs first test will come on Thursday 16-August with a scrimmage game against Elmwood Park at Cliffside Park starting at 11:00a. They will have another scrimmage against Ridgefield on Thursday-23 August at Feigel Field that is scheduled to start at 11:00a. This is the lead up to their opening game of the 2018 Season on Thursday-30 -August when they travel to Harrison. The kick off is scheduled for 7:00p. 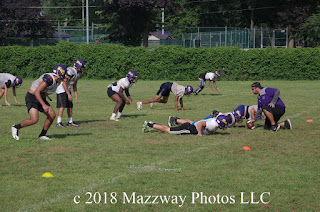 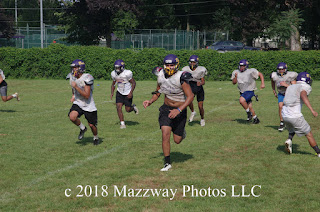 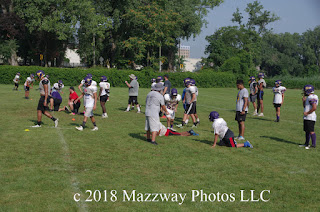 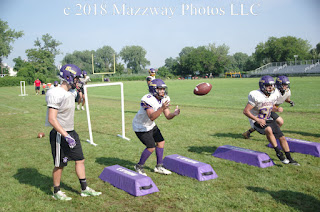 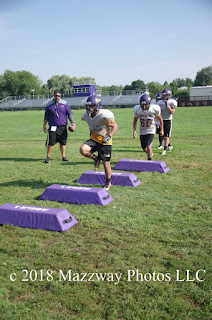 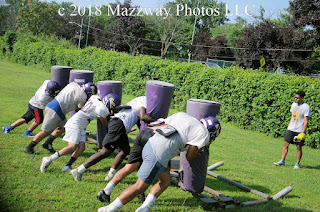 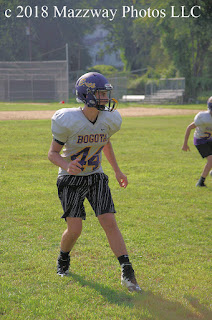 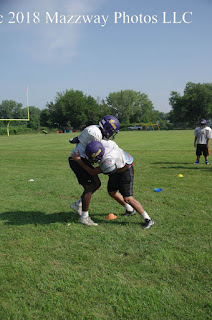 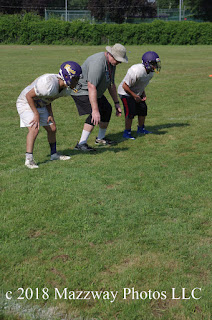 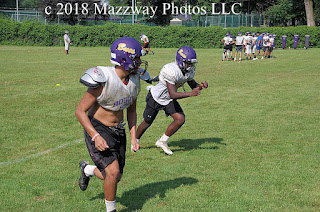 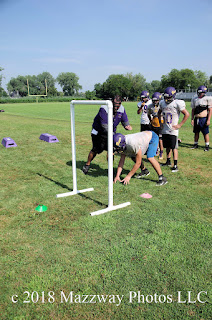 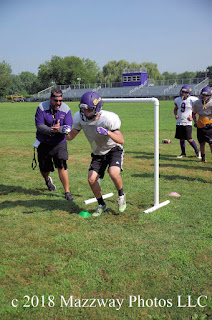 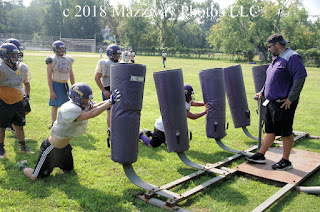 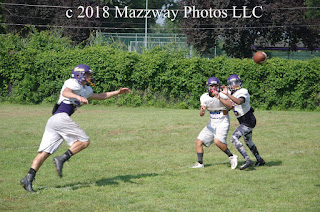 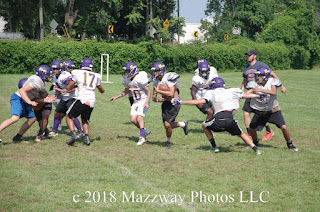 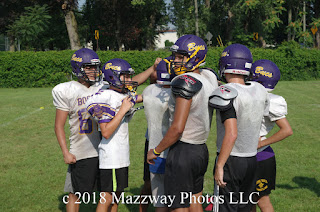 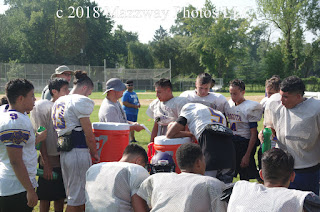 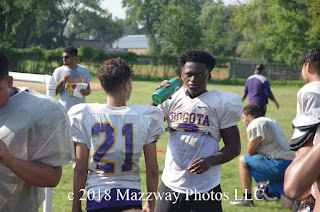 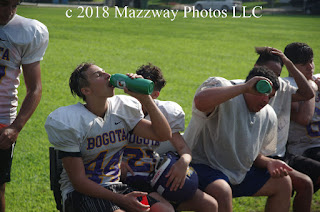 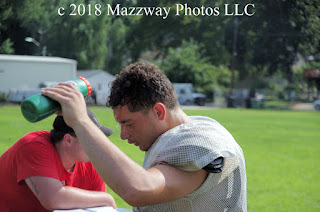 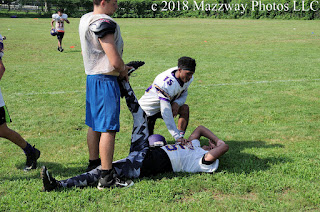 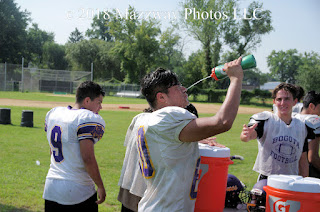 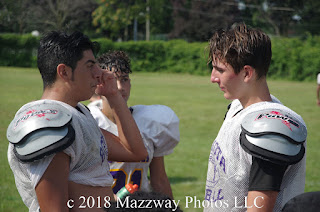