28-June-2019
On Thursday-27-June the Bogota Borough Council held their second meeting for the month of June. This meeting was presided over by Council President Mary Ellen Murphy. She oversaw the meeting to allow Mayor Christopher Kelemen to take a leave of absence due to the passing of his Father former Mayor Alex Kelemen the evening before. Before the meeting started Councilwoman Murphy ask those in attendance remain standing after the Pledge of Allegiance to have a moment of silence to remember former Mayor Kelemen.  She also asked to remember Bogota Municipal employee Vito Bruno who passed away earlier in the week.
The first order of business was to hear Citizens comments. One asked if something could be done about the increase of traffic, and the higher speeds,  cars are traveling along Queen Anne Rd.  Another resident inquired about the status of the basketball courts in Olsen Park. When comment were closed the first question was addressed by Bogota Police Chief Daniel Maye, who was attending the meeting on other business. Chief Maye said the Department will look into the situation later this week. An update to the basketball courts was that a new design needed to be approved because first proposal was more expensive than the open space grant funds the Borough will receive for this project.
Next was a presentation by Kathi Viola of The Center for alcohol and Drug Resources. Ms Viola was asked before council to inform them about the rise in the use of e-cigarettes and the use of other Electronic Nicotine Devices (ENDS) by the general population and especially those under the age of 21.  She said that e-cigarettes were first developed as a tool to aid a person to stop the habit of smoking. The amount of nicotine in an e-cigarettes was originally to decrease over time to lessen a person’s dependence on nicotine.  Soon it was discovered that and larger dose of nicotine could be used and the user could to subject the equivalent of an entire pack of regular cigarettes in just one session. It was also learned that different flavors and types of substances could be used in ENDS and devices commonly  known as Juuls, or Vapes. One substance is Tetrahydrocannabinol or (THC) which is the chemical responsible for most of marijuana’s psychological effects. In its liquid forms it can be added to ENDS.
Ms. Viola also talked about ENDS are being manufactured to be more compact, and look like common school equipment. Some of these now available appear to be pens, or highlight markers. Another marketing plan is the availability of flavors which would resemble candy or gum if smelled in passing.  She compared it to the marketing done by large tobacco companies appeared to target users under 21 years of age. She added that use of ENDS are being reported in Students as young as Middle School age. She also mention that heath condition are appearing in ENDS users that are similar to workers in some process food manufacturing.  When Ms. Viola addressed the issue of the type of ordinances that could be used she mentioned that the City of San Francisco has passed a total ban on the selling of ENDS by not only retail outlets, brick & mortar stores, but also to ban any ENDS and supporting products from being mail to an address with in the City’s border. This is waiting to be sign into law by the Mayor of San Francisco.  She said that any ordinances considered should use the terms nicotine and tobacco products, along the use of the word cannabis in any type of legal document created. Another consideration would be to include location, time and days of operation , licensing fees and age requirements similar to the sale of alcohol for any new business looking to open with in the Borough.
At the end of the presentation the Council asked the Borough Attorney to start  to create a draft of the type of ordinances that may be considered. Also a committee, which will include one member of Council, an Officer of the Bogota Police Dept, and possibly Mayor Kelemen, be formed.
The Council then discussed the topic of the need for a new, or repair, of a firehouse in Bogota. They would like to have the Architect attend the next Council meeting to explain the cost of both ideas and allow for questions by the public. Another item for discussion was on to purchase a “Rainbow” flag and on any plans that should be made to recognize Gay Pride month next June.
When voting on the items on the Consent Agenda two items were pulled for more discussion.  8 items were passed by unanimous vote. The two other items where then discussed by the council. One was the hiring of a new Police Dept. Administrative Assistant. This is to fill the position of Ms. Patricia Morrone  who has recently retired from that post. The other item was the hiring of three SLEO 3 officers for the school district.  Ms. Leslie Kam was accepted by a 4-1 vote to fill the Assistant position . And the three SLEO 3 officers were approved by unanimous vote. The SLEO 3 officers are scheduled to begin serving in the public schools by the start of the 2019-2020 school year.
Also five new members of the Bogota Volunteer Fire Department were approved.
The  next Bogota Borough Council will be held on Thursday-25-July. This will be a regular Council meeting  and work session. This is scheduled to be held in the Council Chambers starting at 7:30p located on the second floor  of 375 Larch Ave. Bogota NJ. Both the time and the located of this meeting is subject to change. This meeting is open to the public. 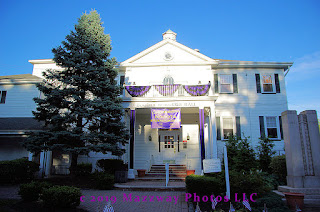 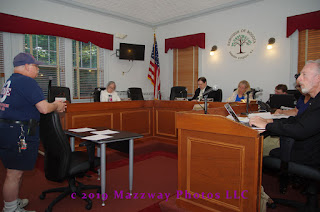 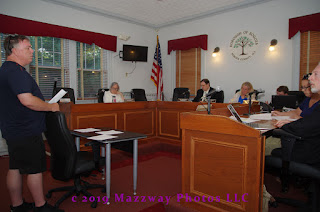 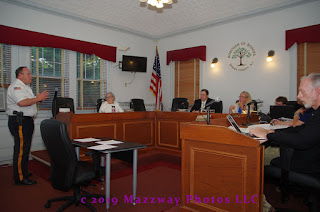 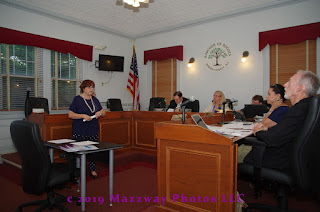 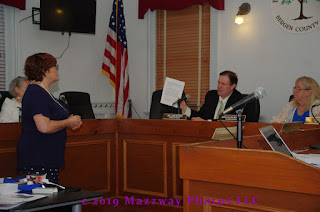 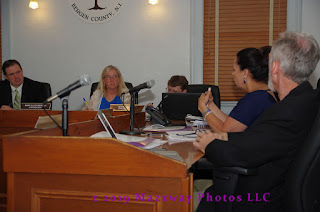