1-October-2019
Results from Saturday-28-September by varsity teams from Bogota.
The Bogota Lady Bucs volleyball team would compete in the William Paterson Tournament. The Lady Bucs earned first place in Pool Play by defeating Ridgefield Park, West Orange, Secaucus, Dumont, and Leonia; one set to 25 against each team. Bogota then played the first place team of the second pool, Northern Highlands. The Lady Bucs defeated Northern Highlands 25-22 in the final set for the victory.  For the fourth year in a row Bogota would win the Tournament by beating Northern Highland in the Championship Match. Bogota next plays on Tuesday-1- October when they travel to Secaucus. First serve is scheduled for  4:00p.
The Bogota Soccer Bucs  would play Hawthorne Christian Academy. The Defenders would would 4 Goals in the first half, and add three more in the second half to win the game 7-0   Mark Schur would score 4 Goal with Josh Mehang and Carson Guingon having 2 Assists. Chris Eelman record 3 Saves for the Defenders. Andreas  Cabrera made 9 Save for Bogota
Bogota's record is now 0-8. They next play on Wednesday-2-October at Waldwick. Kick-of is Scheduled for 4:00p  Thursday-3-October against  vs Cresskill at  Zakrzewski Field in Olsen Park 7:00p. This will be the Senior Game
The Bogota Cross Country Bucs ran the Garret Mountain Invitational at the Garret Mountain Reservation.Bogota would compete in the Varsity "C" division. In the Women's race, The Lady Bucs top finishers would be  Amandin Fernandez in 39th place and Maryann Gesmundo in 42nd place out of 93 runners. Bogota as a team would finish 12th out of the 13 schools fielding teams. The Women's  Junior Varsity squad would run in the Small School  division. Aisling O'Hagan would be the highest finishing runner for Bogota coming in 51st. The Lady Bucs would place seventh in the seen team field.
The Men's squad would have  Jesus Michel finished seventh over all out the 103 runner field Sasha Mehta would come in 29th. The Men's team would place fifth against the 14 team field. In the Junior Varsity race Alexis Fernandez come in at 11th place out of the 179  runner field.As a team the Bucs would finish in 6st place in the group of 17 teams.  Their next race is on Wednesday-2 October against  Midland Park, Palisades Park at Darlington Park with the first race scheduled for 4:30p 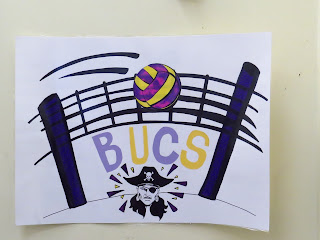 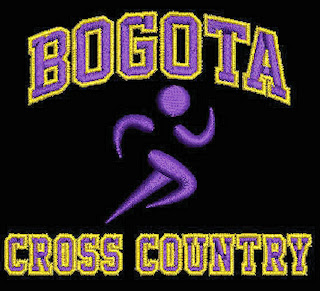 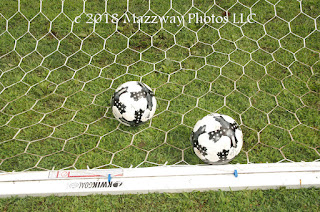