6-October-2019
On Sunday-6-October the final event of the  Bogota 125th Anniversary Homecoming Weekend was held.  This was an Alumni Teacher and Student Social at the Bogota Public Library. Originally scheduled to be in front of the Borough Hall, it was moved into the Second floor Senior Centre about the Library. Current and former Educators from the Bogota Public School  District met with some Alumni and enrolled Student of Bogota Schools. Some of the this years Teachers in Bogota greeted their former Instructors who taught them in the same buildings they now work in. One example of the family feel of  Bogota was retired teacher Ms. Pat Burns attended this event with her Daughter, Steen Teacher, Cornelia Geraghty and grandson Quinn Geraghty who is a Volunteer Coach for the Bogota Cross Country teams.
Attendees had a chance to view history class photos  and photos of past teachers.  There was time talk to old classmates, catch up on what the former Teachers, and find about about life beyond the classroom. Near the end of the event April Klemm introduced Miss Allen who led the room in a sing a long with some of  her "Bogota Songs". Next homecoming Chairperson Pat Wilkins thanked all the people who not only put on this event, about the entire weekend to celebrate life in Bogota. He then introduced Adam Freed who talked about why living in Bogota is special and what it means to him.
Then the last official function of the weekend took place. First the Teachers gathered in front of Borough Hall for a group photos. They were then joined by everyone else who took part in remember growing and going to school in Bogota. 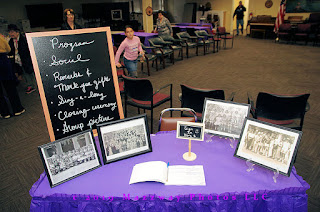 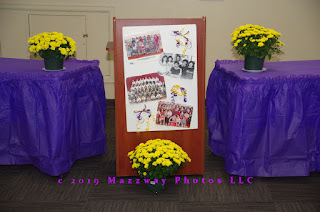 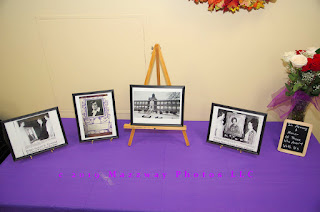 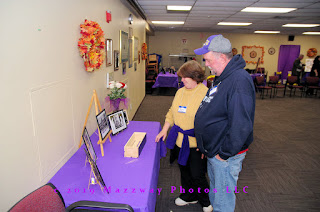 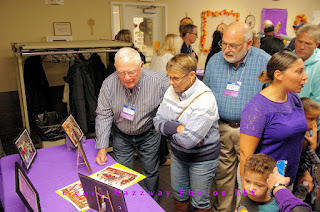 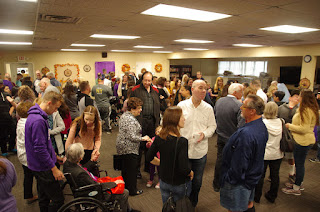 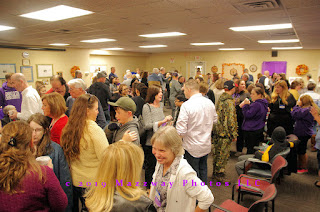 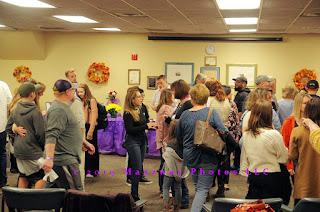 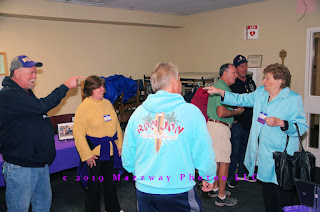 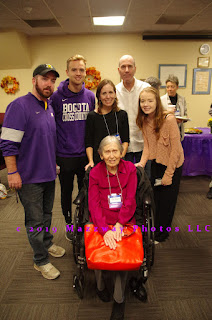 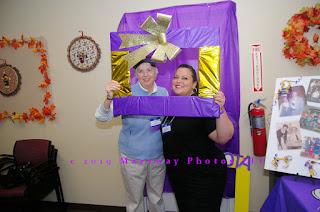 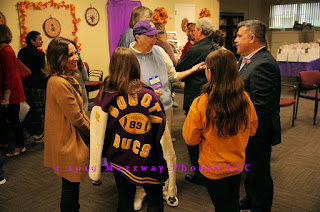 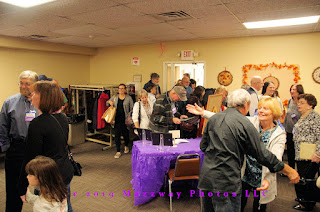 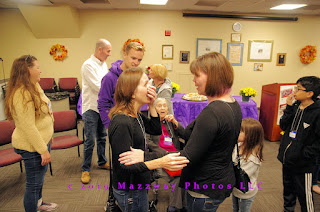 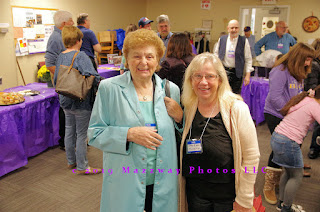 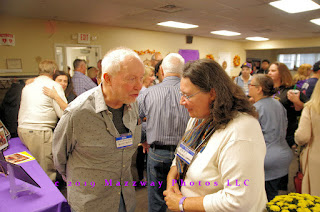 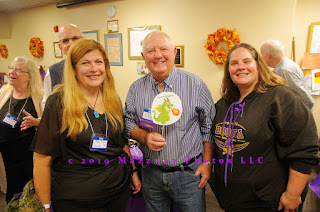 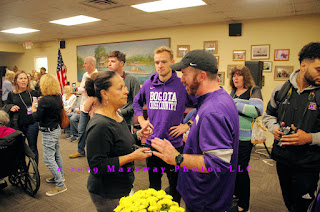 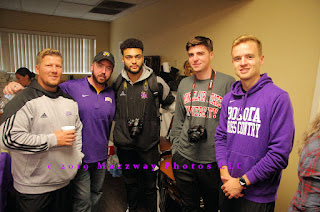 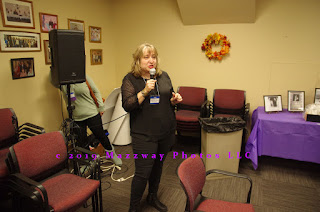 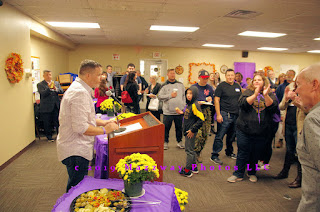 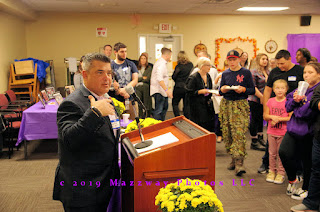 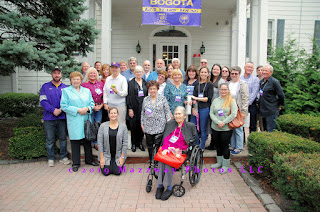 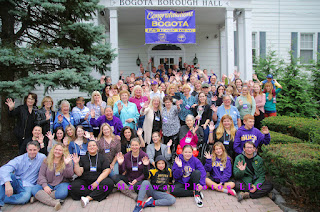