On Saturday-4-December the Ridgefield Park Elks Lodge # 1506 held a Breakfast with Santa. Cereal, milk and juices along with some cookies were available for the families in attendance. To keep the children entertain, as they waited there were dance competitions and singing of songs. As they were having fun some wondered if they heard bells in the distance. Then the sound of ringing bells began to grow louder. Soon, at the entrance to the room stood a figure dress in red and a snow white beard.  Santa Claus stepped into the room and greeted everyone with a loud MERRY CHRISTMAS.  The children cheered and said hello to him.
Santa then took a seat near the Christmas tree  and called some of the children up for hugs and to say hello to then. Santa asked for all the children to sit on the floor in front of him, and Santa's helpers handed him some wrapped packages.  Santa call out everyone by name and presented them with their gifts.  As the children walked back to their seat some just could not wait any longer. When the gifts were opened  so the Children could show their Parents what Santa had brought them as an early  Christmas  present.
After some more singing and dancing, and a few more cookies. Santa need to leave to go back to the North Pole and prepare for Christmas Eve.
( To help  support Bogota Blog NJ with it's coverage of Local stories & sports
please contribute  at: donate to Bogota Blog NJ ) 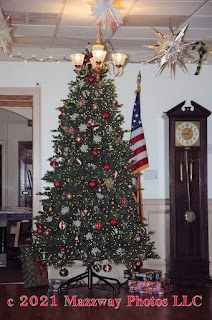 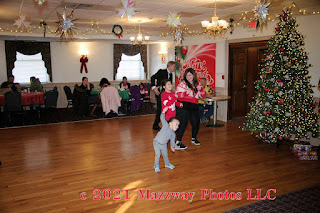 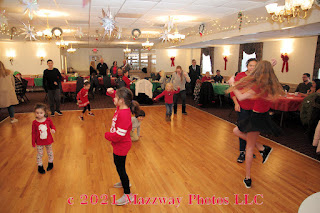 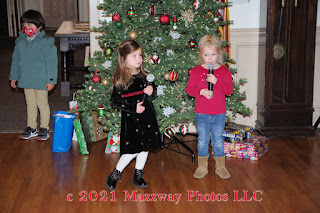 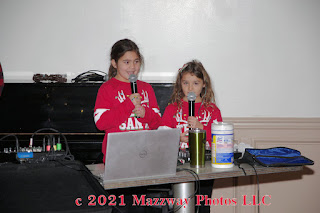 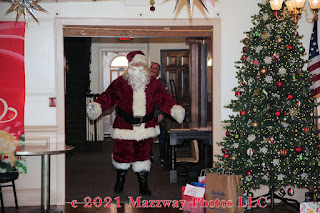 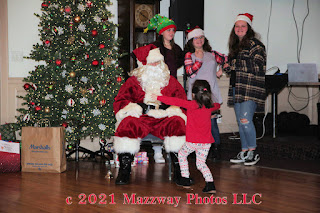 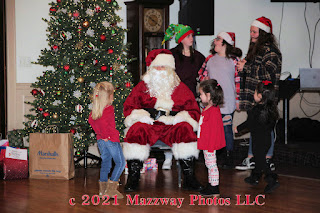 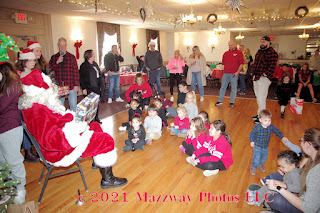 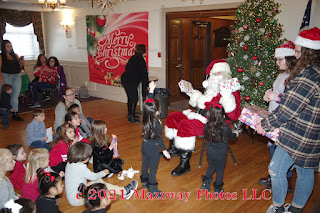 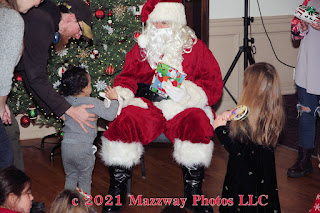 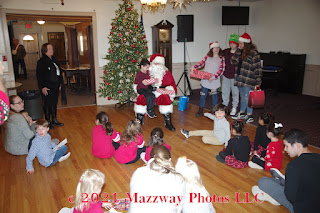