16-January-2022
On Saturday-15-January  The Bogota/Ridgefield Park Scarlet-Bucs Wrestling squad hosted the Garfield Boilermakers and the Bergenfield Bears in a Tri-meet at Speary Gym.  Garfield would defeat the Bears by a score of  66-12 in the opening match.
The Scarlet-Bucs then faced the Boilermakers in the second match. Garfield's Jake DeMeester would win the opening bout by Decision.  The Scarlet/Bucs would then win the next 3 by either Pin Fall or Technical Fall. Garfield then won the next two. In a pivotal bout Bogota/Ridgefield Park's Gabriel Nunez defeated Markel Stewart in a 8-6 Decision. Mr. Nunez would score on a take down was time expired to win the bout. Again The Boilermakers won the next two bout to make the score 24-23 in favor of the home squad.  The Scarlet-Bucs then added another 3 point win.  This was followed by Garfield's Evan Peterson winning by Pin Fall and giving the Boilermakers a two point lead.
Mathew Carvajal's Pin Fall win restored Bogota/ Ridgefield Park lead 33-29. With the final bout, at 285 lbs, a Pin Fall  by either Wrestler would give his squad the win. The Scarlet-Bucs Hugo Wang  scored the needed victory with a Pin Fall at 1:22 of the first period to give his team the 39-29 win.
Bogota/Ridgefield Park's  Anthony Landi at 113lbs, Derek Rodriguez at 126 lbs, Mathew Carvajal at 215 lbs, and Hugo Wang at 285 lbs all won by Pin fall. Adam Albino at 120 lbs scored a Technical Fall, and Dean Sinisgalli  at 132 lbs won by Major Decision.
Garfield's Taylor Peterson at 144 lbs,Kyle Demeester at 157 lbs, and Evan Peterson at 190lbs all had Pin Fall wins. Nathaniel Tylki at 165 lbs scored a Technical Fall.
The Scarlet-Bucs' record after this match moved to 7-0. In the final match they faced the  Bergenfield Bears
Select photos from the Bogota Blog NJ collection of Bogota Sports are now available for purchase. These may be order from the Bogota Blog NJ Zenfolio store at: Bogotablognj /Sports
(To help support Bogota Blog NJ with its coverage of Local stories & sports
please contribute at: donate to Bogota Blog NJ ) 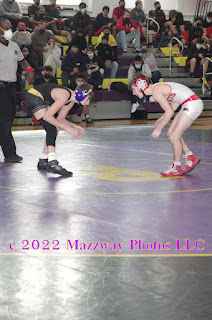 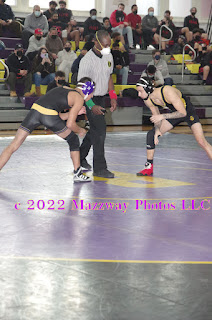 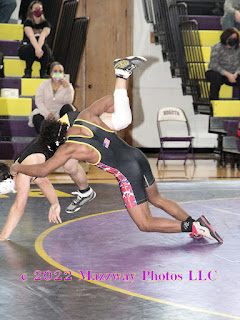 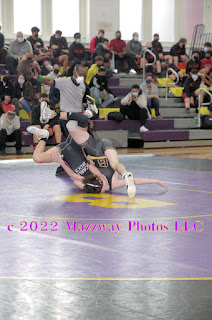 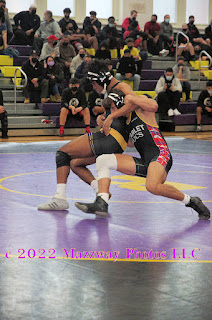 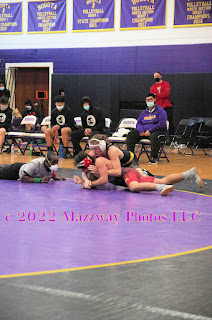 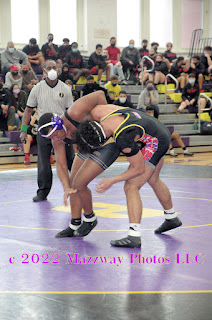 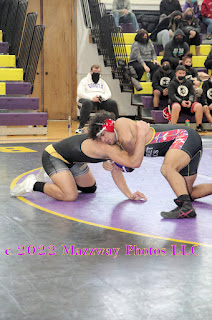 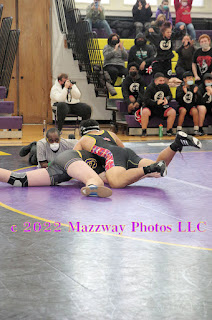