19-January-2022
On Tuesday-18-January  U.S. Congressman Josh Gottheimer of New Jersey’s Fifth Congressional district, which includes Bogota and parts of Teaneck, held a press conference on the Anderson St. Bridge. He announced that this bridge will be part of the State of New Jersey portion of the approximately $1.14 billion in investment funding through the Federal Infrastructure Bill. This funding is to be used to repair critical infrastructure needs for the State.
The Anderson Street Bridge originally built in 1971 as a local connection over the Hackensack River between Teaneck and Hackensack. In 2012 the bridge was judged structurally-deficient, and temporarily closed in 2016. Since that time the bridge has been restricted to one lane of traffic in each direction. Because this span two different Municipalities it is under the jurisdiction of Bergen County. Bergen County Commissioner Mary Amoroso said that the County, on its own, could not afford to repair the Anderson St.Bridge.Then Commissioner Amoroso  thanked Congressman Gottheimer for his helping to appropriate the funding needed fix this structure.
Congressman Gottheimer said that work on the Anderson St. Bridge is slated to begin in 2023 and the project will cost approximately $40 million. No completion time-lines were announced. The Congressman added that other bridges in New Jersey will be including in the $1.14 billion investment over the next five years.
Congressman Gottheimer was joined today by Teaneck Mayor James Dunleavy, MD; Teaneck Deputy Mayor Mark Schartz, Teaneck Councilwoman Karen Orgen, Teaneck Councilman Keith Kaplan, Bergen County Commissioner and IBEW #164 President Tom Sullivan, Bergen County Commissioner Mary Amoroso, Bergen County Commissioner Germanine Ortiz,  Bergen County Central Trades and Labor Council President Michael Schneider, IUOE Business Representative Cesar Gamio, and members of Bergen County Building Trades.
(To help support Bogota Blog NJ with its coverage of Local stories & sports
please contribute at: donate to Bogota Blog NJ 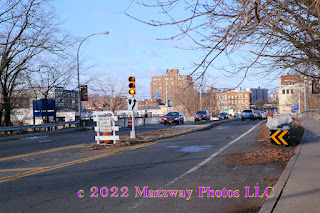 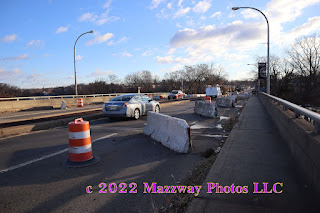 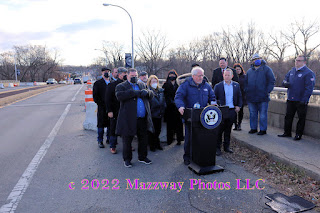 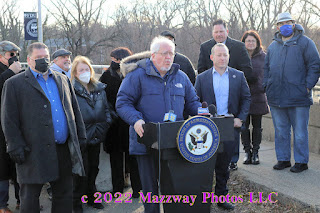 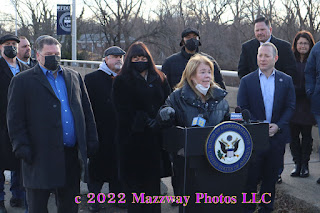 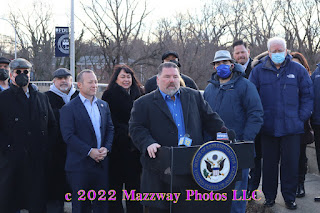 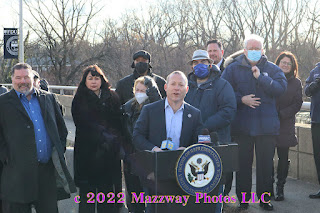 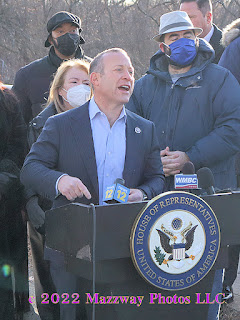