31-January-2022
On Thursday-27-January The Bogota Bowling Bucs played against the New Milford Knights at the Parkway Lanes in Elmwood Park NJ.  This was the final match of the regular season for the Patriot Division for 2022. Bogota would win the match by a score of 5-2. New Milford's win in the first game stopped the Bucs streak of  51 game wins, or 119  scoring points, in a row. Bogota would go on to win the next two games and the match win. This gave the Bucs an 18-0 record and the 2022 Patriot Division title. This would be Bogota's first Division Crown since 2001.
In this match Mew Milford's Tyler Caraccio had a match high of a 218 game. Andreas Cabrera had a team high with a 196 game for Bogota. Owen Rosado lead all players with a series high of 533. Tyler Caraccio had the series high for the Knights with a 527.
Bogota next competes on Thursday-3-February in the North Jersey Interscholastic Conference Championship. This will take place at the Parkway Lanes in Elmwood Park NJ with the first game starting at 4:00p
This season's Varsity team was lead by Senior Players  Andreas Cabrera, Franklin Linares, Spencer Mazzella, Juan Michel and Owen Rosado.  Also having games on the Varsity squad were Javen Ciriaro, Casey Grod and Hamza Salam.  Of the players would took part in the most games were Andreas Cabrera would played in all 54 games, Spencer Mazzella with 52 Games,  Franklin Linares with 51 game, Owen Rosado with 35 games. Juan Michel took part in 12 games,  Javen Ciriaro in 6 games, Hamza Salam in 2 games, and Casey Grod in 1 game.
Of the players who bowled  over 50 games. Andreas Cabrera had the most pins with 8962.  Franklin Linares had the high average of a 175. Mr. Linares also had a game against Park Ridge on 11-January. Mr.Linares bowled a 236 game. he would have the team high with a 637 series against Butler on 20-December-2021.
(To help support Bogota Blog NJ with its coverage of Local stories & sports
please contribute at: donate to Bogota Blog NJ )
photos courtesy of Pat Rochford 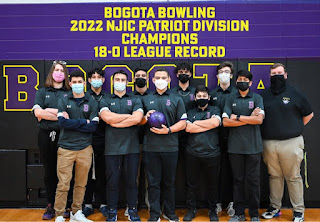 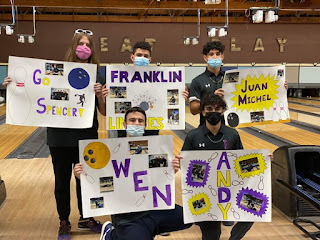 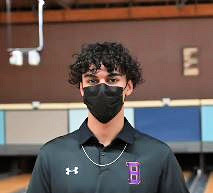 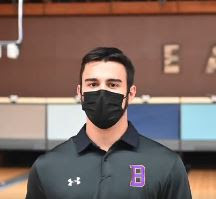 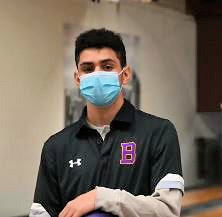 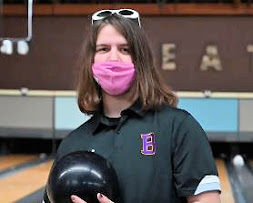 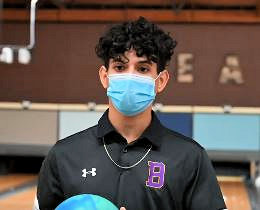