28-January-2022
On Thursday-27-January the Bogota Men’s Basketball Bucs hosted the Palisades Park Tigers on the Jay Mahoney Court at Speary Gym  The Bucs would win the game by the score of 66-24. Bogota’s Evan Meberg would have a game high with 29 Points including 3 Three Point Baskets. Palisades  Park was led by Aziz Toumi with eight Points  and Daniel Kim, Freddie Yoon. and Daniel You each recording  one Three Point Basket. Bogota record is now 5-7. With this fifth win of the season Bogota Head Coach Jay Mahoney registered his 700th career wins in Men’s Varsity Basketball. All this victories have come in charge of the Bogota Bucs. His overall record now stands at 700-371  for a 65%  since 1979.
As the outcome of the contest was now longer in doubt, late in the fourth quarter, Coach Mahoney turned to his son Kyle  next to him on the bench. After a long embrace he moved on to thanked the rest of the coaching staff for this season.  At this time his leading Scorer Evan Meberg was removed from the game.  The two also had a long embrace  and thanked each other for what the have given to the team and each other. Coach Mahoney continued down the bench to again thank the players for their effort.
As the clock moved to single digits the Student, Fans, and players joined in counting to zero applauding along the way. When the final buzzer sounded a shower of confetti  came from the players bench to rain down on their Coach. Before the congratulation moved to far along Coach Mahoney took the time thank the Palisades Park Coaches and Players and the officials for their time.
First to greet him on his way back to his team was his Daughter Brianne. Then Former  Bogota Coach Tom Trochanowski made his way to Center Court to present Coach Mahoney  with a game ball commemorating 700th win. The two were joined by Alumni Players and form School Administrators  for some photos. This was followed by the current team, families and past players gather for a large group photo.
Once all the photos were taken Coach Mahoney moved around the court greeting and thanking everyone his has meet over the years. He made a special walk to talk with Bogota Athletic Director and Women’s Volleyball Coach Brad DiRupo. Coach DiRupo has taken this year off for personal reasons but had a front row seat to witness this achievement.
The Basketball Bucs next game is on Friday-28-January as they travel to New Milford. The tip-off time is scheduled for 7:00p
Select photos from the Bogota Blog NJ collection of Bogota Sports are now available for purchase. These may be order from the Bogota Blog NJ Zenfolio store at: Bogotablognj /Sports
(To help support Bogota Blog NJ with its coverage of Local stories & sports
please contribute at: donate to Bogota Blog NJ ) 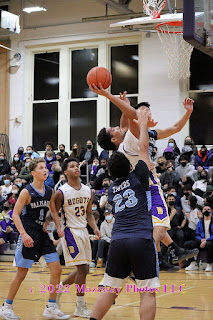 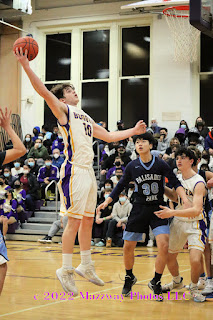 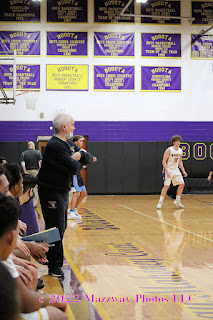 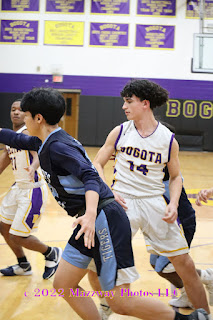 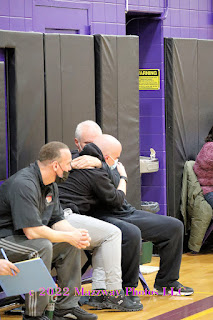 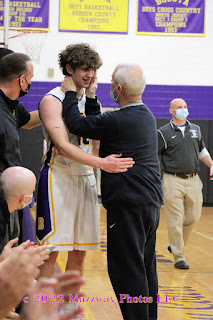 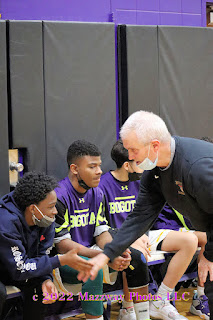 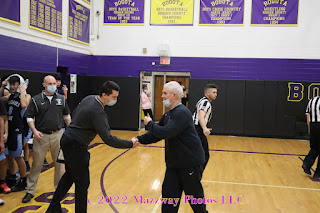 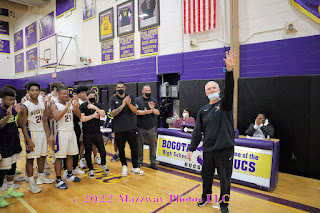 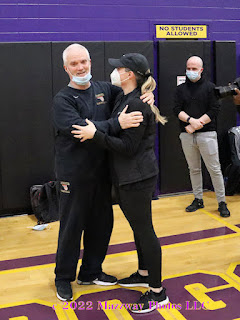 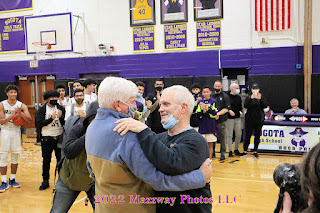 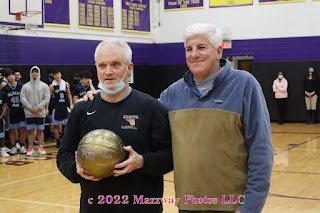 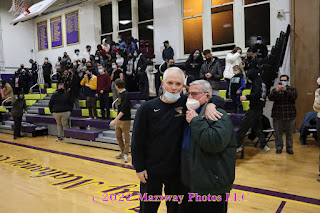 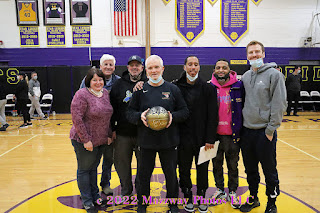 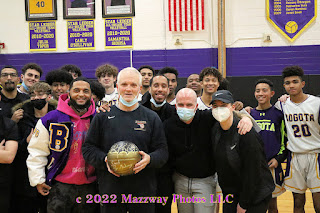 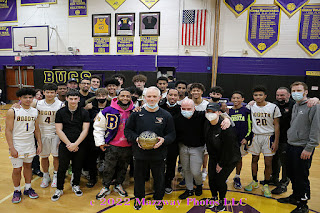 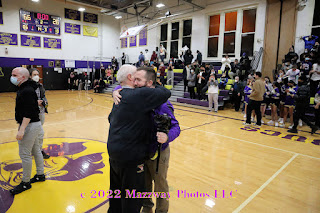 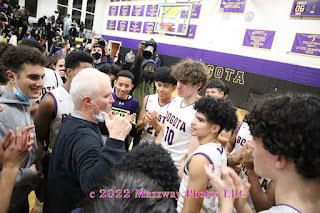 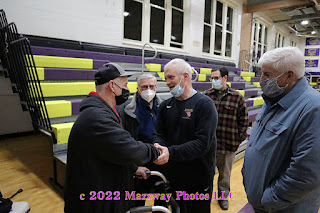 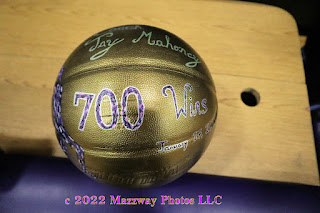 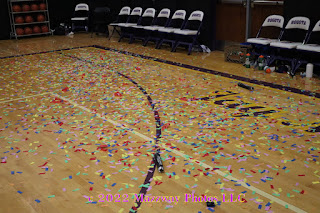