20-June-2018
On Tuesday-19-June the Bogota board of Education held its monthly Board meeting for June. Once the meeting was called into order, Superintendent Vincent Varcadipane used his Superintendent report to honour some of the teachers. Superintendent Varcadipane first announced that  Bixby First Grade Teacher Tricia Miraldi ,  Steen Resource Room  Supervisor  Kelly Jones, and High School Social Studies Teacher Thomas Hughes were named teacher of the year for their schools.
Then Superintendent Varcadipane he acknowledge the service to the Bogota Students of three individuals who will retire at the end of the current school year. Guidance Counselor Patti Petrosino has retired after 17 years. Physical Education Teacher for both Steen and Bixby schools Terry Ciccone leaves after 39 years as a part of the Bogota School System. Ms Ciccone also has had the court in the David Moore Gym in Steen School named after her. Then High School Business Teacher, Womens & Mens Cross Country Coach and Mens Basketball coach Jay Mahoney retires after 41 years at Bogota  High School. The floor in Speary Gym is also named the Jay Mahoney Court in his honour.
The next presentation was an award  given to Bixby Principal Damon Englese on behave of the E.Roy Bixby school. This past school year Bixby earned a 43 ranking in the top fifty Elementary / Middle  school by the New Jersey Department of Education.
On agenda items the most significant ones pass were to rescind the contract with  Intralogic Solution over the installation of a new secure system in all the school. Superintendent Varcadipane stated that the company was not successfully installing a similar system with the Bogota Police, and there were possible issues with the software they were offering. The Superintendent talked with Bogota Police Chief Daniel Maye and agreed that the contact should be terminated.  Another security item was remove from the agenda. This was the one dealing with the hiring of a School Resourse Officer. Superintendent Varcadipane said that some more details needed to be worked out.
The Board also approved a number of hirelings.  Katherine Sura  was hire as a School Psychologist. Peter Russo as a Guidance Counselor, Nicholas Capitanello as a Physical Education Teacher. Pat Rochford moves from Steen School to become a Social Studies Teacher at the High School. Monkia Young has been re hired as the  Schools Athletic Trainer . Ms Young returns to Bogota after a year absent.
Vice Principal Kelly DeCongelio was appointed to be the new Principal at the Bogota High School. Ms. DeCongelio replaces Damian Kennedy. Principal Damian Kennedy contract was approved , by a 5-3 vote and will take over as the new Superintendent of  Schools for the Bogota Board of Education.  His tenure as Superintendent will begin on Sunday-1-July, and is a three year contract.

(These photos, and others are available for purchase at http://bogotablognj.zenfolio.com/f976188685 ) 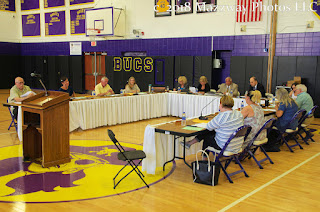 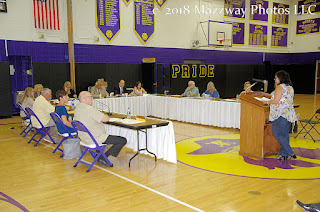 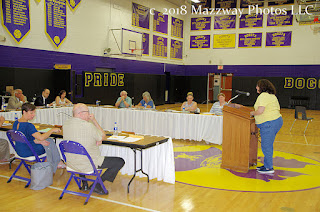 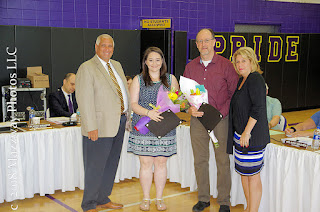 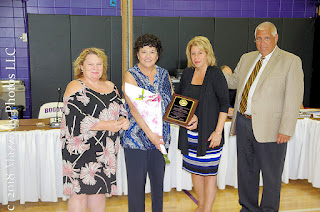 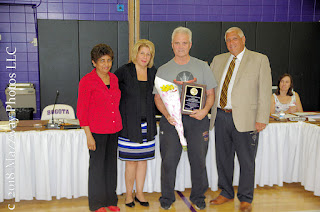 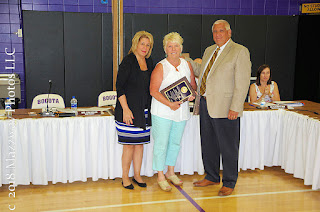 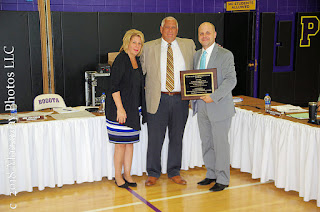 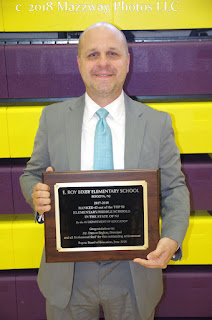 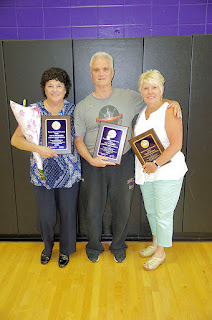 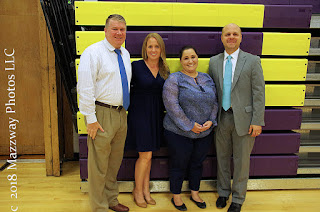