27-June-2018
On Tuesday-26-June the Bogota planning board held their one monthly meeting for June, the  meeting on 12-June was canceled.  At this meeting the main topic was to review the updated plans for the proposed development call "The River Club Bogota" (RCB). Developer Jon Stein and his staff, stood in front of the board to explained the changes that will be made to the project and acquire the board's approval for them. The biggest change was the elimination of  what would have been Building #3.  This was created to allow for an open space between Building's #2 & #4.  The remaining building would be extended, and each will have a return positioned to point away from the Hackensack River.  The total number of units of the completed project will stay the same at 421, but the number 2 bedroom unit will decrease and become one bedroom units. There will still be 42 units for affordable house that will now be placed through-out the development instead of only in one building. The addition of the "els" in building #2&4 will now create a vista overlooking the Hackensack River for the residents on the Southern face of Building #5. There will also be a  a small plaza space between the two building as part of the river front walk. The reduction of bedrooms will also allow the number of parking spaces to be reduced as well. The area of now unneeded parking spots will be transformed into another green space which may be turned in the parking spaces if necessary.
The planning board was also told that during the demolition of the old buildings, and foundations  of the previous occupants, it was discover the drainage line from near W. Ft.Lee Rd  to the river had become unusable. RCB has now added a temporary drainage line from the northern side of the site to the river. This is excepted to ease some of the flooding on W. Ft.Lee Rd.  It was also announced that there will be a total of three drainage lines from the property to the river all the lines will have back-flow values which will stop the water form the river at high-tides from entering the site while letting water to drain into the river. Another change planned is to raise the entire site to 8' above flood stage. Now no part of the parking lot will be subject to flooding. In order to do this a retaining wall will be added along the W.Ft.Lee Rd. This will start at the service entrance go to the entrance of the retail parking. This wall will be from 3 to 4 feet in height  and will have landscaping on both sides. This is anticipation of the future raising of  W.Ft.Lee by  Bergen County.  The only way for the county to approve of the raising of the road is if, and when, the properties on the north side of the street are approved for redevelopment. RCB also owns the old Hess maintenance garage and is part of a second phase after the initial construction is finished.
Some other parts of the revised RCB plans is the treatment and colour scheme of the building. This will now be a mixed of materials to include masonry and exterior panels. Each building will now have its own system to collect trash , as well as one that will be devoted to the collection of recyclables. The addition of two new bus stops on W.Ft.Lee rd. A system to allow package delivers to tenants at central location and the system that will require every tenant who wishes to own a dog to have the pet's information collected and stored so that the managed can tell if any dropping have not been deposed of properly, the the tenant then having to pay a fine.
The board unanimously approved all the changes presented to them.
Over the last serial weeks demolishing of the old site has moved forward. excavation has removed much of the underground material. This was allowed RCB to add the temporary drainage line. The last of the structures from the automotive dealership have been torn down and earth has started to be added in order to raise the ground level out of the flood plain. Environmental Engineers have been constantly on site to identify and advise on the possibility of the discovery of any old, or unknown conditions that could be a heath hazard. Work on buildings #1 and #5 are scheduled to occur first, and a  possible ground breaking ceremony to be planned at a later date.

scenes from the Planning Board meeting on 26-June 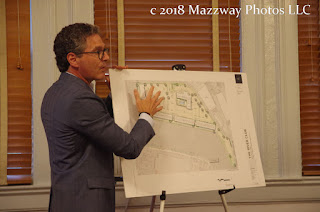 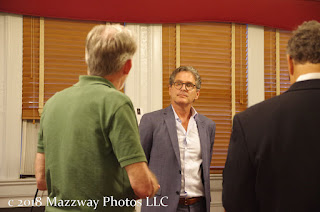 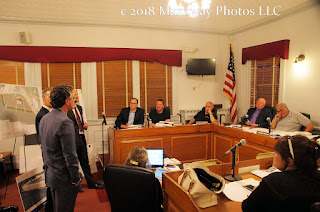 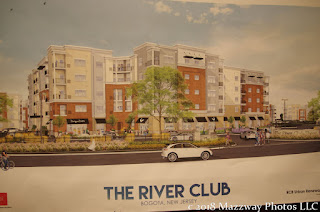 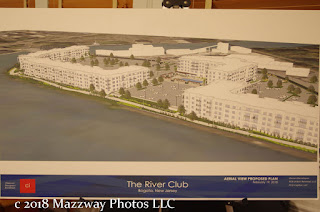 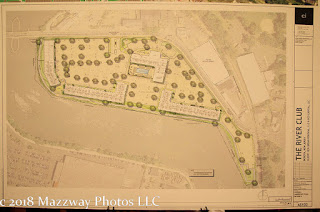 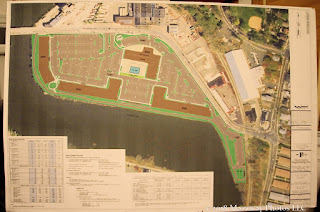 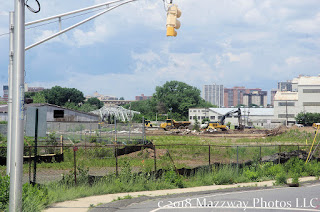 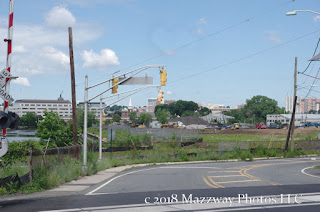 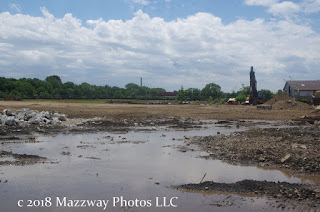 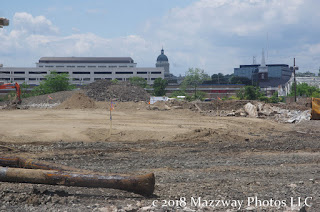 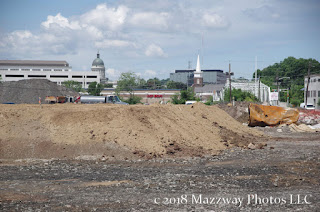 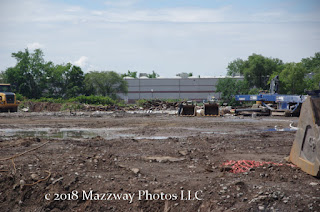