On Thursday-15-April the Bogota Borough Council held their second meeting for the month of April. The Council meeting started with the discussion of a number of topics.  One of the most talked about one was the need to replace two vehicles of the Bogota Volunteer Fire department.  These would the Aerial Ladder truck for Hook & Ladder Company #1, and the Pumper truck for Hose #2.  Both pieces of equipment were purchased in the early 1990’s and are nearing a mandatory “retirement” age.   The Hose #2 Pumper replacement was to be apart of a multi purpose bond past by Council a few years back.  The purchase of this vehicle was put on hold due to the condition of the Central Ave Firehouse, were Hose #2 is headquartered. The Aerial Ladder truck for Hook & Ladder Company #1 was refurbished in 2013, but now is still in need of replacement  The Council unanimously approved a motion to move forward on the purchasing of two new vehicles. Part of this action will be an adjustment of the bond for the Pumper Truck. There will also the idea of creating a funding package which could include the Ladder truck as part of the budget for a new West Shore Ave Firehouse. Once the new Firehouse is operational Hose Co.#2 will relocate there. Then the Central Ave  location will be sold.
Another main discussion point was the need to create new ordinances for the “ NJ Cannabis Regulatory and Marketplace Modernization Act” This is the law which now allows the selling and production of cannabis products in the State of New Jersey.  Each Municipality in the State has until August 2021 to create their  ordinances governing the Sales, or production of cannabis product within their borders. If no action is taken then any type of cannabis establishments  would be permitted to operate in that town. In open discussion a number of Council-members agreed that a ban on the selling of such item should be banned in the Borough. However, almost all members of Council inquired about allowing some production, or growing of cannabis products with-in Bogota. These would need to be located in the Borough’s commercial zones and subject to State and Local taxes. The Borough Attorney, and Council members are planning more research into  possible ordinances.
Then the Council moved to the Consent Agenda. All these item were passed by unanimous  vote. Item of note that were to approve the purchase and installation of energy efficient appliances for the kitchen in the Bogota Senior Centre.  This was made possible by a grant from Sustainable Jersey.  Other items passed were the adoption of the Borough code covering the remove of snow from Fire Hydrants on private property. The property owner  has 24 hours to clear the hydrant in a usable manner. Failure to do so will result in  the property owner being billed for the clearing of the hydrant. Money collected will go into the Fire Protection fees and penalties account.
There were also approvals of  outdoor dinning at LaFamiglia on E.Main St. And the acceptance of two new members of the Bogota Volunteer Fire Dept. Hook & Ladder Co .#1 Along  with a new Junior Firefighter at Engine Company #3
In his remarks Mayor Kelemen informed the Council that the Borough will be unveiling its updated Official website on Saturday-17-April. As part of this process the current web-site will need to become temporarily offline during that time. The new site will continue to use the current address at:  https://www.bogotaonline.org/
Other announcement were that on the annual Shred day, Saturday-22-May, the Bogota Public Library will be holding a used book sale at the same location.
The next Bogota Borough Council meeting will be on Thursday-6-May. This is scheduled to start at 7:30p. Log-in information will be posted at a later date.
For additional information please visit their website at: https://www.bogotaonline.org/
( To help  support Bogota Blog NJ with it's coverage of Local stories & sports
please contribute  at: donate to Bogota Blog NJ ) 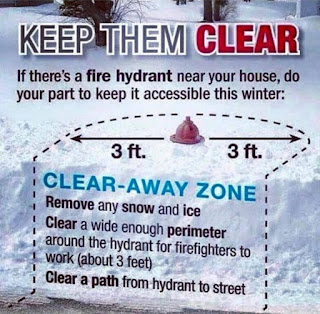