27-April-2021
Results of Varsity Sports played by the teams from Ridgefield Park on Monday-26-April.
The Men's Tennis Scarlets travel to Ft. Lee to take on the Bridgemen. Ft. Lee would win the match 5-0. Ridgefield Parks record is now 2-1.
Niko Papaioannou defeated. Hans Sasuman 6-1, 6-0. Nico Vargas beat. Nicholas Schneider 6-0, 6-0 and Austin Chen won over Aaron Lee 6-0, 6-0.  The Scarlet did not field a Doubles pair. They next travel to Ramsey on Tuesday-27-April. The Match is scheduled to stat at 4:15p.
The Lady Scarlets Softball team traveled Dumont to play the Lady Huskies.  The Home team would score at least two runs in each of the five inning game that was played. Dumont would win the game by a score of  19-1. Ridgefield Park's record is now 1-4. Dumont's Kiera Reilly would pitch the win and record 9 Strikes outs. Daniella Veluzzi would have a game high with 3 Runs Batted In.  Kelsey Boyhen hit the games only Home Run.
Ridgefield park next plays on Wednesday-28-April against Dwight -Morrow. This will be played on the Softball Diamond in Biggs Stadium. First Pitch is scheduled for 4:00p.
The Men's Baseball Scarlets hosted the Dumont Huskies on the Baseball Diamond in Biggs Stadium.  The game would be a close contest with Dumont finding the extra run they needed to come away with a 7-6 win. Ridgefield Park's record is now 1-4. The Scarlets would get doubles from  Alexavier Ortiz and Rich Martinez. Dumont would be led by Luke Gibbons with 2 Runs Batted In, off of a Double and a Triple.  Matthew Fredrick would record the win in relief and throwing 3 Strikes outs. Ryan Searles would have 11 Strikes Out for the Huskies.
Ridgefield Park next  play on Wednesday-28-April at Dumont. First Pitch is scheduled for 4:00p.
Select photos from the Bogota Blog NJ collection of Ridgefield Park Sports are now available for purchase.
These may be order from the Bogota Blog NJ Zenfolio store at:  Bogotablognj/ Ridgefield Park Sports
( To help support Bogota Blog NJ with it's coverage of Local stories & sports
please contribute at: donate to Bogota Blog NJ ) 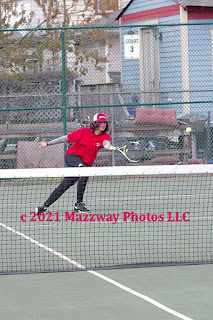 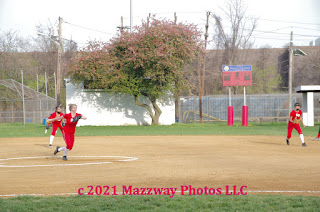 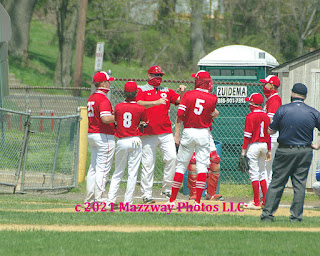