9-October-2021
On Saturday-9-October the Bogota Football Bucs traveled to Elmwood Park to play the Crusaders. Original scheduled for the day before, it had to be delayed one day for covid testing. The game was a match-up between the only two teams undefeated in the Union Division.  Also both teams have limited their division opponents in scoring, while successfully  putting points on the board for themselves.  This would be game of attrition where the defenses would control the flow of play. And the game was scoreless at the end of the first quarter.
Bogota would have the first chance to score as they went deep in the Crusaders end of the field  to start the second 12 minutes of play. The Bucs first try at getting points ended when Derrick Romero intercepted a pass in the end zone. Elmwood Park took advantage, given by their defense, to go on an 80 yard drive down the field. This ended with Alex Picinich catching a 20 yard touchdown pass from Derrick Romero. The extra point was made and the home team had a 7-0. This score line stayed this way until deep into the final quarter.
In the fourth quarter the Crusaders’ defense had Bogota pinned down near their own end zone. When the Bucs were forced to punt Bogota’s punter Gabriel Nunez was run into by an Elmwood Park rusher. This gave the visitors a new set of down to work with. Bogota used this opportunity  and move the ball to with in one yard of scoring. The Crusaders defense stopped Bogota from scoring and took over on down. With possession on their own two yard line, and under five minutes left to play, a first down would limit Bogota’s chances to tie the game.  But now it was the Bucs defense to force their opponents to punt from their own end zone.  When the ball was snapped too high it flew over the end line and Bogota’s first points of the game would be a 2 point safety.
This also means that the Bucs would get the ball back just inside Elmwood Park territory. Using running plays from Gabriel Nunez and Mathew Levesque this combination move  Bogota to have the ball on the three yard line and just over a minute to play. Mr. Nunez would push his was into the end zone for the major score. The two point conversion was stopped short giving Bogota an 8-7. With 55 seconds left to play the Crusaders started the final drive of the game. Aided by an unsportsmanlike penalty  Elmwood Park kept moving closer to a winning score.  Another Romero to Picinch connection put the home team on the Bogota one yard line with time ticking down. Mr. Romero tried a dive over centre but the Bogota defense front line pushed hard enough forward to hold the ball carrier short of the goal line. Since both teams were left with no time outs the final three seconds counted down to give Bogota an 8-7 come from behind victory.  Bogota’s record is now 4-0.
They next play on Saturday-16-October against Palisades Park. This will take place on Fiegel Field the kick  off scheduled for 1:00p. This will also be the Senior Game for the 2021 Season.
Select photos from the Bogota Blog NJ collection of  Bogota Sports are now available for purchase. These may be order from the Bogota Blog NJ Zenfolio store at: Bogotablognj /Sports
( To help  support Bogota Blog NJ with it's coverage of Local stories & sports
please contribute  at: donate to Bogota Blog NJ ) 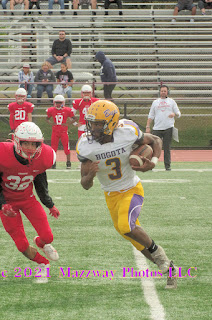 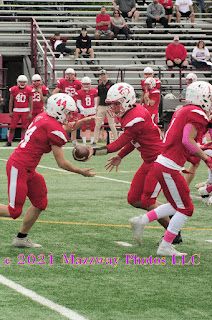 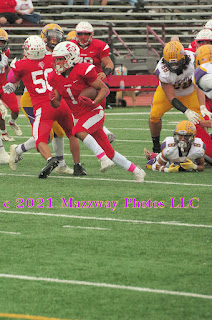 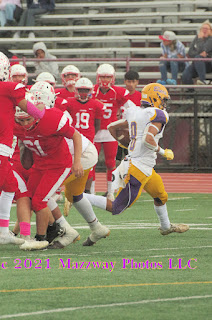 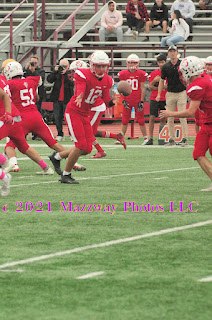 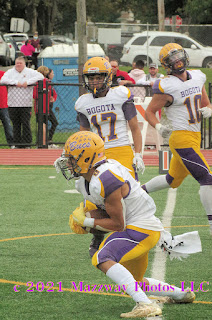 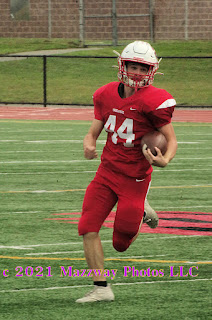 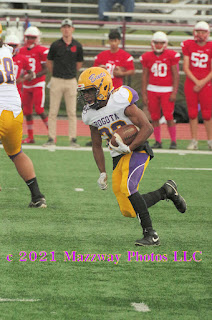 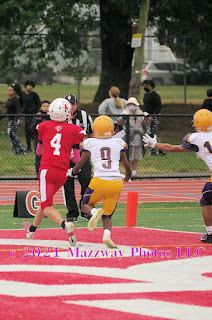 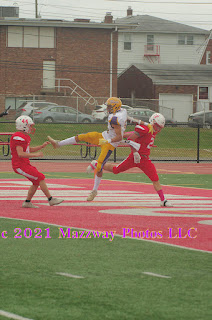 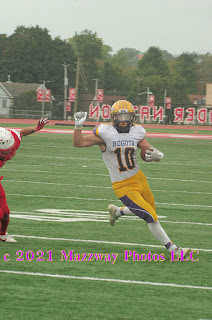 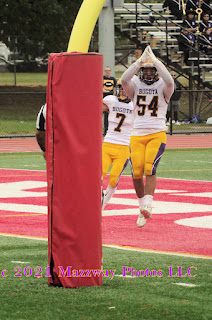 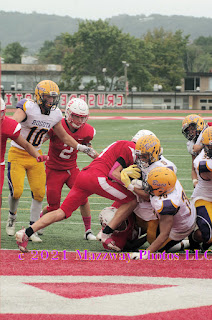 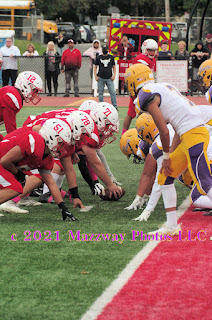