30-October-2021
On Saturday 30-October the Village of Ridgefield Park held the annual Rag-A-Muffin parade.  Almost 50 costumed Children, and some Adults,  gathered at Fellowship Park along Euclid Ave. to show off their creations for this year.  The attendees were placed into seven different groups, ranging for newborns to three years old and going to those aged eight and older. There was also a division  for  groups and Families,  themes that would roll along the parade route, and Children from Out of Town.  The parade started at Hobart St. and walked down Euclid Ave, to Cedar St where they would display their costumes to the panel of judges. Then all the costumed characters were offered an early Halloween Treat and walked back to the start to await the judges decisions.
While the votes were being counted the Families were entertained with a magic show. Members of the audience were asked to be a volunteer in the show. The younger assistance helped by making balls appear and multiply, having silks change colours, and even allowing a rabbit to pop out of a closed pot.  The older volunteers took part in making rings lock together or successfully, but really successfully, tying the magicians hand and legs together.
Finally it was time to announce the winners. Prizes from 4th to 1st were given out in each division. Then special trophies were awarded to costumes that were: most original, best Halloween Sprint, best design, and Judges Choice for best overall. Some of the top prizes costumes were: A Mine Craft figure,  Women as Astronauts, the cast of A Nightmare Before Christmas,  the cast of the Wizard of Oz, and a walking candy vending machine.
( To help  support Bogota Blog NJ with it's coverage of Local stories & sports
please contribute  at: donate to Bogota Blog NJ ) 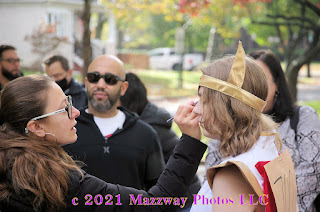 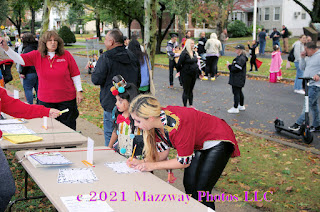 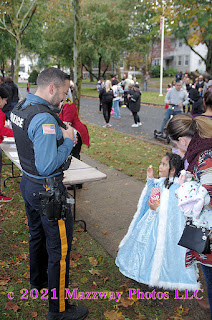 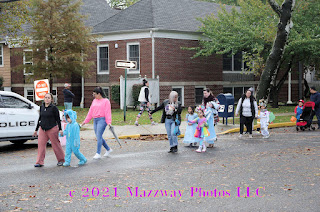 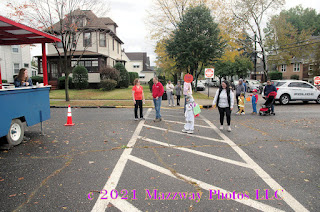 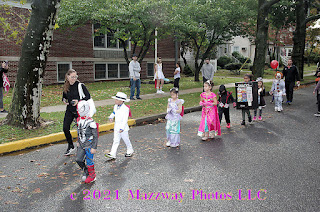 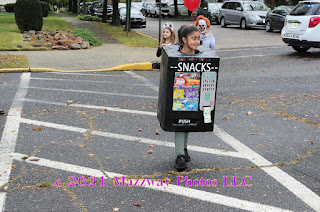 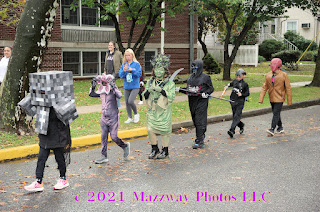 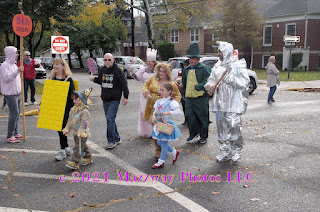 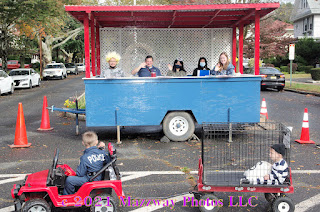 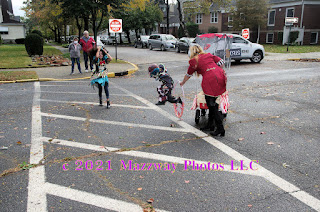 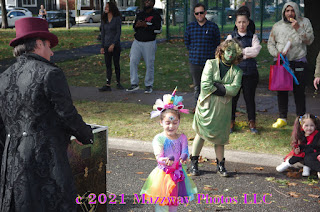 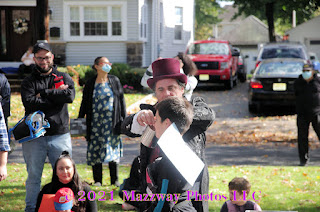 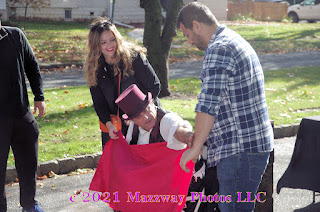 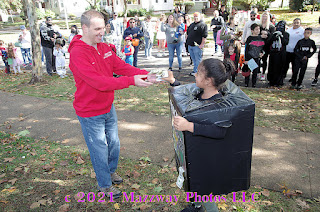 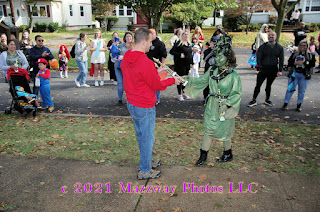 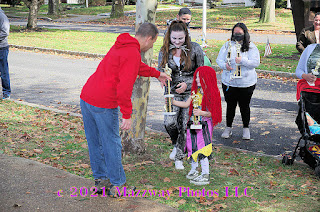