29-October-2021
On Thursday-28-October the Bogota Football Bucs would travel to Palisades Park to play the Tigers in a Union Division Semi-final game. Bogota would receive the opening kick-off to start the game. The Tigers would try an on-side kick, but the ball did not travel the needed yardage and the Bucs began their first possession  in the offensive  zone.   Before the game was two minutes old Bogota's Vance Mixon broke through the defense's front line and raced 40 yards for the opening score. Andreas Cabrera converted the extra point and the Bucs would have a 7-0 lead.  On their next series of plays  Bogota the got a major score from a 10 yard by Michael Olivia, The Tigers would block the extra point giving Bogota a 13-0 advantage after the first 12 minutes.
Bogota would control the second quarter by scoring three times. The first was an  8 yard run by Gabriel Nunez. Mr. Nunez then scored the two point conversion to make it a 21-0 game. Next Joseph Perpepaj broke down the right side for a 48 yard score. Towards the end of the half The Bucs Michael Olivia had his second interception of the game at mid field. Bogota move closer to the end zone and would use a halfback option pass by Michael Olivia  to Gabriel Nunez 12 yards out for another touchdown. As Andreas Cabrera connected on his third extra point of the game Bogota took a 35-0 lead into half time.
After the restart the only score would be a 5 yard touch catch by the Tigers Jesus Castillo from Nicholas Palermo. Joshua Cho would run in the two point conversion, The game then ended with a 35-8 win for Bogota.
The Bucs' record is now 7-0. They will play the winner of the Saddle Brook- Elmwood Park game on Saturday-30-October for the Union Division title scheduled for Saturday-6-November. This will be held at Feigel Field with a kick-off scheduled for 1:00p. 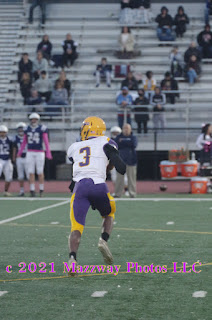 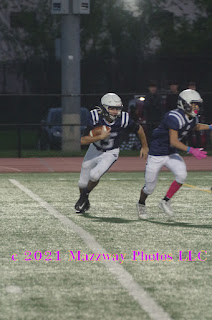 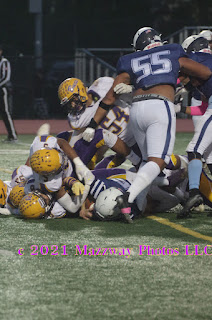 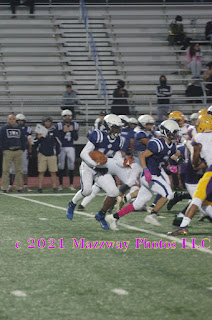 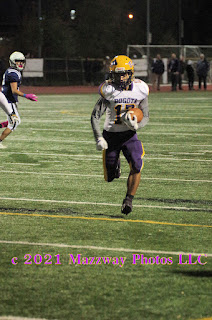 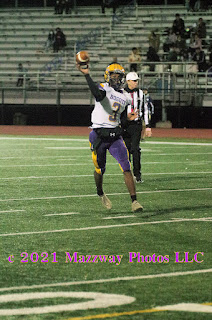 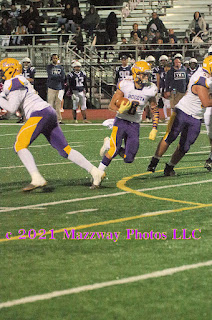 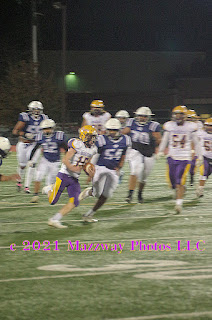 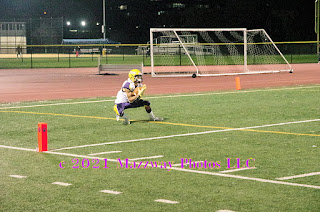 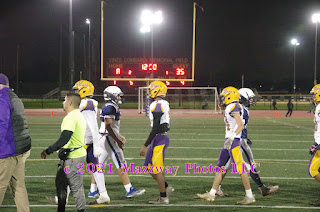