18-October-2021
On Saturday the Bogota Football Bucs played the Palisades Park Tigers at home on Feigel Field. Bogota would recieve the opening kick-off but could not maintain possession and had to punt. On the Tigers opening drive they would get into scoring position thanks to a 70 yard run by Tyre Porter.  Mr.  Porter was tracked down by Bogota's Siffredo Gonzalez short of the goalline.  A few plays later Tyre Porter was able to finish the drive with a 6 yard Touchdown run.  The Bogota defense was able to block the extra point and the score had the Tigers leading 6-0.  After a Bogota run into the endzone was called back to to an offensive penalty, and Bucs would again be on a drive down the field.  This time Gabriel Nunez would have a 9 yard rushing touchdown. The extra point was unsuccessful and the game was tied after the first 12 minutes 6 to 6. Bogota would have the only score of the second quarter when Gabriel Nunez forced his why into the end zone for the major score. Andreas Cabrera converted the extra point to give the Bucs a 13-6 lead at the intermission.
After the restart Palisades Park  put together a drive that moved them deep in to Bogota territory. The Tigers tried to continue to hold possession on a fourth down and long, but were stopped from getting the first down.  Bogota could not sustain any offense and had to punt the ball back to the visitors. Gabriel Nunez punt would get added by the breeze and land inside the Tigers ten yard line. The Bucs defence would again keep Palisades Park from getting a first down and they need to punt the ball away. This time the wind cause the ball to come down  close to where it was kicked from and gave Bogota another scoring chance. Gabriel Nunez found enough space on near the right sideline to record his third touchdown of the day from 15 yards out. Andreas Cabrera  again converted the extra point put the ahead Bucs by a score of 20-6. Neither team was able to score in the final quater and Bogota ran out the clock for a 20-6 home win.
The Bucs record is now 5-0. The next play at Emerson on Friday-22-October. This is scheduled to have a 7:00p kick-off.
Gabriel Nunez finished the game with 3 Touchdowns, 113 yard rushing , and 28 yards receiving.  Bogota's Vance Mixon completed 4 passes out of six for 45 yards.
This was the Senior game for the 2021 season. The Senior Bogota Football players were honoured before the game.  With the Seniors of the Bogota Marching Buccaneer Band having their ceremony after their halftime show.  Story on both these event can be seen at: https://www.bogotablognj.com/2021/10/senior-day.html
Select photos from the Bogota Blog NJ collection of  Bogota Sports are now available for purchase. These may be order from the Bogota Blog NJ Zenfolio store at: Bogota Band   and Bogota Football
( To help  support Bogota Blog NJ with it's coverage of Local stories & sports
please contribute  at: donate to Bogota Blog NJ ) 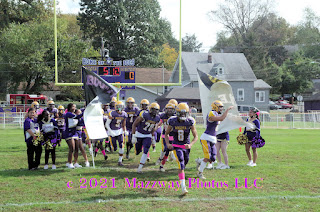 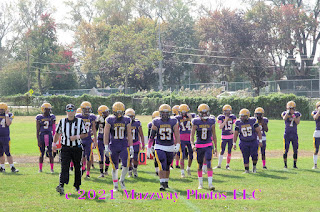 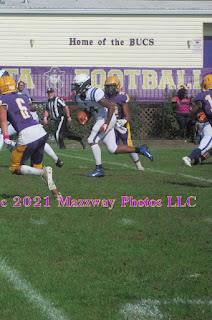 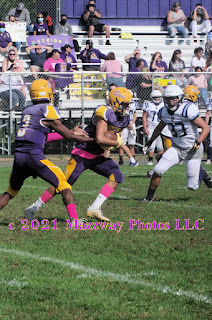 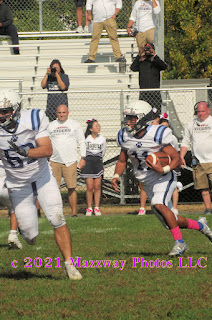 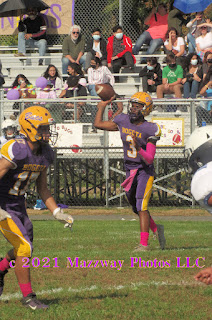 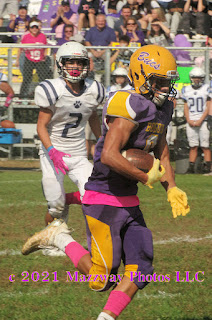 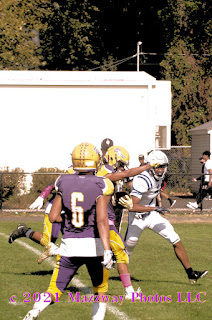 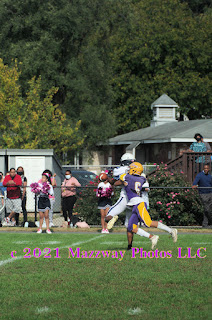 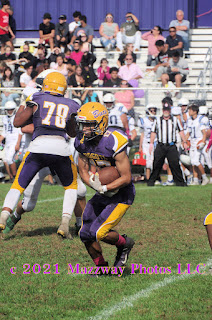 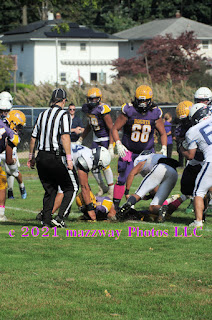 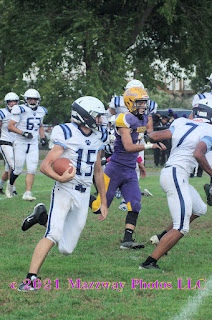 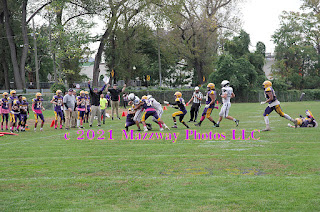 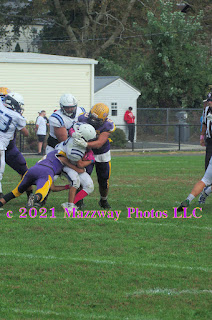 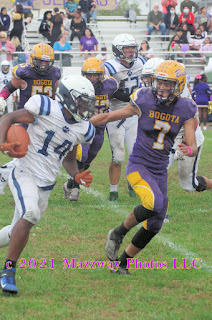